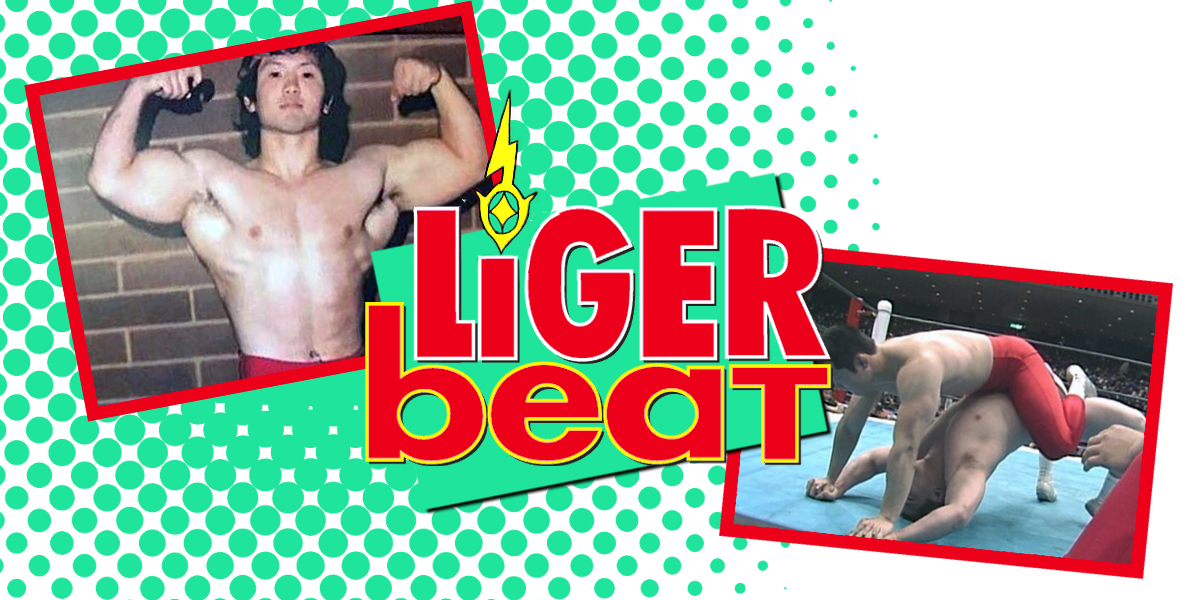 Top prospects come and top prospects go. Whether due to injury or a lack of motivation, we all can recall certain “can’t miss” prospects in sports and pro wrestling that for one reason or another didn’t pan out and become a source of embarrassment that calls into question our evaluation skills. October 3, 1995, is a date that lives in infamy by many to be the day when OJ Simpson was found not guilty of double murder. For me, it was the day I realized I was going to witness greatness for the foreseeable future. Being able to stay up on a rare school night, I watched the Atlanta Braves make another charge into the postseason against the upstart Colorado Rockies. In that game, Chipper Jones hit two home runs including the game-winner in the top of the ninth inning.

Chipper had a great year and was for sure pegged as a blue-chip prospect throughout baseball, but it was what he did here on the grand stage that propelled him to become one of the greatest players within baseball for the next fifteen years.

Sumo Hall was newly minted in April 1985. Opened just three months prior, New Japan booked its first show inside what would become its most hallowed ground. A huge match was needed for the occasion and the newly deflected Bruiser Brody squaring off against Antonio Inoki for the first time certainly fit the bill. It was an intriguing match in a promotion and country that was rising overall with popularity for pro wrestling. Filling out the card was not a necessity and looking over the results of this show, that is evident. Tatsumi Fujinami vs Strong Machine #1 is the semi-main and then a lot of inconsequential tags and mid-card matches follow.

Stuck in the middle, however, is the final of the Young Lion Cup. This was a new tournament debuted in 1985 and in retrospect, it is filled with an insanely deep roster. Keiji Mutoh, Shinya Hashimoto, Masahiro Chono, Masaharu Funaki and Naoki Sano all competed but fell short of the finals. The finals consist of Shunji Kosugi and Keiichi Yamada. Kosugi is an odd choice and feels like a journeyman stuck in this moment of history of NJPW folklore.

Debuting in 1981, Kosugi had to abruptly retire in 1988 due to injury. His appearance in the finals here is mainly shown as a measure of seniority within the Young Lion system. The follow up doesn’t show any sustained push for Kosugi and in fact, he never even contended for a title. Early in his career, he was positioned as a rival for Yamada and defeated him in every singles encounter up to this match.

One of Yamada or Liger’s strongest attributes is that he is a career-best opponent for many other great workers. Great Sasuke, Shinjiro Otani, Koji Kanemoto, Naoki Sano and El Samurai can all say their best ever in-ring offerings had Liger on the opposite side. This match proves that trait was found early on in Yamada’s career as I feel confident in stating this is the best match of Kosugi’s career.

Yamada garners a great reaction from the crowd and even a stray streamer to prove we are in a past era of New Japan. Fujinami is the referee and looks like a proud papa sending his kids off to college. Kosugi carries the substantial size advantage and takes over with the early control of the mat work as calls for YAMADA come from the Sumo Hall crowd. Yamada gains control with an arm lock, headlock, shoulder tackle and slam for a quick one count. Yamada transitions into the hammerlock and it is easy to see the spark that makes Liger one of the all-time greats. The mat work carries a constant sense of motion and struggle in his matches that forego any thoughts to the viewer that they are just filler. Kosugi is able to power Yamada up and into the corner and the match reaches a reset.

More of the same occurs with Yamada looking for the hammerlock and showing his superiority with the ground game in the early portions of this match. Kosugi gains the advantage mostly through power and locks on an arm submission that forces Yamada to reach the ropes for a break. Yamada switches up the attack and goes after the leg of Kosugi to try to ground some of the power and size advantage that he carries. Yamada uses a quasi-claw hold to be on top of Kosugi and fires off the first open hand slap of the contest.

This pisses Kosugi right off as he goes after Yamada’s leg with more tenacity locking in the New Japan Young Lion staple, the half crab. Yamada fights off of that and it is transitioned into a figure four for Kosugi. Yamada is able to reverse that and the two are tangled into the ropes with the clean break. Kosugi attacks right away and Yamada is seeking more desperation by going after the face of Kosugi to try to thwart the attack. Kosugi shows more fire with little kicks and clinching the leg. Yamada is able to hit the best strike of the match so far with a front kick that garners some “ohhhs” from the crowd.

Yamada picks up the pace and sends Kosugi to the outside with a dropkick. The crowd comes abuzz to see Yamada take flight and he does hitting a crossbody to the floor. Now the crowd heat is sustained as we are entering the final moments of the match. Yamada lands a German right next to the ropes and Fujinami doesn’t even start a count. Yamada puts Kosugi to the outside to buy some time to tend to the injured leg. Back inside we get a violent double clothesline and both men are out. Yamada then uncorks a really nice-looking flying shoulder block in the ring where he spins around for a two count. He goes for the top rope diving headbutt but misses giving Kosugi the opening he has needed.

Kosugi hits a brainbuster that gets a two count and amazement from the crowd that Yamada kicked out. Back suplex also gets two and you can really sense the crowd is pouring out their adoration for Yamada to somehow pull off this victory. Running powerslam and Kosugi goes up top to hit a crossbody for another close two count. Kosugi’s best-executed power move of the match is next with a piledriver that again gets only a two. Going back to what brought him success in the early going, Kosugi hooks on a triangle choke focusing on the arm. Yamada tries to maintain his footed position, but the strength drains from him. Yamada musters all of his strength into the ropes to gain a break. Two quick punches from Yamada and he teases the dragon suplex to a big gasp from the crowd. Yamada is able to lock on a great jumping tombstone for a two count. Looking for the dragon suplex again, it is not meant to be as Kosugi rolls to the outside. Kosugi ends up grabbing a flash small package that was not executed great and gets the three count. A nice round of applause comes from the crowd showing their appreciation of the contest.

The first ever Young Lion Cup Final, at the first ever New Japan card in Ryogoku. Shunji Kosugi vs Keiichi Yamada. This is pretty, pretty great. I hear that Yamada kid went on to do some kind of Masked gimmick. https://t.co/jFoM3JbuMG

As always, history is written by the winners and Yamada’ illustrious career far outweighs Kosugi. In many ways, this is Kosugi’s career highlight. Still, it is fair to say that the successes of this match are mainly attributable to Yamada. He had the crisper striking, the better crowd reaction and the more proficient execution of the big suplexes in the latter half of the match. Most of the thematic elements that drew the crowd in were a direct result of the things that Yamada was doing. Kosugi was an adequate crowbar wrestler, but he was unable to hold his own on the charisma standpoint. Yamada would amazingly have to wait two more full years to obtain a singles victory over Kosugi, but it was clear who was the victor in the crowd’s mind starting on this night.

If forced to list out a top ten matches of Liger’s career, this one won’t make the cut. Hell, it may not even make a top fifty given how deep and varied the resume is. Even at the time, the match wasn’t some cult favorite that people were having to seek out like the Dynamite Kid vs Tiger Mask series. Dave Meltzer has one line on the match in a June 1985 Observer stating it was among the best matches he had seen recently from Japan with Brody vs Inoki and Chigusa Nagayo vs Lioness Asuka sharing that honor. That line from Dave that would be a throwaway tweet currently for a multitude of individuals did propel some notoriety in Western fans to take notice of Yamada and Kosugi going forward. Whereas Kosugi faltered in the mid-card and had his career cut short, Yamada became one of the greatest wrestlers of all time. Some prospects flame out, but the all-timers always rise to the top.