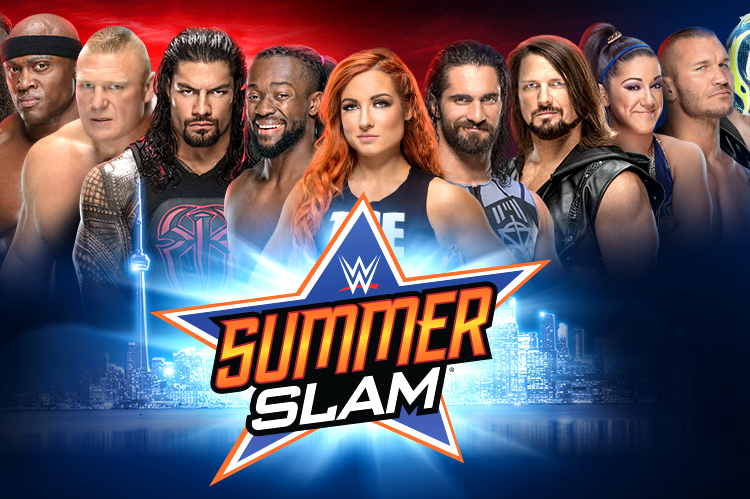 This year, WWE is bringing SummerSlam to beautiful Toronto and many wrestling companies have taken the ‘Mania Weekend approach in booking shows around the area before the big WWE PPV. This “SummerSlam Week” will start on August 7 and will run all the way to August 14’s SmackDown Live show.

Let’s take a look at the shows that will go down in Toronto. 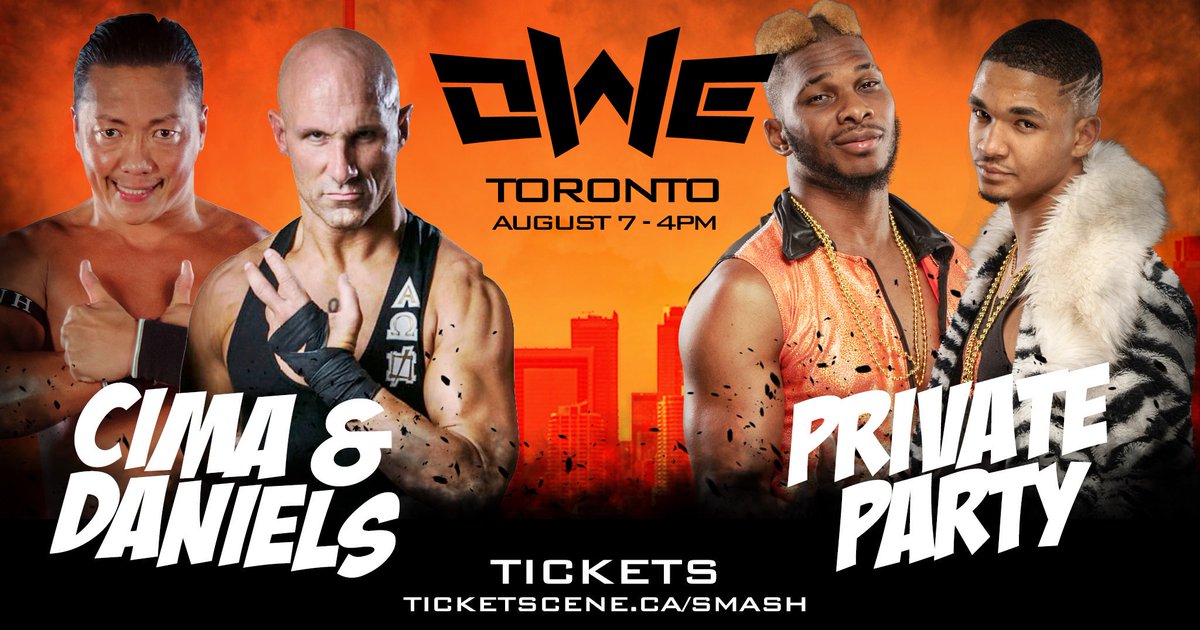 Oriental Wrestling Entertainment is a Chinese company that has a partnership with All Elite Wrestling, they offer high octane acrobatic action that will be completely different from every other show in Toronto this week. Due to some Visa issues, these Chinese wrestlers have been unable to perform in the US, but this first show in Canada will finally give them some important exposure to western fans. Also, there’s a big presence of AEW wrestlers, as well as CIMA and his STRONG HEARTS. Be on the lookout for young Gao Jingjia, one of OWE’s most talked-about gems. 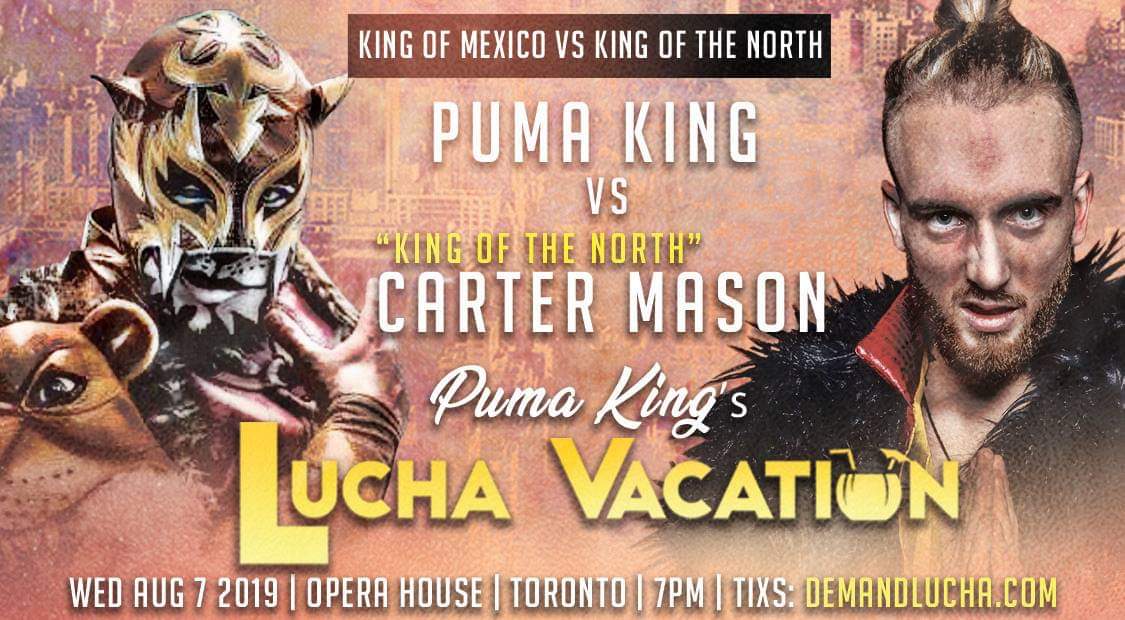 The charismatic luchador Puma King will have his own themed show featuring 6 matches, live music and giveaways. Tickets are very cheap, so this is a great opportunity to experience some fast paced masked action. 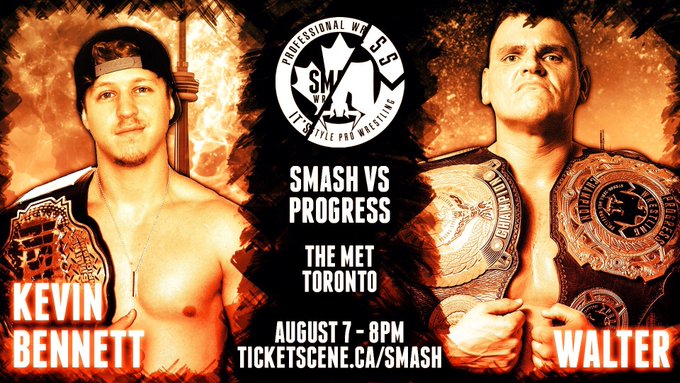 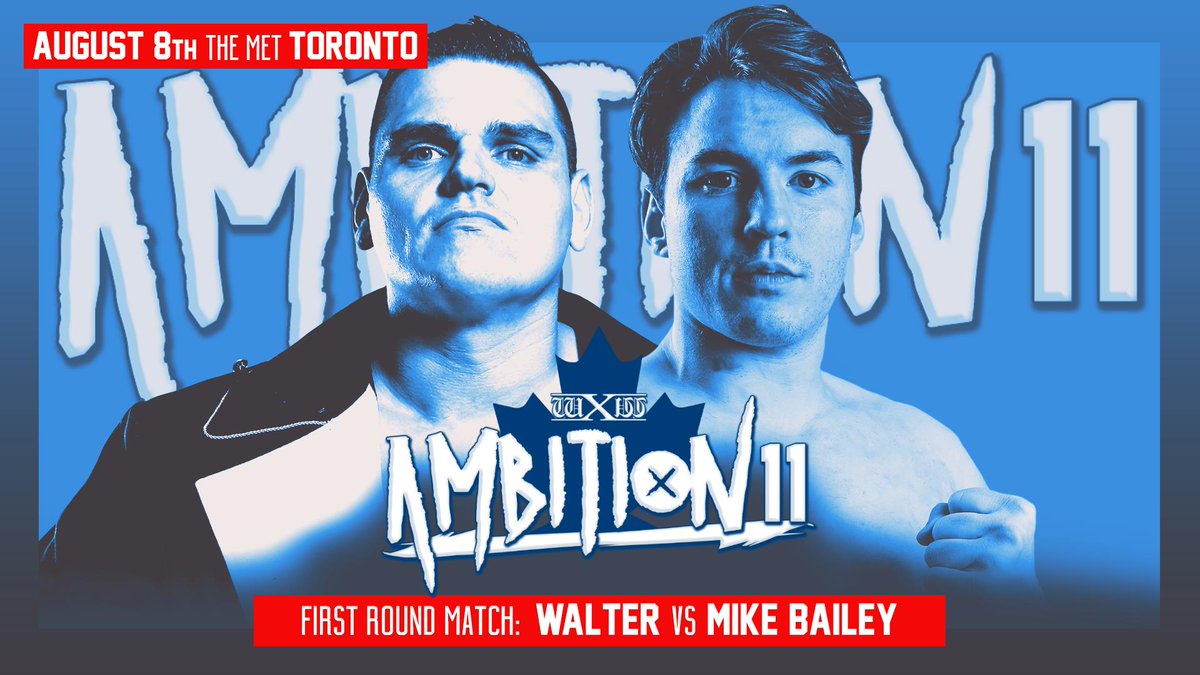 The popular German company wXw is bringing the eleventh edition of their shoot-style pro wrestling tournament called ‘Ambition’ to Canada, plus a ‘Superfight’ between Tyson Dux and the shoot expert and BattlARTS founder Yuki Ishikawa. 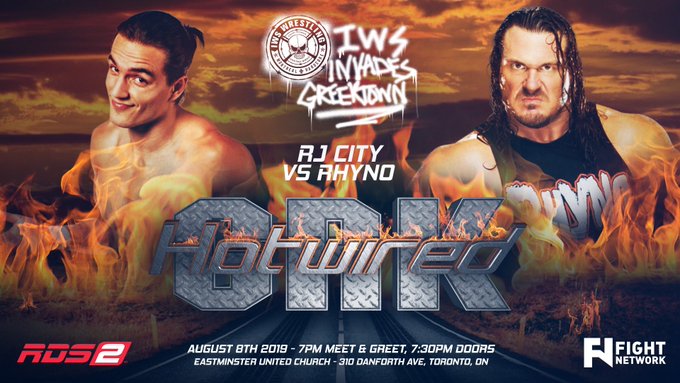 A Toronto based indie promotion that will feature some interesting names in this card: Rhyno and Necro Butcher. The show will be broadcasted live in both English and french through Fight Network and RDS2 respectively, so you know the company will try its best to impress. 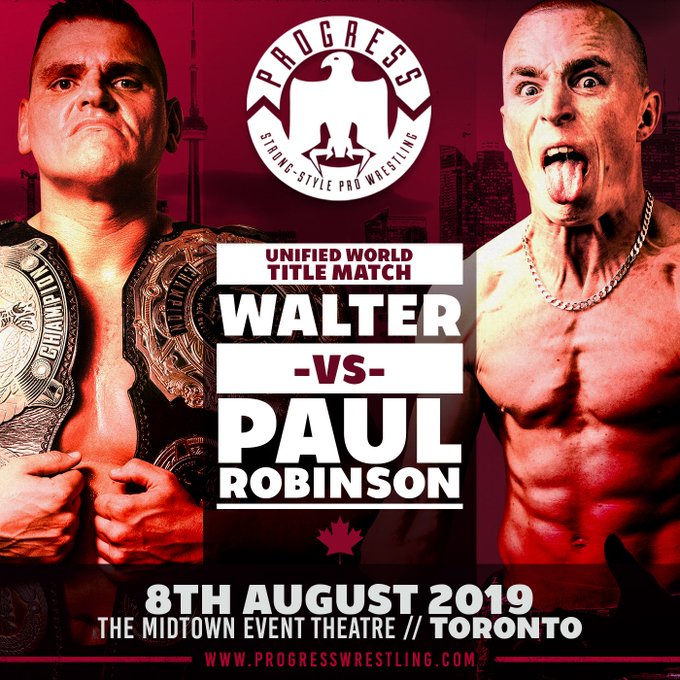 PROGRESS Wrestling will feature stars like WALTER, Jordan Devlin, Toni Storm, David Starr and Chris Brookes. Two title matches and an appearance by the coolest tag team in the world, The Butcher & The Blade should be enough to deliver a great night of wrestling. 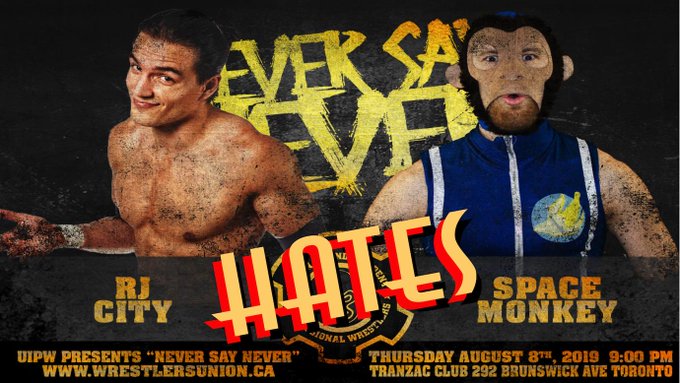 No, this is not a David Starr initiative, The Union of Independent Professional Wrestlers is just the name of a Canadian indie company that will run a show featuring the likes of Josh Alexander, Addy Starr, RJ City and Space Monkey.

A secret show that is so secret there’s no venue announced. According to the Facebook Event, this ‘will be a party’. You can find tickets and more info by shooting an email to [email protected] 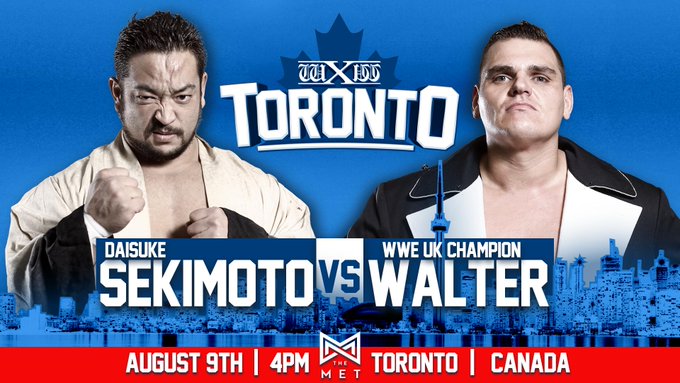 The second wXw show of the week has WALTER vs. Daisuke Sekimoto in it. If that doesn’t make you want to buy a ticket, nothing will. 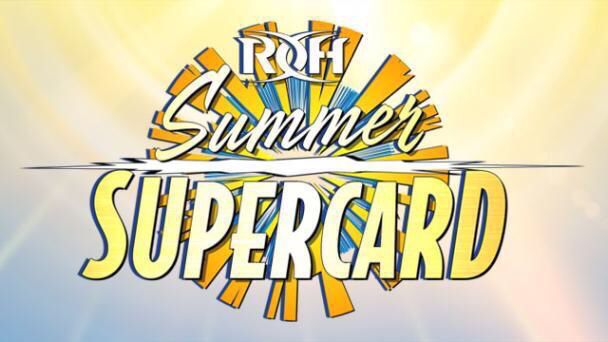 Alex Shelley’s highest-profile match since returning to wrestling, Briscoes and GOD continue their long feud, Rush and Castle settle their difference in a No DQ Match and an appearance by Luchador of the Year contender Bárbaro Cavernario. Can ROH get back on track with this show? 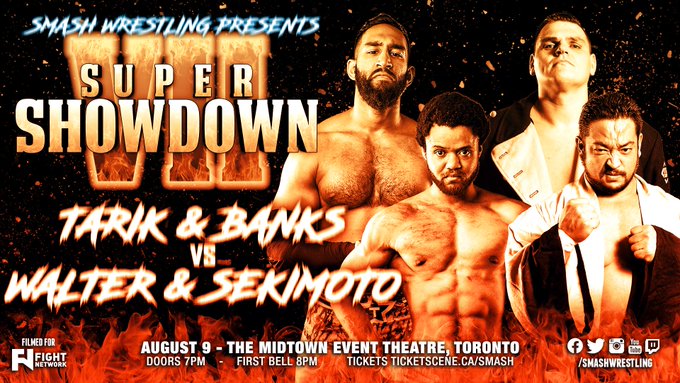 Smash Wrestling’s biggest show of the year will feature a highly anticipated Kevin Bennett vs. Mike Bailey match for the Smash Championship, the return of Rosemary, LuFisto vs. Jordynne Grace and the dream team of WALTER & Daisuke Sekimoto. 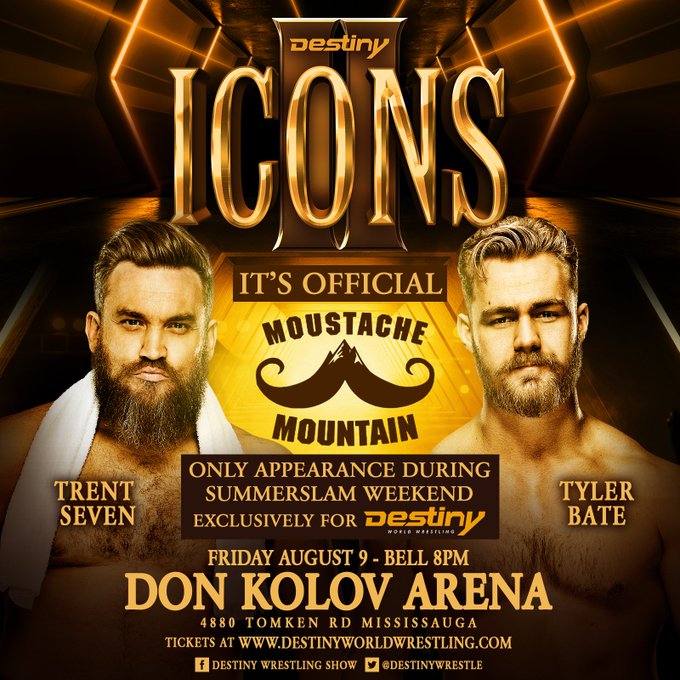 This one is a bit far from all the action in Toronto (about 1 hour away by car) but Destiny has put up a stacked card with wrestlers such as Tyler Bate, Christopher Daniels, Sami Callihan, Tenille Dashwood, Josh Alexander and more. Definitely worth checking out if you have space on your schedule. 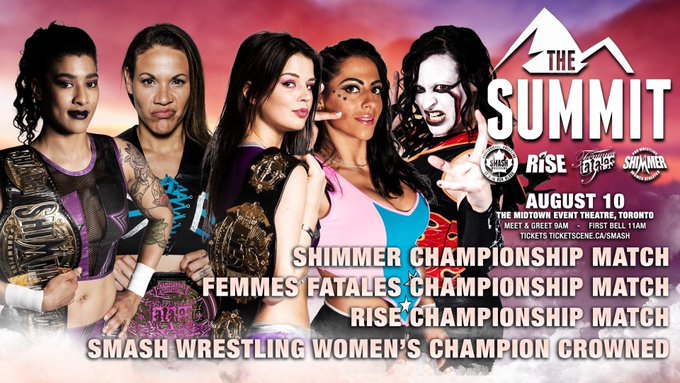 Midtown Event Theatre, 11 AM (Meet & Greet at 9AM)
Tickets

A fantastic showcase of independent women’s wrestling from the US and Canada that combines the talent of SHIMMER, SMASH Wrestling, Femme Fatales and RISE. The top belts of all four companies will be on the line in singles matches and the legendary Bull Nakano will be in the Meet & Greet that starts a couple of hours before bell time. 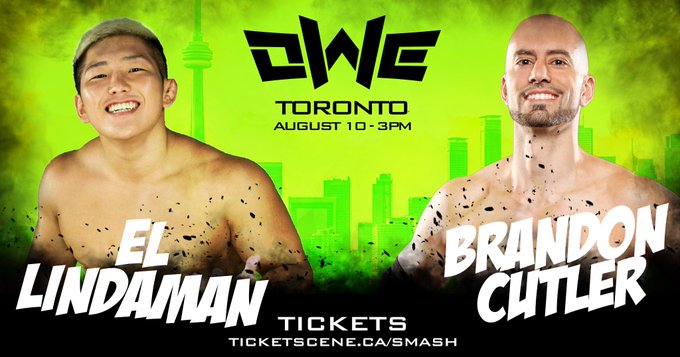 The second OWE show of the week looks fantastic. CIMA, T-Hawk and El Lindaman will be having singles matches and Sammy Guevara vs. Gao Jingjia should be an absolute spectacle. With AEW’s influence, OWE might explode soon: this might be your last chance to see them for such a low price. Go to this show. 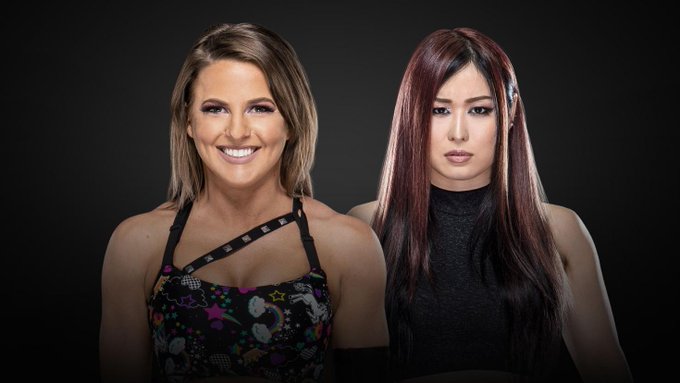 Be on the lookout for Voices of Wrestling’s full preview of this show coming later this week. 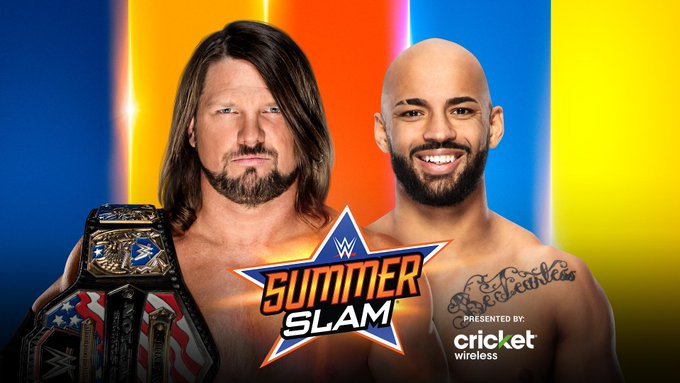 We’ll have a full preview of WWE SummerSlam 2019 at VoicesofWrestling.com this week. 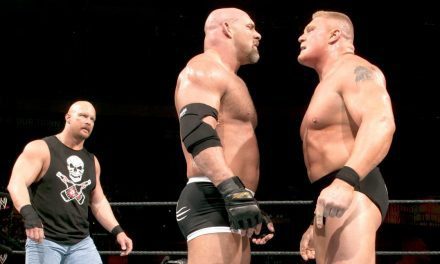 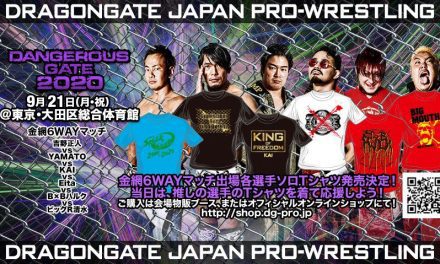