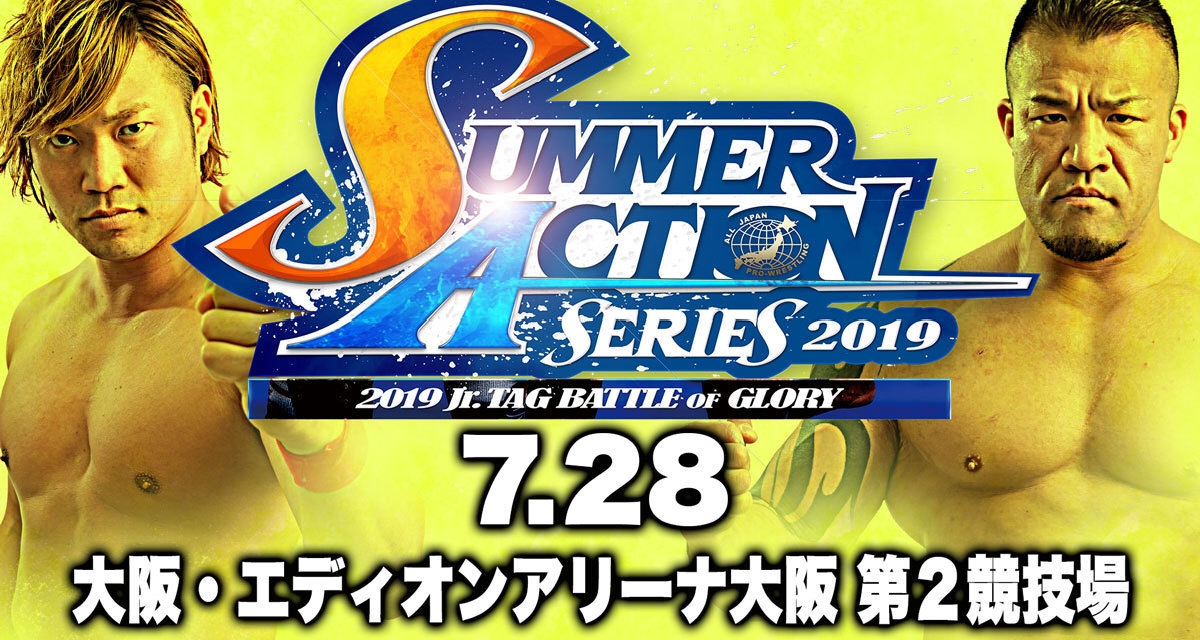 Akiyama would rather throw Tamura into the guardrails outside than wrestle. Akiyama definitely did the least in this match of any of the guys and it was ok when he wasn’t in it. Eisa8 pinned Tamura with a Diving Double Kneedrop of the to rope. **1/2

It’s botchamania weekend for Jake Lee who botched a DDT against The Bodyguard here, after dropping Shuji Ishikawa on his head yesterday. This match was decent enough while it lasted, but Nomura got a flash on with the Lancer followed up with a roll through into a Jackknife Hold for the win on James at 6:48. James has been doing a lot of jobs in tag matches lately which is strange given he had an incredible Champion Carnival this year that showed how good a worker he has become. Makes me wonder if he’s not long for AJPW. These guys are definitely capable of better than this and given this show ran just under two-and-a-half hours, the time they got here was strange. **1/2

However the rest of the match was decent with Uchida and Aoyagi being the standouts. A cradle duel between Ishikawa and Aoyagi ends with Ishikawa getting the better of Aoyagi with cradle of his own for the win. **3/4

This was the best match of the undercard. Everyone got in their spots and we got some high flying. Francesco was the standout here. Iwamoto got the win on Omori with a STO in just under ten minutes. We need more simple but good stuff like this on AJPW undercards. ***1/4

This turned out to be the best match of the tournament. This went about 22 minutes and had a slow but solid build. KAGETORA put in effort here and I thought Santa Maria looked the best she has all tournament. A subplot of this match was Okada and Santa Maria trying to kiss each other in order to surprise another. It’s Okada that kisses Santa Maria to gain the advantage at a key point near the end of the match.

Closing few minutes were tremendous. This might have also been one of Sato’s best performances. He and KAGETORA had a heated back-and-forth with a bunch of near falls that ended with Sato submitting KAGETORA with a Cross Arm Breaker. The sentimental favorites win the tournament. ****

Miyahara’s 2019 shows no signs of slowing down. What is most impressive about this match is that these guys are able to top their past matches, one of which last October was on the Top Ten list for many people in 2018. Like all Miyahara matches, it doesn’t feel like this went over 30 minutes, but in this match in particular, they kept up a pretty good pace.

They also top their previous matches by going for new big spots like Miyahara hitting a German Suplex on Zeus from the ring apron to the floor.

The closing stretch of this match was definitely one of the best Miyahara has had all year. It was a simple but effective story of Zeus of using his strength to break free of Shutdown German Suplex attempts. Zeus almost even managed to escape from the Shutdown German Suplex that eventually put him away. Miyahara has done it again but Zeus was no slouch here either pulling out lot of stuff himself. This was Miyahara’s V6 defense of his fourth reign. ****1/2

This was definitely a much better show than the previous night. Top two matches delivered big time. Some stuff on the undercard could have used more time, however.

This show drew 886, up from 583 the night before. Combined, that is still a long way from the 2,458 that Miyahara vs. Zeus for the Triple Crown drew in Osaka last July.

This was also the first Miyahara Triple Crown match that drew less than 1,000 since February 26, 2017 where Miyahara defended the title against The Bodyguard coincidentally also in EDION Arena Osaka #2. That show drew 877. Miyahara had four title matches during his first reign that drew less than 1,000. So this is a digression. We didn’t get any indication of who the next challenger will be, as there will be a Korakuen Hall show on September 3 at the end of the next tour and before the Oudou Tournament later on in September.

While Miyahara continues to be an incredible champion, there cleary has to be some work done to create some credible challengers for him that can draw. 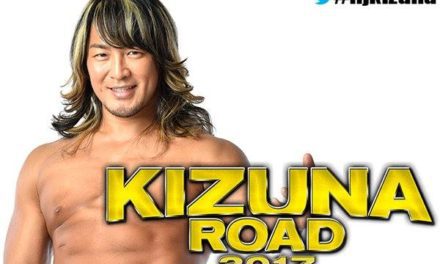 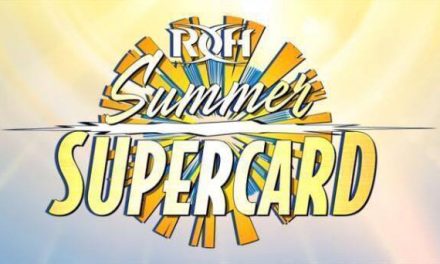