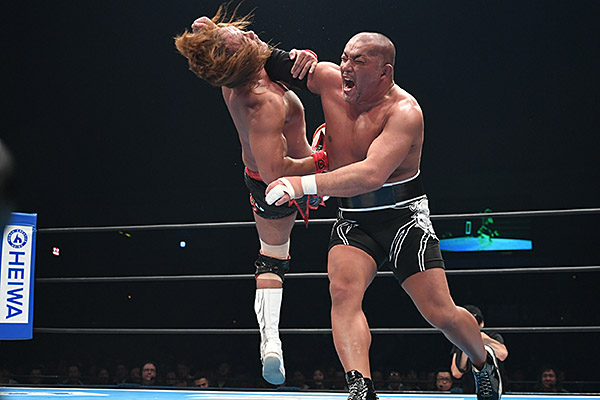 This was every Toru Yano match ever. Which means it was quick and unoffensive. Yano’s tournament has already peaked with wins over Naito and White and it’s unlikely he will get any wins going forward. Juice has been doing well in the tournament so far and he is well-positioned to play spoiler at the end of the tournament.

First things first I have never been a fan of their matches and this didn’t really impress me either. With that said I think this was their “best” match against each other, which isn’t saying much, as it at least was free of any interference.

Most of the match is some uninspired brawling around the ring and just never had the intensity of other G1 brawls. The match felt like it was stuck in first gear the entire time. It also didn’t help that the match was about five minutes too long

They start off hot with some brawling and immediately the intensity missing from the previous match is noticeable here. Afterwards, they transition into Moxley working over Shingo’s leg, which is not a direction I expected this match to go in. But its good to see that Moxley is having a wide variety of matches in the G1.

Shingo sold the leg well and buckled when he had Moxley up for the Made in Japan. Moxley then continued to assault his leg with a chair. They have a hot closing stretch and Shingo even successfully pulls off the Made in Japan. The only thing that bothered me about the match was Moxley wrestling most of the match with his kneepad pulled down and it looked like a weird sock.

Overall a very strong performance from both men. However, I wouldn’t put in the top echelon of this tournament. But it told a good coherent story and was highly enjoyable the entire way.

Jeff Cobb is someone that needs the right opponent to have a great match and Jay White is not that opponent. This match was just very much nothing and even more uninspired than the Goto/Taichi match. The crowd was also very cold for this match, which didn’t help it either.

After going 0-3 you would have expected White to be desperate for a win here and that desperation was just never played up. They wrestled as if they were in a mid-card match on a Defiant show and not the semi-main of a G1 show. Neither man has really impressed on this tour so far. This is especially concerning because Jay White is slated to be a major player in the promotion for the next few years and this is his second underwhelming G1 in a row.

New Japan fans should be concerned about his ability to consistently deliver in ring on a high level. Now part of that might be related to his current character but there are also some fundamental flaws in his offense right now that he might not be able to fix. It just isn’t very interesting when he is in control. He is also overdoing the reversal into the Blade Runner gimmick. It absolutely worked the first time he did it against Okada at Wrestle Kingdom but since then it has become more and more contrived.

A very boring match and a candidate for worst match of the tournament.

The chemistry these two have is unreal. Every match they have had has delivered in a big way and this match is no exception. Ishii has been the MVP of the tournament so far and Naito remains the favorite to win the entire tournament. It is remarkable that at 43 years old Ishii is capable of delivering at a consistently high level. His match with Moxley is a candidate for match of the tournament and while this match didn’t quite get there, they tore the house down regardless.

Both men put their bodies on the line to have a great match. Ishii just tore into Naito with some incredibly stiff strikes, with the standout spot being him turning Naito’s chest into hamburger meat in the corner. Naito meanwhile was just trying to destroy Ishii’s seemingly non-existent neck and Ishii sold well. They built up the pace well and peaked the match at the perfect time. No one in wrestling embodies fighting spirit as much as Ishii and it showed in this match as well. This match properly fired me up and was a step above the rest of the show. A superb performance by two of the best wrestlers in the world and a deserved main even. Naito picks up two incredibly important points in his quest to win G1 and become Naito Two Belts.

One of the weakest nights of the tournament so far. Only two matches Moxley/Shingo and Naito/Ishii are worth watching. The rest of the matches are bad by G1 standards. But at the very least go out of your way to watch Naito/Ishii. 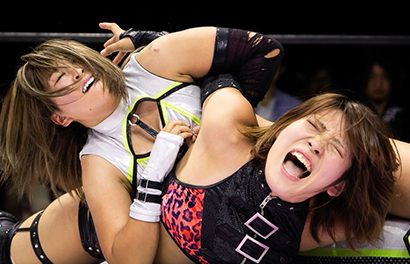