Insane Championship Wrestling (ICW) return to action this weekend (Saturday, July 27 and Sunday, July 28) with their annual summer special, Shug’s Hoose Party. This year will mark the sixth running of the event, with Scotland’s biggest promotion taking over the O2 Academy in Glasgow for two nights of action.

They will be the first major events run by the company since the untimely passing of Adrian ‘Lionheart’ McCallum last month, and his departure will almost certainly have an effect on the atmosphere over the weekend. Lionheart had been scheduled to defend his ICW World Heavyweight title against Wolfgang, but now the vacant title will be contested by Wolfgang and a mystery opponent in night two’s main event.

Both nights currently have a full slate of matches set, so here’s a breakdown of what’s to come and my thoughts.

The planned main event for night one had been Jackie Polo against Jeff Jarrett, but Jarrett was ruled out of the event and has subsequently been replaced by former IWGP Junior Heavyweight champion and current NXT star KUSHIDA. That is certainly a match, albeit one very few expected. KUSHIDA is always fun and probably will go over here, with the promotion likely to try and rebook Polo/Jarrett later in the year. My expectations for the match itself are fairly mixed, as a lot depends on Polo’s performance and the amount of time they’re given.

Joe Coffey will also be in action, defending the ICW Zero-G title against Liam Thomson. It will be the fourth defense of the title Coffey won last December. It’s hard to get too much of a read on what the company intends to do with the guys signed up to NXT UK, but I wouldn’t be shocked to see Thomson win the title. He has been booked strong this year and Coffey could well be moving up to the main event picture for Fear & Loathing later this year.

In the second title match of the evening, Kasey will put her ICW Women’s title match on the line against Aivil. These two have had six singles matches over the last year-and-a-half in the company, with the Italian standout currently up 4-2. Kasey won the belt for the third time earlier this month in a three-way with Aivil and former champion Kay Lee Ray, and the pick is for her to retain here.

Joe Hendry puts his ICW career on the line against Leyton Buzzard in one of the evening’s most anticipated contests. Buzzard has been a regular in the company for a couple of years now, starting as Hendry’s ‘intern’ before gradually getting more singles and tag opportunities. As Hendry doubled down on his heel persona and allied himself with Mark Dallas, Buzzard has gradually shown more babyface tendencies. He has recently stood up to Hendry, and if he wins here he will send his mentor packing from the company. If Hendry wins, however, Buzzard will be banned from speaking until Fear & Loathing. The match stipulation is tropey but the match could be interesting, with Hendry likely coming out on top.

Mark Coffey will do battle with Andy Wild in singles action. Wild guided his team to the final at King of Hawners back in May, beating the Power Forward side led by Mark Coffey in the process. That brings them to a match here, with Wild calling on Coffey to ‘prove he’s not just someone’s brother’. If this stays under 10 minutes and these two work a basic hoss fight, this should be good. If not, it could drag, but Coffey seems the more logical choice to go over.

The only other singles match on the card will see Paul Robinson take on Krieger. Robinson faced Krieger’s tag team partner Lou King Sharp in his most recent appearance with the company, winning and then beating Sharp down post-match, which brought out Krieger. The big Scot has only had one singles match in the company before, and that came against Rickey Shane Page at the start of July, and is generally treated as a bottom of the card act, so it would make sense for him to lose here.

Former tag team champions Rampage Brown & Ashton Smith will also be in action, facing The Purge (Stevie James & Krobar). These teams have met once before, with Brown & Smith defending the tag team titles in a match at the Square Go last year, but I feel that The Purge are likely to win here and move themselves towards a title shot.

The Kings of the North returned to ICW in May to take part in the King of Hawners tournament, going out in the semi-finals to the trio of Andy Wild, Kieran Kelly and Aaron Echo. Damien Corvin was the one pinned in that match by Kelly, setting up a rematch of sorts here. I thoroughly enjoy the work of the Kings, and this is a good showcase for Kelly & Echo, which could lead to a fun bout to open the show.

The talented Irish trio of LJ Cleary, Nathan Martin and Darren Kearney, known as More than Hype, made their ICW debut in May at King of Hawners, losing to the Kings of the North. They return to Scotland on night one, as they face Iestyn Rees and Kenny Williams in handicap action.

As aforementioned, the main event of Night two will be between Wolfgang and a mystery opponent for the vacant ICW World Heavyweight championship. It remains to be seen who the mystery opponent will be, but I have a suspicion it could well be another NXT or NXT UK name given the working relationship between ICW and the WWE. If that were to be the case, my money would be on either Killian Dain or Noam Dar, but if it’s someone closer to home, then it could well be Stevie Boy, who should be back from his knee injury sometime now. Whoever wins that match may not leave the O2 Academy as champion though, with Red Lightning still holding that Square Go briefcase

Talking of NXT UK, that brand’s women’s title will be defended as Toni Storm faces Viper. On paper this could be the best match of the whole weekend for ICW, presuming that there are no shenanigans. Storm already has a title match set for the NXT UK TakeOver at the end of August against Kay Lee Ray, who is conspicuous by her absence from this show. The match could well end with Ray running interference, protecting both Storm and Viper and adding to the Storm/Ray match in Wales, or with some angle that sees Viper added to the match. As such, expectations on this one are fairly low, but if they just have a clean match, then this is the pick for match of the weekend.

At Shug’s Hoose Party last year, Kez Evans turned on BT Gunn, the man who trained him, and beat him in singles action. This year the two face off again, this time in a Last Man Standing match. The two have split a further two singles matches since their bout last July, but the stipulation and occasion here seem to favour ‘The Oddity’ on what could be a big weekend for Bad Company.

Grado will also be back in action on night two, once again facing off with former Impact Wrestling colleague James Storm. The two met at Fear & Loathing back in December, with Storm winning thanks to help from special referee Jeff Jarrett. Expect more bells & whistles this time, but probably the same outcome with Storm now holding the NWA National title.

In the only straight two-vs-two tag match of the night, ICW could bid farewell to one of their most beloved tag teams. Sha Samuels and Jack Jester have found new-life over the last two years as The Kinky Party, but they will be forced to split if they lose to long-term rivals The Anti-Fun Police. Samuels’ recent appearance in NXT UK could well be a sign that he and Jester may go their separate ways, giving Chief Deputy Dunne and Los Federales a big win that could propel them into title contention. Samuels is currently doing the best work of his career in the ring, and irrespective of result, this should be a lot of fun.

Ravie Davie is still yet to really breakthrough and demonstrate the talent that I feel he has on a bigger stage, but on night two he will be in singles competition. He will take on The Sam Barbour Experience, who is making his first ICW appearance since Shugs last year as a late replacement for the ‘injured’ Red Lightning. It is not clear whether the Lightning angle is a work or whether he is legitimately injured, but expect Davie to go over here and build some momentum.

The third title match of the night, and perhaps my most anticipated match of the entire weekend, is a triple threat TLC tag team match between current tag champs The Kings of Catch (Lewis Girvan & Aspen Faith), British veterans Jody Fleisch & Jonny Storm and the Nine9 (Dickie Divers & Jack Morris). This match was originally a TLC match between the Kings and the Nine9 after the two teams traded victories in recent months, but Fleisch & Storm defeat the Nine9 at King of Hawners to make this a three-way. I am a big fan of the Kings of Catch and I think they are finding their groove as champions, whilst a match like this will suit Fleisch and Storm, who are still fun in the right environment. As for the Nine9, it is Jack Morris who people should be looking out for. The 25-year-old, who formerly played football for Scottish side Cowdenbeath, is athletic and making big strides every time I see him. Expect the Kings to retain, but for Morris to hopefully deliver a breakout performance.

There is an obvious story to tell in the singles contest between Alexander Dean and Ricky Knight Jr. Both Dean and Knight will be making their sophomore promotional appearances after losing their debut matches; Dean was beaten by Lionheart in the latter’s last ever match, whilst Knight came up short in a triple threat with Jody Fleisch and Leyton Buzzard. The story should be of both men looking to get their first win on the board and whilst Knight clearly has more upside, Dean is the one with more value for ICW here and now.

On paper, there is some interesting stuff on both of these ICW shows. Neither are particularly loaded and neither are likely to help ICW regain much traction in the wider European wrestling landscape, but there is some stuff worth watching. As always, I am concerned about the overbooking that often dogs these ICW shows, but also the number of matches on night one. To my mind, the optimum length for a show is seven or eight matches, with a clear development in the time allotted from beginning to end. Having nine matches on night one seems a little much, and if they are as flat as night one last year, the show won’t be bad, it’ll just be quite dry. 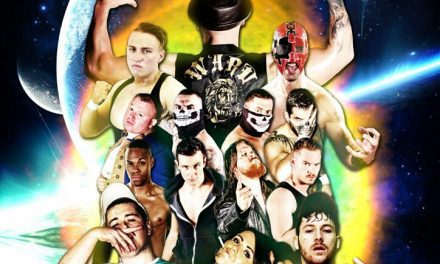 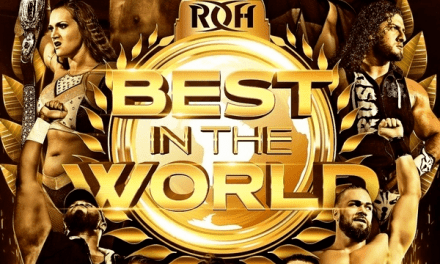