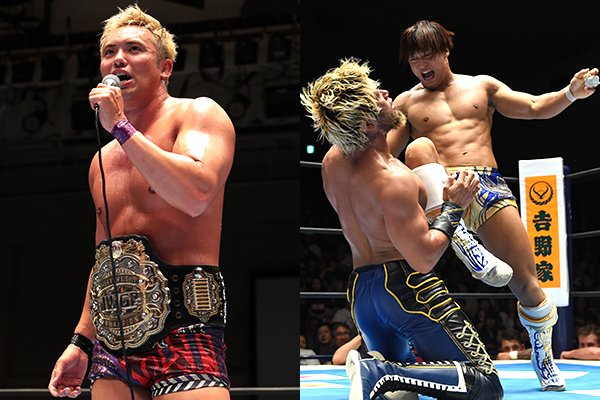 The action in the ring was fine and it showcased Zack’s ability to move from hold to hold with grace. There weren’t any big spots but there never needed to be. It moved forward the BULLET CLUB being in Fale’s corner story, but the big man couldn’t outsmart ZSJ. I loved the ending – very intelligent booking for a throwaway match in the middle of Zack’s tournament. ***

If you would’ve told me that Lance Archer would be one of my G1 MVPs coming into this tournament, I would’ve called you a liar. Archer played his part well in this one, using his size advantage against Tanahashi, who is rebounding from a less-than-ideal start to the tournament. Apart from a mistimed catch that led to a beautiful Chokeslam, the action in-ring was crisp and well worked. I really dig Tanahashi winning via the victory roll as it keeps Archer’s aura as a threat as he progresses in the tournament. He’s a big man booked as a legitimate threat and I can’t wait to see Kota Ibushi bump for him next week. It will be beautiful. ***3/4

Fellow VOW contributor, and host of Wrestling Omakase, John Carroll said it best earlier today on Twitter, this isn’t peak KENTA and he has his flaws, but KENTA has been such a great fit in this year’s G1 so far and has brought a much-needed element to the tournament. With that being said, KENTA and EVIL brought it in this very good match that mixed wild brawling with each competitor’s movesets. I love KENTA getting heat already with the crowd, cocky KENTA is glorious, and I hope he moves in that direction going forward. EVIL is very good and sold the Go 2 Sleep masterfully to end things. KENTA is awesome and I’m glad his talents are no longer being wasted on a D-show in front of tired crowds that don’t give two damns. ****

This was an awesome match, even with Kota Ibushi carrying a very serious ankle injury (wink wink, nudge nudge). SANADA and Ibushi are two of the most talented wrestlers in the company. The action kept speeding up and this featured some picturesque counters to really heighten the drama. While this was fun to watch, I wished it was just a little bit shorter. The action was fantastic, the counters and moves were crisp, but I feel that there was something missing here. I don’t know what that is, but it’s something. Still, this is a match that you need to watch. ****1/2

Well, holy balls. This is the Match of the Tournament so far!

Barring any surprises out of nowhere, Will Ospreay is on track to being the worker of the year. Add Kazuchika Okada to the mix and you have a masterpiece. This never had a dull moment and could have gone either way – which allowed for some crazy nearfalls down the stretch. They had Korakuen buying every fall and the crowd reached a fever pitch with counter after counter after counter. Sure, some may call some of the final sequences dumb, but I loved every single one of them. They looked cool and put this over the top as the best of two divisions clashing. Fantastic match and I think an eventual Tokyo Dome match between these two could go down as one of the greatest matches of all time. 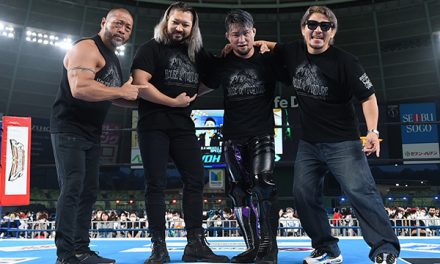 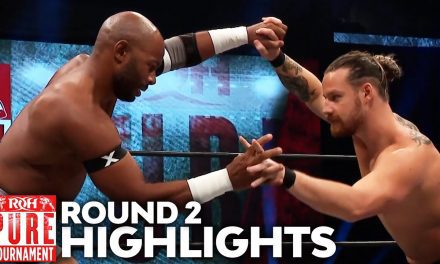 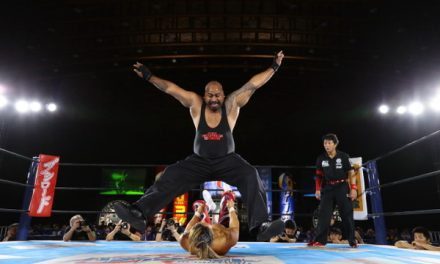