Will Daniel Cormier Join Other Big-Name Switches Between the WWE & UFC? 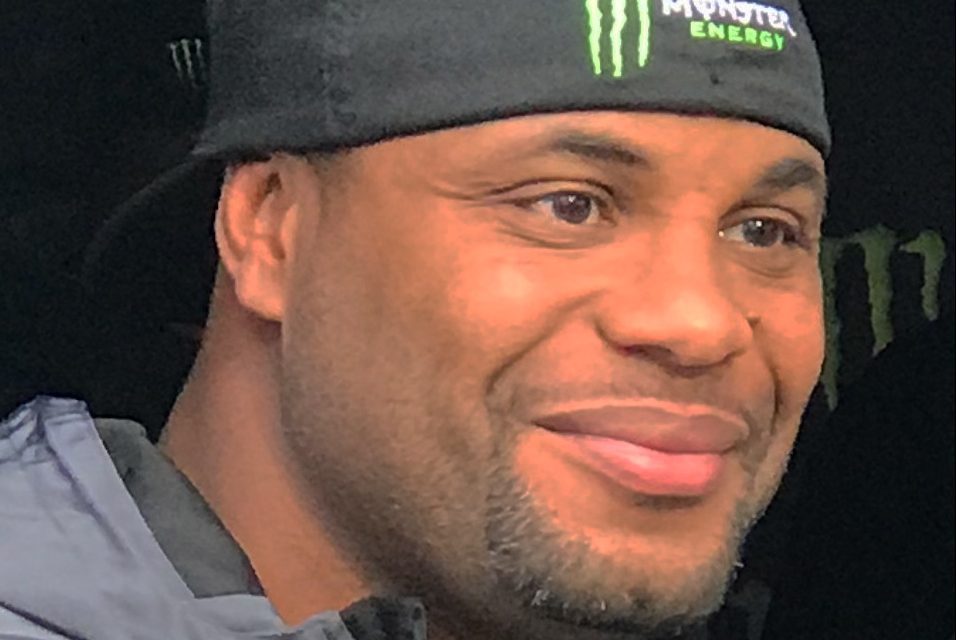 The WWE has always boasted a hotbed of rumors as to who the next big name to join the pro wrestling company could be – even though huge sporting switches are quite rare. Fuelled by celebrity and cross-sport cameos from the likes of Floyd Mayweather Jr, Wayne Rooney, and Pamela Anderson, when a rumor starts to pick up speed, fans have good reason to believe that may come to fruition.

As many fighters in the UFC have trained amateur wrestling on some level to either be able to deploy it as one of their offensive mixed martial arts or as a way to defend another’s ground game, many already boast the core skills that can help them succeed in the WWE. On top of this, many UFC fighters know that charisma and the ability to hype up a fight can take them a long way, so many have the kind of personality that could shine in the square ring.

Now, more rumors concerning a big switch from the UFC to the WWE appear to be picking up speed. Daniel Cormier, reigning UFC heavyweight champion, appears to be Triple-H’s next target – which he hinted at in an ESPN interview. But will he follow in the footsteps of other greats who have made the switch?

Lesnar and Rousey opening the doors

While all-time UFC great Dan ‘The Beast’ Severn enjoyed a fleeting spell in the WWE and Ken Shamrock spent much of his prime in the WWE instead of the octagon, when you wonder “have any wrestlers made it big in the UFC – and how come?” possibly the first name to come to mind is Brock Lesnar. Already a star of the WWE, Lesnar’s switch to UFC whipped up a huge hype storm.

The ‘Beast Incarnate’ entered the UFC with a loss to Frank Mir at UFC 81 before beating Heath Herring at UFC 87, and then reigning champion and all-time legend Randy Couture at UFC 91. As the heavyweight champion, however, Lesnar could only put together two title defenses after beating Couture, finishing off both Shane Carwin and Frank Mir in the second round of their respective bouts. Despite the losses that followed, Lesnar boasted a strong UFC following until he finally made the full and official switch back to the WWE this year.

The most notable switch coming the other way without previously being part of the WWE has been Ronda Rousey. Hailed as one of the greatest female fighters the UFC has ever seen, pioneering the division and decimating opponents left, right, and center, Rousey made the switch to the WWE following brutal back-to-back defeats. Her switch to the WWE was a huge coup for Triple H – who met with her personally, as he has Cormier – and now she is one of the stars of the entire company.

As mentioned earlier, in an interview with ESPN, Triple H and Cormier lightly discussed the UFC heavyweight champion coming to the WWE. The biggest draw, it seems, for Cormier is that Lesnar is now in the WWE again. The two had a grudge match in the works for a long time in the UFC, but the promotion simply couldn’t convince Lesnar to stay. As a big fan of the WWE and a mighty-fine wrestler in his own right, Cormier perhaps jokingly said that he could chase Lesnar to the WWE, to which Triple H concurred.

Cormier has to deal with Stipe Miocic to defend his heavyweight strap once again at UFC 241 in August, but if he wins that bout, the 40-year-old 22-1 champ may look to pastures new. Triple H has made sure that the door is very much open if Cormier fancies the switch. 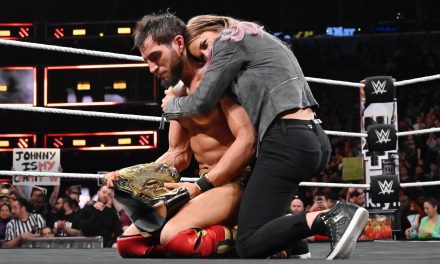