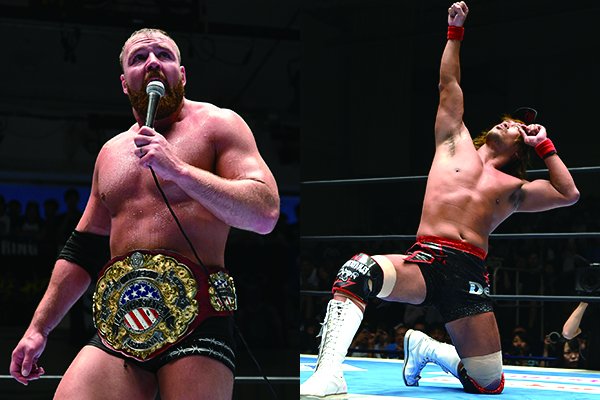 I was pleasantly surprised by this one. I thought mid-card Taichi might be more of the Taichi we’ve come to expect but no, there were just enough shenanigans that it didn’t become overbearing but you still wanted to root against the guy. Shingo, to the surprise of no one, is awesome and is killing it in his second straight big tournament of the year. Shingo brings an intensity and fire that is so rare in today’s pro wrestling. Shingo winning was also a surprise but it looks like the B block will be a pretty congested block in terms of points this year. Very good match. ***¾

Another “upset” and another really good match. Juice looks like a million bucks and in my opinion is one of the most underrated wrestlers in the world, everything he does is great: offense, selling, promos, charisma, look…all great. Cobb was a great opponent for Juice; his power was an ideal foil for Juice’s unconventional offense. This match featured a strong closing stretch that made Cobb look the best he has so far and he picks up his first G1 win. ***¾

Well…rest in peace my pick ems. This was a Yano match, not really a match and largely inoffensive. Lighter on the comedy than the Naito match and less actual wrestling moves than the Shingo match. This was quick and painless and its always fun to see Jay White lose and complain. **¼

This was the perfect entrée to what was to come next. This was an excellently paced match with great tension and great action. This is Goto at his best and when he was raining in those hard kicks to Naito it was a thing of vicious beauty. There was a fantastic sequence where Goto kept going for the GTR and Naito kept countering and it just kept going back and forth. This is one for the notebook. ****

This was truly incredible, this is Grade One action that Grade One Climaxed! You know we’re in the middle of G1 when the bar gets raised from night to night and this was no different. For me, this is the locker room leader for match of the tournament six nights in. This was all action right from the get-go.

There was brawling in the ring, brawling on the outside and brawling in the crowd. There were nasty looking chair shots and before some people do the whole “this is another example of New Japan making the refs look stupid” hasn’t been long established that outside the ring is no mans land, its why DQs happen inside the ring and when some nefarious tactics go on outside the ring the ref won’t count the pin when the wrestlers get rolled back, is it good? I don’t know but at least it’s consistent.

Anyway, back to the match. Ishii flying through and splashing Mix through a table was a Kodak moment, there is just so much good shit in this much that I can’t cover it all, you just have to go see it. ****½

Another great edition of G1 Climax 29. The top two matches are must watch, the first two are also recommended viewing and since you’ve watched four of the five you may as well stick around for the Yano/White match too. Great show! 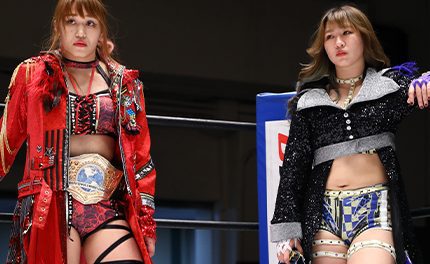 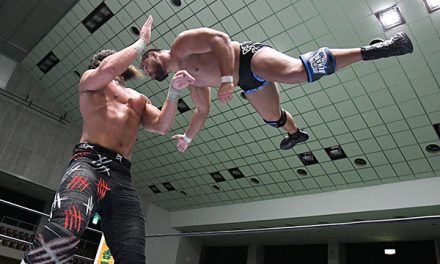