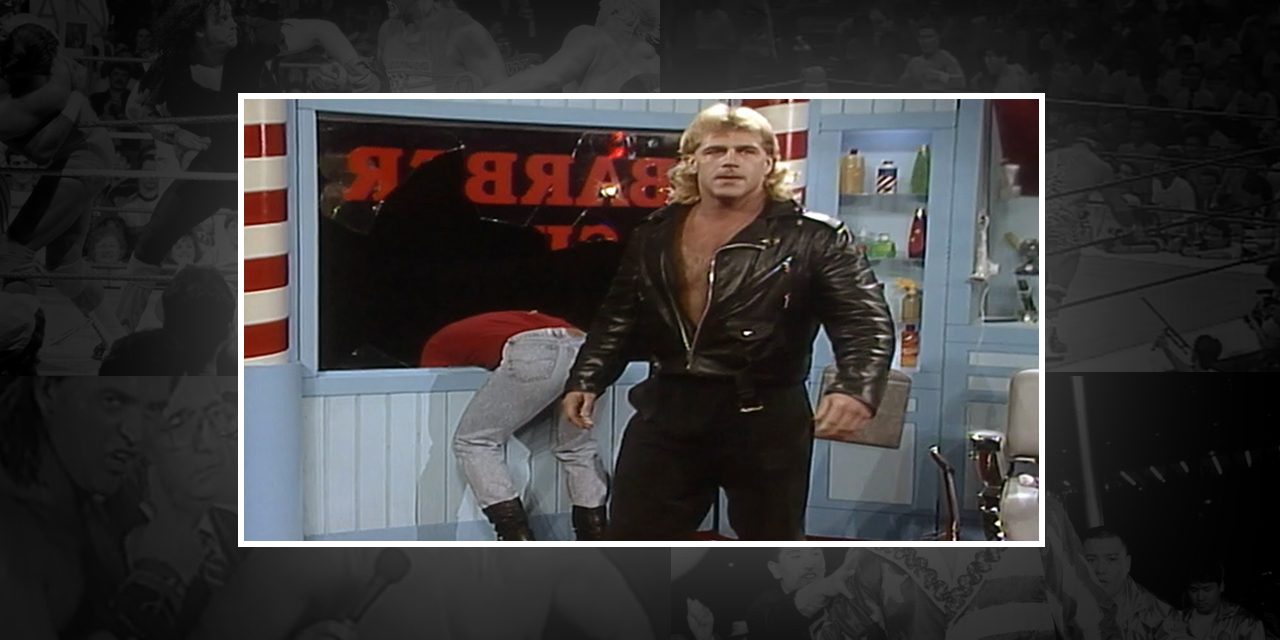 Having got off to a great start with the opening week of matches and angles, things don’t let up as we get our first look at All Japan, see more of the Dangerous Alliance storyline in WCW and witness one of the most famous break-ups of a tag team in wrestling history.

The first offering from All Japan Pro Wrestling is from the January 10, a six-man tag that saw Mitsuharu Misawa, Kenta Kobashi and Toshiaki Kawada against Jumbo Tsuruta, Yoshinari Ogawa and Masanobu Fuchi. What began as a pretty standard contest escalated significantly when Fuchi decided to attack Kobashi to break a Boston crab. This earned the veteran a slap, yet Fuchi quickly sought revenge with a dropkick to the knee. Sensing blood in the water, Tsuruta immediately took Kobashi to ringside and dumped him knee first into the announce table. Fuchi’s dickish ways continued as he dumped Kobashi with a slam on the edge of the apron as well as one on the concrete later on.

The heat built as Kobashi was beaten down by all three opponents, but Kobashi got closer and closer to his own corner. As soon as Kobashi made the tag to Misawa, the roles in the contest switched somewhat – it was the veterans (plus Ogawa) struggling to stay in the contest as Kobashi and Misawa, in particular, came close to ending the contest. Kobashi even hit his moonsault and a rolling cradle on Ogawa, but Tsuruta was able to stop the counts. He also saved Ogawa following a stiff powerbomb by Kawada, only to be powerless as Kawada drew the submission with a modified sleeper/clutch. A wild contest that was wonderfully sparked into life by Masanobu Fuchi.

In Global Wrestling Federation, or the Gilbert Wrestling Federation as Eddie Gilbert branded it at the start of this segment, Hot Stuff was invoking the names of successful teams and stables over the years, namechecking the Freebirds and Skandor’s Army. However, he believed that none was bigger or better than the First Family, before offering a spot in his new revised Family to Barry Horowitz. Horowitz is great in this segment as he initially doesn’t realize it is him and offered to go and get them for Gilbert. Gilbert also gifted Horowitz ‘The Winner’s Belt’, with Horowitz selling it like something truly special. Between the two, this worked really well to make this seem somewhat important.

Naturally, the best and worst of wrestling will rub shoulders on a project like this, and though calling a match between Jerry Lawler and Bob Backlund ‘the worst’ may be stretching it, going twenty-five minutes in a school gym in 1992 just did nothing for me whatsoever. It didn’t do a lot for some of the fans in attendance as an overabundance of arm work by both men led to ‘boring’ chants, though the same crowd relied heavily on shouting ‘Queen’ and ‘USA’, both with their obvious issues. Seeing Backlund wrestling pretty much the same as he did in the early 80s in 1992 is something to behold, though the fans do pop for his eventual victory after an O’Connor Roll with a bridge. If one sequence summed up the contest, it was a piledriver by Backlund…that was followed up by a short-arm scissors.


Ric Flair’s run in the WWF is one that I’ve only really been able to enjoy in retrospect, though my best friend in primary and secondary school owned a VHS copy of Royal Rumble 1992. This is all about the build-up towards that show as Ric Flair and Mr. Perfect joined Paul Bearer on the Funeral Parlour. What makes this interesting is that Flair’s focus isn’t on the WWF World Heavyweight Championship, but the destiny of Hulk Hogan instead. However, when Flair wins, people will have no choice but to acknowledge him as the real world champion. Flair and Perfect finished the promo reveling in the idea that Hogan would have to walk the earth in the knowledge he is number three. The digitized belt that is shown mid-promo is now clearly now the one that was first shown on WWF television, so Flair must have sent it back by this time.

With a hot feud in Memphis, you know that they are going to run matches week after week, so we get another montage video of a second Moondogs versus Jeff Jarrett and Robert Fuller match. The way this is cut, it doesn’t appear as wild as the first one, though there are still numerous chair shots and moments of brawling at ringside to satiate anyone looking for some crazy action. This all seemed to happen before the bell as the Moondogs eventually have to hide their bone one a couple of attacks on Jarrett.

Just as we get to the hot tag to Fuller, the pre-tape cuts and we join Jarrett and Fuller with Corey Maclin. They both have chairs in hand, with one clearly stating ‘RIP Richard Lee’ on it. Jarrett wants the rematch to have a no-disqualification stipulation, before Fuller goes off on one about gopher holes in a field that could cripple a thoroughbred, likening them to the chair he has in his hands. Both men feel like they are competing to have the last word, though unfortunately, that falls to Jarrett as he made it clear that the RIP didn’t mean Rest In Peace, but Rest In Pain in a pretty sphincter clenching moment.

The quality of the wrestlers involved in the Dangerous Alliance versus WCW feud meant that the federation could fill shows week after week with high-quality action. The next match we get from the feud is Arn Anderson, Rick Rude and Larry Zbyszko versus Dustin Rhodes, Ricky Steamboat and Ron Simmons. For an eleven-minute contest, the faces maintain control for the bulk of the match which is unsurprising when you have sellers like Anderson and Rude in the heel trio. Even a slightly whiffed superkick by Steamboat is made to look awesome by Anderson’s quality selling of the move.

What struck me is quite how over Simmons is, though the match does slow down when he first entered. It did lead to a great spot where Zbyszko was hit on a double clothesline attempt by Simmons, though Rude’s decision to celebrate his avoidance of the move with his trademark hip swivel earned him an atomic drop and some classic groin selling by Ravishing. The ending played off nicely from Eaton’s interference the previous week; this time, Rhodes won the match with a bulldog on Zbyszko, but Zbyszko held on to Rhodes in order for Eaton to come crashing down with the Alabama Jam. Sacrificing the win to try and injury your opponent is some classic heeling right there, especially as Zbyszko landed a brainbuster post-match as well.

A classic angle – and one I remember from my Year in Review VHS – follows as The Rockers join Brutus Beefcake on The Barber Shop.

This hearkens back to a simpler time when WWF Magazine could be used to sell a storyline; miscommunication and Shawn’s lack of focus had cost the team on television, whilst the building tension was covered within the glossy pages of the aforementioned mag. Michaels is a douchebag heel here even before the superkick, slipping in his opinion prefaced with ‘as the captain of this team’. Jannetty admits to friction, giving Michaels a chance to walk out. The swerve is perfect: everything from the handshake and hug, to Beefcake loudly declaring ‘The Rockers!’ on the microphone, and Bobby Heenan believing ‘One without the other isn’t any good’ just seconds before ‘I knew he was going to do that’ as Michael laid Jannetty out with a superkick. That the superkick and Jannetty going through the window ended up conflated into one event just added to the legend of this angle, whilst Michaels ripping WWF Magazine in half was a neat touch.

Though not everything was golden this week, to finish off with one of the great heel turn angles feels about right. 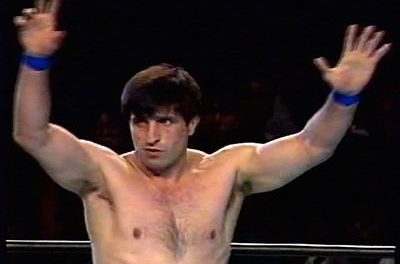