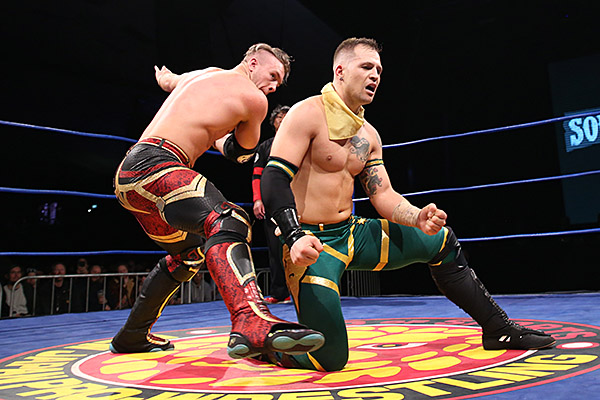 Disclaimer: every match on this card will probably benefit from me being live at the show — now that’s out of the way let’s get into it.

Nick Bury was an extremely last second replacement for Ren Narita who had flight troubles. Bury is a member of The Brat Pack, who are former MCW Tag Team Champions. The match itself though was a fun little opener, the Fale Dojo boys played the heels and were perfect foils for Henare, Umino and Bury. Bury got a fantastic reaction when he tagged in and had a really good showing. The real highlight of the match was seeing the 2024 G1 winner, Shota Umino before he becomes the ace of the company. A solid match although nothing to go out of your way to see. ***

I see this match as an unofficial tryout for both these wrestlers and I think they did a good enough job to earn a callback. Slex is the MCW Heavyweight Champion and has legit superstar potential, there’s a reason he’s had matches with Okada, Ospreay and White. This was an extended squash designed for Slex to look good and Solow and the crowd made sure he did. Hopefully, Slexs’ charisma came through on the PPV as well as it does in person. **1/2

This was fun live but boy oh boy can I imagine this being very bad watching on PPV. The match was based around Yano comedy with Gino, which again was fine and worked for the live crowd but probably didn’t come off well for TV. Gino was a little sloppy and hesitant which you can maybe chalk down to nerves, it’s pretty weird seeing Gino in this role since he’s just coming off a monster heel champion run with MCW where he exerted supreme confidence. Ishimori is hurt and looks to be in preservation mode, however when he was in there with YOH the match obviously stepped up. Oh, I should also mention this was supposed to be a six-man tag with SHO and Gedo but SHO also had flight troubles so Gedo being the noble and selfless booker took himself out of the match. **1/4

No Pieter? 0 stars! All Jokes aside, no one really cared about this match except for when Ishii was in there. A little bit too much YOSHI-HASHI selling for my liking but to no one’s surprise was really good when it was Chase and Ishii in there together. Half speed Ishii is better then most other wrestlers, he just whips so hard. I love Big Tom Ish with all my heart. **1/4

Remember when the Best of the Super Juniors lineups and no one really cared or was excited that Rocky was back in the tournament? I was one of those people and boy, do we look silly in hindsight. Rocky since May has put together a better in-ring year then a certain champion of a universe and I’m all for the revitalized Rocky Romero singles run. Going into this match, I didn’t think they could recreate the emotion of their BOSJ match and they didn’t, but they still had a match that exceeded my expectations. ELP is such a prick and I can’t wait to see him get his ass kicked which is the good kind of heat. There were some great near falls and the crowd ate them up. There was a ref bump and ELP won by cheating but this just made a moment that occurred later in the night all the more satisfying. ***3/4

There are three main takeaways from this match, these are:

I don’t know what it is with ‘Mad’ Mikey but there is no fire there at all and it makes me sad. Some crowd brawling which, with no video screen made things difficult to see, hurt this match. G.O.D got the win in a similar style to their NJPW Dominion win, with Tama rolling up Nicholls after some shenanigans. ***1/4

This was incredible; the whole presentation of this was fantastic. From the classic New Japan style VTR to Robbie coming out in Ned Kelly (famous Australian Bushranger/outlaw) inspired entrance attire and wearing green and gold gear to the post-match angle.

For those that say Ospreay is just high spots and flips are either blind or just ignorant, all his matches just build to an epic crescendo and this was no different. Obviously, this was a very pro-Robbie crowd and Ospreay was just collateral to that and was booed and chanted against but in a way that was like “we like you still but just not against our guy” and he really leaned into it nicely.

There were some pretty insane sequences in this one but the two that really stand out was when Robbie was in the tree of woe position and he and Will were just slapping the daylights out of each other. The other was Will hitting a facebuster powerbomb type move into a sit out powerbomb for an incredible near fall, oh there was also a great tap out tease when Robbie had the Ron Miller Special locked in. I could gush about this match for ages but just go watch it. I will say I was a bit nervous of ELP being out at ringside in Robbies’ corner and stayed around after Robbie told him to go to the back but the ref bump and interference just added to the drama and my word was Robbie decking ELP after the match and shaking Wills hand satisfying. ****3/4

It was really cool to see Tanahashi in person, the guy is a legend but holy shit is Okada just a king, talk about an ultra star! This match was a very go through the motions, play the hits and let’s get out of here, which I was totally fine with. These guys have the most grueling month in wrestling coming up. I’m not really sure what to say about this, it was pretty good but will be forgotten to annals of time or get mixed up with the exact same match these guys had in back in February. Okada finished the show doing a promo in pretty perfect English proclaiming that they’ll be back soon to huge cheers. ***1/4

One of if not the best live show I’ve been to, with an authentic New Japan feel to the show with the matches, VTRs and even turnbuckle pads adding to the experience. Definitely go out of your way to watch the Ospreay/Eagles match which is a legit MOTYC. The cruiserweight title is also worth a watch. 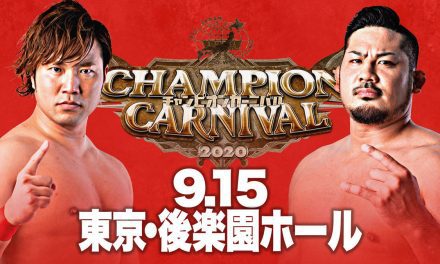 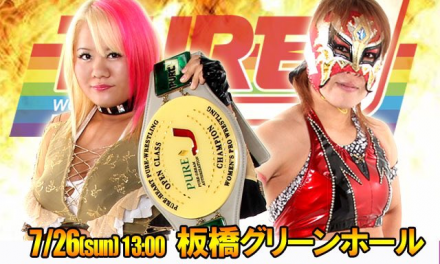 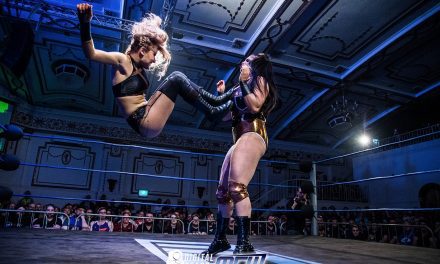