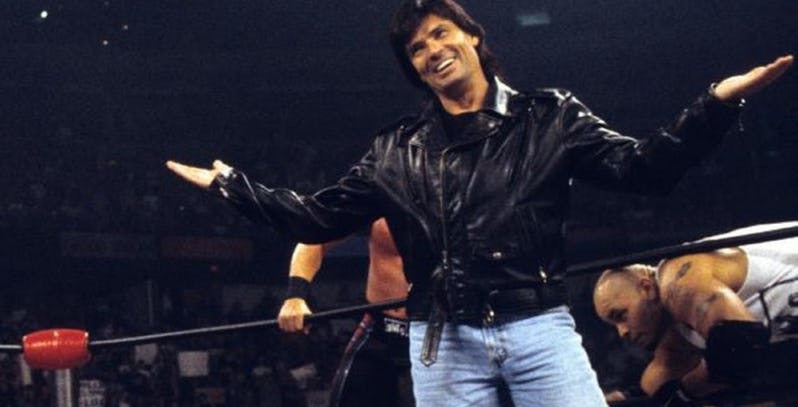 Today it was announced that WWE had appointed Paul Heyman and Eric Bischoff to the roles of Executive Directors of Raw and SmackDown Live respectively. While the true scope of those positions is unknown, they reflect a broader trend within not just WWE but the broader wrestling industry. A trend that is as infuriating as it is destructive:

The industry just cannot leave the Attitude Era behind.

The 1990s were an extraordinarily successful period in pro wrestling. It resulted in two behemoths pulling in big numbers on cable as Nitro and Raw went to war all while ECW was the plucky underdog striving to innovate and be creative. It is understandable why people who really should know better look back on that period and try to replicate it.

It is a foolhardy endeavor though. The Attitude Era was a response to the times. The characters and tone reflected the more edgy, gritty culture of the late 90s. It was a very specific product for a very specific era. And yet we can’t let it go. That era of pro wrestling has naturally died out for a reason—if it still worked TNA would have been the biggest company in the world in 2009. Wrestling needs a modern approach for 2019, not a regurgitated version of 1998.

And yet Eric Bischoff, who has coasted for 25 years off of a single idea and blamed everybody but himself for all his failures to follow, is back in a position of power in pro wrestling. Along with Paul Heyman, Jeff Jarrett, and Bruce Pritchard—it’s a merry-go-round of the same ten people taking turns running US wrestling slowly into the ground. I don’t blame these people for not grasping modern wrestling. Everybody falls back on what they know and what they know is the 90s. It’s natural.

But I’m sick of it. I’m sick of mainstream US pro wrestling being stuck in the past. There is nothing that causes me to lose interest in a wrestling product more than when somebody like Bully Ray says “ROH is the new ECW” or IMPACT striving to be the “new ECW” with a show filled with The Sandman, Rob Van Dam, Sabu and Tommy Dreamer.

It really is the case that everything bad in wrestling is generally something that used to work—simply warped beyond comprehension by people who failed to reverse engineer why it worked in the first place. ECW was so special in the first place because it tried to do something new in the marketplace to match what people were looking for. Rolling out these same people to drag us back to their old vision of pro wrestling is not what we need now.

It truly blows my mind that New Japan, AEW and NXT have given a modern blueprint for pro wrestling that people are still ignoring. Sure it’s difficult to reverse engineer and implement what those products do well—but there are tonnes of best practices to be taken. Clear stakes, an emphasis on relatable characters, great wrestling and satisfying outcomes. Booking wrestling is rarely easy but it is nearly always simple.

If AEW is interesting for one single reason, it’s that a new crop of creative minds is heading the company. Will they be any good? Will they be able to sustain their approach into compelling weekly television? I have absolutely no idea. But it’s new people. That alone is cause for celebration.

Is there nobody on planet earth WWE can find that can bring a new fresh perspective to pro wrestling? All of their creative instincts are already stuck in the past, adding the remaining brain trust from that era to the process isn’t going to make that any better.

I’m really begging every US wrestling company to stop looking to what worked in 1999 and instead start looking around them and studying what works in 2019. Create modern wrestling that connects with modern audiences. In the Stomping Grounds review I referred to WWE as creatively bankrupt. Placing Eric Bischoff and Paul Heyman in creative positions only reinforces that.

With one the greatest talent rosters ever assembled and clear proof that they can build a passionate, engaged audience with NXT – there is considerable evidence that the expertise exists within the company to drag WWE out of the creative doldrums. They are unfortunately too obsessed with looking over their shoulder to what was rather than see what could be right in front of their face. 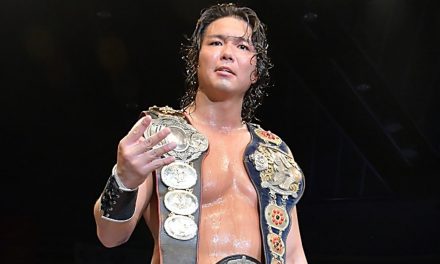 Far From a Disaster: Jake Lee Leaves All Japan