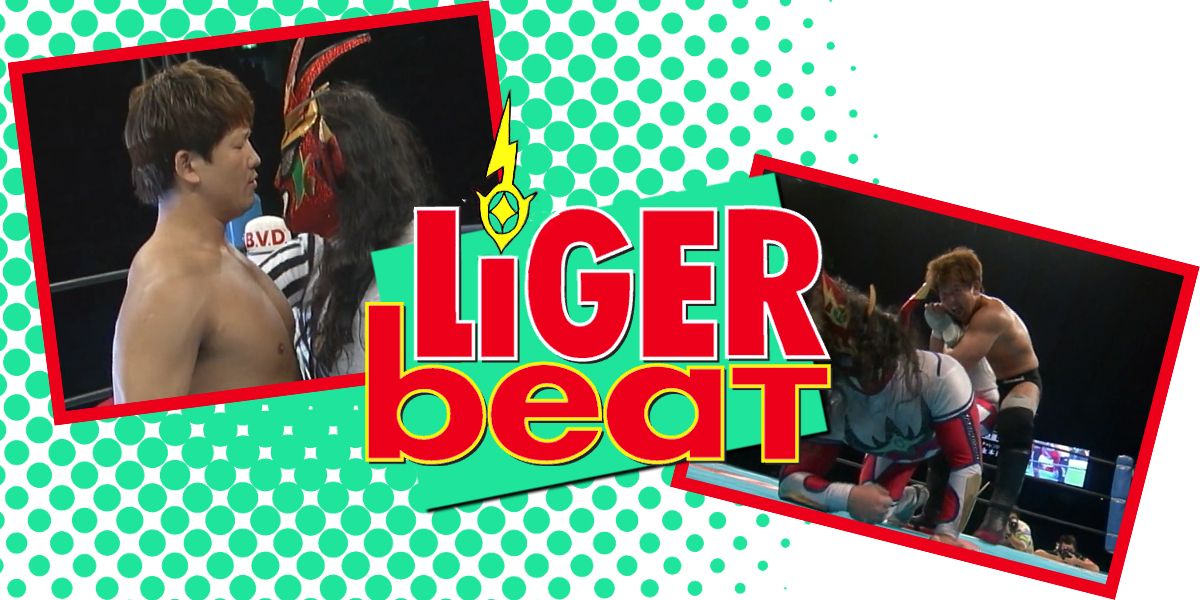 By 1999, Jushin Thunder Liger has already cemented his place among the legends of not only New Japan Pro Wrestling but professional wrestling as a whole. Liger, at this point, was already 15 years into his career and had been well established as the ace and lifeblood of NJPW’s junior division. Had Liger retired at the beginning of 1999, before his January 4 tilt with Koji Kanemoto, he would have retired with as prolific a pro wrestling career as any junior before him. Just look at these credentials: nine-time IWGP Junior Heavyweight Champion, one-time WCW Light Heavyweight Champion, WAR International Junior Heavyweight Champion, J-Crown Champion as well as Young Lion Cup, Top of the Super Junior, Best of the Super Junior champion and Super J Cup 1995 tournament champion.

That Liger would have 20 more years left ahead of him is all the mark remarkable.

On January 4, 1999, though, Liger couldn’t focus on the future or what was next in his career as he went head-to-head with a familiar foe: the surly and dangerous Koji Kanemoto.

Liger and Kanemoto were no strangers to one another as the two faced off fifteen times dating back to 1993. Included in those fifteen were two prior January 4 Tokyo Dome matches (1994 and 1996). The former, at Battlefield 1994, saw Kanemoto (as Tiger Mask) lose his mask to Liger in a heated, passionate mask vs. mask match. When Liger eventually emerged victorious, Kanemoto ripped his off and tossed it defiantly at Liger leaving the ring without the traditional pleasantries and post-match histrionics we see for Luchas de Apuestas in Mexico.

Kanemoto would gain some measure of revenge with a singles victory over Liger in December 1995 setting the stage for a January 4 Tokyo Dome rematch between the two. At 1996’s Wrestling World in Tokyo Dome, Liger once again emerged as the winner, this time taking with him Kanemoto’s IWGP Junior Heavyweight Championship.

In February 1997, Kanemoto unsuccessfully challenged for Liger’s J-Crown Title but once again was on the losing end of the fight. In July of the next year, Kanemoto was back at it again, building momentum towards a battle with Liger and a chance at the IWGP Heavyweight Championship. Kanemoto blew through the B Block in the annual Best of the Super Juniors eventually defeating Dr. Wagner Jr. in the finals. The stage was set: Kanemoto vs. Liger. IWGP Junior Heavyweight Championship.

Kanemoto had scalps against Liger. Kanemoto had defeated Liger in Best of the Super Juniors block play. He bested Liger on random shows throughout the year and held an otherwise respectable record against the junior legend though. In the big spots, under the bright lights, with the world watching… Kanemoto couldn’t do it. Three title matches. One mask vs. mask match. All losses for the 32-year-old.

Ad more than Kanemoto not being able to do it, Liger was able to weather the storm of the fiery upstart. Outsmarting and outwrestling him at every turn. The loose cannon Kanemoto would get in his own head often, lose focus and take his eyes off the prize. Liger was too old for that shit, too experienced, too polished. Liger was the ultimate junior heavyweight veteran who relished the opportunity to halt Kanemoto’s momentum and remind everyone who ran the show in NJPW (both literally and figuratively at the time).

Kanemoto would get another chance (maybe his last) on January 4, 1999, at NJPW’s Wrestling World in Tokyo Dome 1999. For Kanemoto this represented more than simply a shot at the IWGP Junior Heavyweight Championship, he had won the title twice already. Instead, this match was so much more for Kanemoto. It was an opportunity to prove he could beat the legendary Liger once and for all in the big spot.

The juxtaposition of the two men’s motivations made this match what it was. For Kanemoto, it was an obsession. He needed to beat Liger. He needed to prove he could do it in the big spot, the big moment, at the Tokyo Dome, for the title. For Liger, eh, this was his 12th singles match in the Tokyo Dome, his fifth on January 4. Liger was 4-1 in January 4 Tokyo Dome matches with his only loss coming at the hands of retiring heavyweight Riki Choshu. Liger had beat Ultimo Dragon in the Dome and already dispatched Kanemoto twice prior. This was another day at the office. Or so Liger thought.

Kanemoto comes out of the gates right away with equal parts bravado and slaps. Kanemoto gets to work on his plan focusing on Liger’s ankles and keeping the high-flyer grounded.

Liger works himself back into the match with his signature Shotei palm strikes but Kanemoto meets them with resistance grounding Liger with a spinning backbreaker and throwing in a slap to the face for good measure.

Finally, Liger’s craftiness pays off and he finally takes advantage, grounding Kanemoto and even trying to submit him with an armbar.

The match pace is slow and methodical at this juncture. Kanemoto cannot get into a high-flying, risk-based battle with Liger. He’s done that before and it bit him in the ass. Tonight, Kanemoto is under control. He’s forcing Liger to wrestle HIS kind of match.

Liger, unable to fly due to Kanemoto’s targeted ankle attacks, starts integrating more stiff punches and kicks to his offense and even begins working a ground-game attack on Kanemoto. Suplexes follow as Liger has done little “Traditional Liger” thus far in the match and has resorted to wrestling the style and pace Kanemoto thrives in.

Each time Liger appears to build momentum, Kanemoto has an answer. He flips through Liger german suplex attempt hitting a release belly-to-belly of his own and once again locked a now-screaming Liger in the ankle lock.

Kanemoto misses a reverse ‘rana attempt and Liger, on the top rope with his opponent reeling, jumps down and punches in the face. A healthy Liger would’ve done a senton or found a way to dazzle the Tokyo Dome faithful from the top rope. Tonight though, he’s grounded.

As the match reaches its climactic end, Liger has quite simply had enough of this punk’s shit (he literally can’t even right now). Kanemoto tries to put Liger away with his famed double underhook bridging suplex but Liger defiantly rises up after two and screams, generating power from the Tokyo Dome. Liger drops Kanemoto with a top-rope brainbuster and nearly takes his head off with another Shotei palm strike. At this point, though, the crowd is beginning to get on Kanemoto’s side. The plucky underdog always lost in this spot… what if he won? What if he finally slayed the beast? You can see why the crowd would rally behind someone like Kanemoto but it was strange all the same.

Once back under control, Kanemoto starts screaming at Liger, daring him to stand up while slapping him and even spitting on the legend as he rises to his feet.

Kanemoto is in the driver’s side and appears to have Liger put away after a twisting moonsault. All those years of torture, after losing his mask, being unable to win the title, unable to win the big one… he was going to do it. Kanemoto lays down to go for the cover but immediately jumps to his feet and motions to the crowd seemingly asking the Tokyo Dome: “this is your hero? This is the legend?” To this point, Kanemoto’s game plan had worked flawless… but he took his eye off the ultimate prize. Kanemoto puts Liger on the top rope, and sets up for what appears to be either a top rope brainbuster or a top rope Falcon Arrow. It won’t matter what Kanemoto WANTED to do because the little bit of time he gave was all the window Liger need. The Beast God knocks Kanemoto from the top with a palm strike and like we’ve seen many times throughout the match, Liger doesn’t follow up with anything flashy. Instead, Liger steps down, lifts Kanemoto to the top rope and plants him in the middle of the ring with a brainbuster for the three.

Liger had done it again and Kanemoto was left scrambling once more for answers. Little did Kanemoto know, there were no answers. Jushin Thunder Liger was a legend, one of the best to ever do it and one of the most decorated wrestlers in NJPW history at this point.

Kanemoto’s arms were just too short to box with The Beast God.