Kicking and Stomping Into the Future

When Vince McMahon awoke on April 8 (assuming he slept at all), it is very likely he woke thinking everything was right with the world. The night before, WWE WrestleMania 35 had been a financial and creative success. It offered up numerous “WrestleMania moments” that the members of the WWE Universe no doubt loved-the conquering of Brock Lesnar by Seth Rollins; the culmination of Kofi Kingston’s eleven year WWE career with a victory over Daniel Bryan; the final match in the career of Batista; and, to cap it all off, the first ever WrestleMania main event featuring women wrestlers. Yes, he may have thought, I have truly done what’s best for business.

And yet within less than two days, much of the goodwill that he and the WWE had received had suddenly vanished. Instead of celebrating one of the most successful wrestling shows of all time, a series of problems began to sour many on WWE. Where there was once elation and joy, now there was complaining, anger and disappointment. How did it turn so quickly?

It began with the continuation of an ongoing problem for WWE, the decline of its TV viewership. Sure, WWE had just signed a huge billion dollar television deal with USA and FOX, but viewership numbers had fallen even more than the average losses the television industry as a whole had endured. Scrambling to find a way to stem the bleeding, WWE tried several different things to keep more viewers from leaving including the introduction of the “Wild Card Rule,” a rule that was almost immediately abused, disregarded and expanded upon. To many inside the wrestling bubble, main roster WWE was no longer worth watching.

The problems did not stop with the viewers. In the aftermath of WrestleMania, several WWE superstars began to express their displeasure with the company publicly. Sasha Banks went home and has been missing from the WWE ever since Mania. Luke Harper and others asked for their releases, though few were granted them. The unhappiness amongst the talent came to a head with the departure of Dean Ambrose who quickly returned to his former name of Jon Moxley. WWE uncharacteristically announced his departure before WrestleMania and did so much to ease him towards his exit that many believed he wasn’t really leaving.

He did leave, and in the aftermath of his departure, unleashed some of the harshest criticism of the WWE creative process since the infamous CM Punk podcast. While taking great pains to not burn any bridges, Moxley did little to avoid trashing McMahon’s creative vision. Moxley laid the creative woes of WWE squarely at Vince’s feet and stated without hesitation that if Vince was ever a genius when it came to wrestling, that time had passed.

Moxley’s complaints were not just his. With the announcement that AEW would begin airing on TNT in the fall, many who’d held their tongues for fear of losing their jobs began publicly and privately expressing their unhappiness. Claims that many top stars were looking for a way out began spreading regularly. If WWE was not a company in financial trouble, it certainly one with many creative and talent problems.

And then, there was the Saudi show. When WWE last visited the Kingdom of Saudi Arabia, the gruesome murder of Jamal Khashoggi was still fresh in people’s minds. The outrage from the wrestling community was vast to WWE’s decision to proceed with their show with the company citing no formal guidance from the US government that they should cancel it. With an existing agreement between WWE and KSA set to continue for the better part of a decade, some in the company assumed/hoped that future shows would not get the same negative publicity.

This proved to be wishful thinking. The same criticisms and complaints about WWE partnering with such a despotic government remained just as loud as they did in October. WWE tried to push back at some of their criticisms by trying to present a women’s match on the show and they flew Alexa Bliss and Natalya to KSA with the intention of doing just that. Ultimately, the match never took place and the show itself was widely panned by those who did watch it. Capping off the evening, the Undertaker and Goldberg turned a potential dream match into a disaster with numerous botches and Goldberg receiving a concussion during the match.

“Did I mention that these fans are f^^king fickle?!?”


With all this turmoil, Vince could have decided to change course completely and re-evaluated his next steps. Instead, it appears that he and the WWE believe that there was nothing wrong with their current direction. It was not their fault that the complaints from fans and talent were becoming more numerous and louder. No, to quote one of the company’s biggest stars, these people were wrong. They were being FICKLE.

And that brings us to this Sunday’s WWE Stomping Grounds (Kicking Ass and Taking Names). Previous WWE pay-per-views have had certain feels to them, but in recent memory, no show has had quite the “Vince Flavored” feel of this card. In the most important spots, the show features matches that clearly appeal to Vince’s core likes.

On the men’s side of things, we will be getting two rematches from the Saudi show. It is almost as if Vince was unhappy that some fans didn’t see these matches, so he figured why not run them again? The Universal Title match will have Seth Rollins defending (again) against Baron Corbin. Corbin, you will recall, was publicly blamed for the poor quality of Raw just a few months ago. And yet, here is in a main event level match because..well, he’s tall. The WWE Title match will feature two of the longest tenured wrestlers on the main roster, Kofi Kingston and Dolph Ziggler. Kingston’s title reign has been surprisingly good, but Ziggler’s act has long since worn out its welcome. To add to the excitement, it will be inside a steel cage to keep Kofi’s New Day brethren from interfering. Yes, the cage was added to protect the heel from the faces.

The women’s matches are also rematches, albeit from two different time periods. Lacey Evans will get another shot at Becky Lynch’s Raw Women’s title after costing Lynch the SmackDown title at Money in the Bank. Evans has followed the model of Alexa Bliss and Carmella in rising from midcard status in NXT to title contendership. The similarities between the three in appearance seem to have mattered much more than their in-ring prowess in their respective rises. And speaking of Bliss, she will renew her rivalry with Bayley for the Smackdown title. Overall, the build for this match has been significantly better than what they did two years ago. The fact that Bliss is a Raw superstar and Bayley a SmackDown superstar fighting over the SmackDown title hasn’t been explained beyond it being another offshoot of the Wild Card Rule.

And then, there is a yet another rematch between two of Vince’s longtime projects, Roman Reigns and Drew McIntyre. To build this match, Drew helped Shane McMahon defeat Reigns on the Saudi show, thus rekindling their rivalry from an underwhelming match at WrestleMania. Reigns’ attack on Shane this past Monday all but assures that the younger McMahon will be involved in this match. Because if Vince himself cannot be a part of the fun, his son will have to suffice.

There are several potential quality matches on the show beyond the Vince Flavored matches. Ricochet vs. Samoa Joe has the potential to be the match of the night. The New Day vs. Sami Zayn and Kevin Owens will likely be good as will the three-way match for the Cruiserweight title between Tony Nese, Drew Gulak and Akira Tozawa. And for fans of the classic Bushwhackers vs. Rougeau Brothers matches, Heavy Machinery will face Daniel Bryan and Rowan for the Smackdown Tag Team Titles.

But, make no mistake: this is a show carefully crafted to appeal to the likes of one man and one many only. And on June 24, when Vince McMahon wakes up (assuming he sleeps at all), he will no doubt have one thought about WWE Stomping Grounds:

“That was some good shit.” 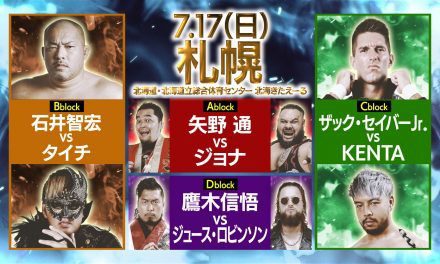 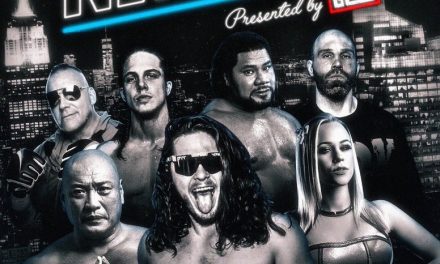 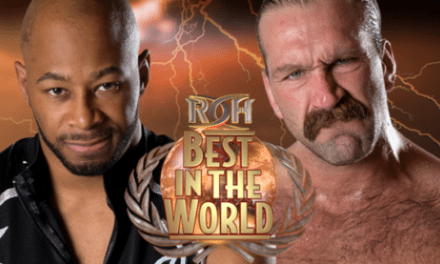 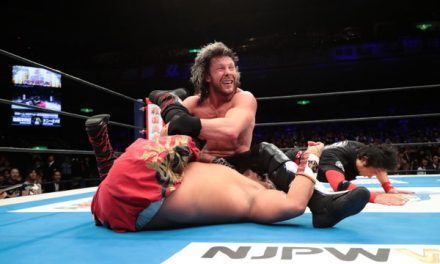