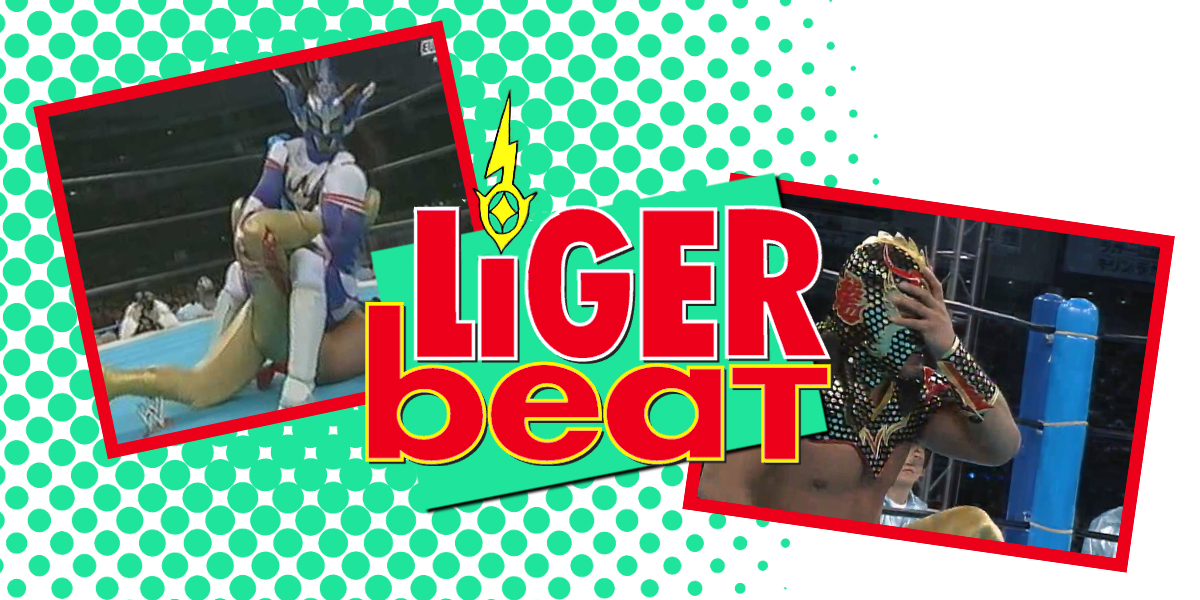 There are many different ways in which a wrestler’s worth can be measured. For some, it is the number of people that a wrestler was able to convince to purchase a ticket. To others, the resonance of a worker’s wrestling style and its longevity through imitation out of respect becomes more important. For another group, it is as simple as stars—how many **** or *****+ star rated matches can be attributable to a wrestler’s oeuvre? Sometimes, it harkens back more to what might be viewed as important if wrestling wasn’t a carny gimmick, but a real, competitive sport. Belts and titles may not always be representative of the quality or even historical significance of a wrestler, yet a decent number of runs with the gold definitely puts eyes on you, for better or worse.

For a long time, Ric Flair’s umpteen runs with the NWA World Heavyweight Championship (when you throw WCW and WWE titles into the mix as well, things get even more complicated in terms of the real number) was seen as the measure of the man. He held the title that many times because he earned the right to hold the title that many times. Contrastingly, Triple H’s self-serving booking that seemed (at times) solely derived to push himself closer to Flair’s lineage in terms of world gold held became actively hurtful to the overall response he received from the fans.

By 1993, Jushin Liger had won the IWGP Junior Heavyweight Title five times, covering a stretch of around three and a half years. Across this time period, Liger was also given the book when it came to the New Japan Junior Heavyweight division. Whilst this number of title reigns could have led to criticism or calls about the abuse of power, Liger’s reigns were never particularly long (by Japanese standards of the time) and were often used to facilitate an attempt to bring another junior into contendership. Naoki Sano, El Samurai, Pegasus Kid, and Akira Nogami had all managed to defeat Liger, yet Liger became the central axis around which the division revolved. Wrestlers would have their run on top; the belt came back to Liger ready to build to the next challenge.

Having been mixed up in a six-man tag team match in the 1992 Tokyo Dome January 4 show, the first of a since annual tradition, Jushin Liger’s challenge against Ultimo Dragon was his first singles match on what grew to be the biggest date in New Japan’s calendar. Unlike many wrestlers that had held the IWGP Junior Heavyweight Title at this time, Ultimo Dragon had not managed to win the gold from Liger. Instead, it had been El Samurai who Dragon defeated, a champion who was fresh from not only taking the title from Liger, but had also held off his more celebrated adversary in a rematch.

In another first, this was the first time the two men had met in singles competition. Dragon, mostly plying his trade in the UWA, had been the World Welterweight and Middleweight Champion, but this was his first run with a title outside of Mexico. A relatively brief time with the WCW Light Heavyweight Title in 91-92 had already seen Liger prove his quality on a global scale, so both men had little to prove.

The pervading question became as to whether Liger could beat the man who downed El Samurai, a wrestler who had stopped Liger twice in recent months?

In a time when Liger often had the psychological edge entering a contest, the seeds of doubt had been sown. As if to highlight how things were different then how we often expected them to be, Liger eschewed his usual red suit for a blue variant.

Unsurprisingly, the fans in attendance made their allegiance to Liger clear during the pre-match announcements. Dragon was an outsider who held one of ‘their’ belts; Liger was the man with the ability to change that. Long before it became an ever-present cliche of all too many matches, Liger and Dragon started with a swift exchange of arm drags and takedowns that aimed to show complete parity, all the way down to both men going for a dropkick at the same time. The submission attacks that followed highlighted the clear game plan for champion and challenger – target the leg. Drop toe holds, leglocks, dropkicks to the knee and a wide variety of novel locks and grapevines were traded as the contest stayed on the mat for the early stretch.

With the working agreement with WCW still in full effect, Tony Schiavone and Jim Ross led US fans through the match. Ross, in particular, focused on how it wasn’t the high flying offensive assault that many might have expected, though this coincided with a snappy Liger tilt a whirl backbreaker and a koppou kick in the corner that drilled the champion. This seemed to signify another quick explosion of pace, ending this time with a cartwheeling Dragon avoiding a flying body attack from his opponent.

Playing off of some core Liger offense earlier in the contest, Dragon showed he was more than a match when it came to stretching his opponent, modifying an attempted surfboard with the addition of a dragon sleeper. It was over ten minutes into the contest before Ross got his wish and the two men began to fly. Unfortunately, an attempted missile dropkick by Dragon saw him slip off of the top; realizing a need to make amends, he soon made up for that with a cartwheel back elbow and a dive to the outside that also wiped out a table in the process.

The shoot narrative of Dragon making mistakes and upping the ante moments later continued after Dragon slipped off of the top once more, this time on an elbow drop. Seconds later, Dragon whipped out a bridging fallaway slam into a pin, further highlighting that he had the potential offense to cause Liger a whole host of problems. Sensing the need to meet fire with fire, Liger threw his first couple of real bombs with a powerbomb at ringside and a rolling senton off of the top that Schiavone and Ross both mistakenly dubbed ‘a moonsault’ multiple times.

A facet of early Liger was to often throw a spot into a contest that looked ridiculously dangerous to add a sense of uniqueness to the occasion. A dive off the top that somehow ended in a double clothesline met that quota, though Dragon soon reminded everyone that he was also willing to put his body on the line with a twisting dive to the outside that saw him collide with both flesh and steel. Three times was the charm as Liger then drove Dragon into the mat with a top rope DDT, though the impact was lessened as the champion rolled through upon landing. A picture perfect Liger bomb led to a top rope hurricanrana as Liger became the six-time IWGP Junior Heavyweight Champion.

What made this title reign in particular special was that it went on to be the longest title reign of Liger’s career, whilst also being one of, if not the longest, in puroresu history. Though the nature of title defenses during this time period meant that he only stepped into the ring six times to defend the belt, it meant that Liger carried the gold during a seminal period for Junior Heavyweight wrestling in general. With the Super J Cup a year and a half away, it was Liger who was the focal point of New Japan’s Junior Heavyweight division at a time when probably the most eyes—at least from a global standpoint, what with tape trading and the like—were on the product up to that point. It was only fracturing his ankle towards the end of 1994 that saw Liger vacate the title, an unfortunate turn of events considering how major a title win over Liger could have been at this point.

The match was by no means perfect, though it spoke to both men’s ability that they worked with little hassle through a couple of significant Dragon mistakes. The escalation of aggression and pace built to a finish that provided the hard-hitting and aerial offense that had been touted on commentary, though the sequences only worked off the back of the solid technical display that was the first half of the contest. It felt like an early spark of what would soon become one of the most lauded divisions and time periods in wrestling history.

When you look at the card as a whole, it probably isn’t too difficult to see why the spotlight was soon so heavily focused on Liger, Dragon and the rest of the guys who came through New Japan and the Junior Heavyweight Division. Following twenty minutes of technique and aerial excitement, the fans in the Tokyo Dome were treated to Ron Simmons taking on Tony Halme. Even with Liger’s quality liable to make him shine no matter what stage he was on, the wrestling world around him often didn’t even feel like it was playing the same game as he was.

Liger eventually went on to win the IWGP Junior Heavyweight Title eleven times, alongside a whole raft of other belts from a bevy of different promotions. Liger put asses in seats; he was a pioneer and a trailblazer; he earned those stars…

He also won a tonne of gold. That’s why he is the greatest of all time. 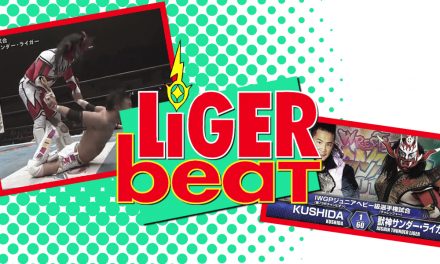 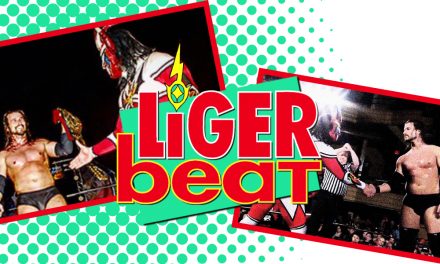