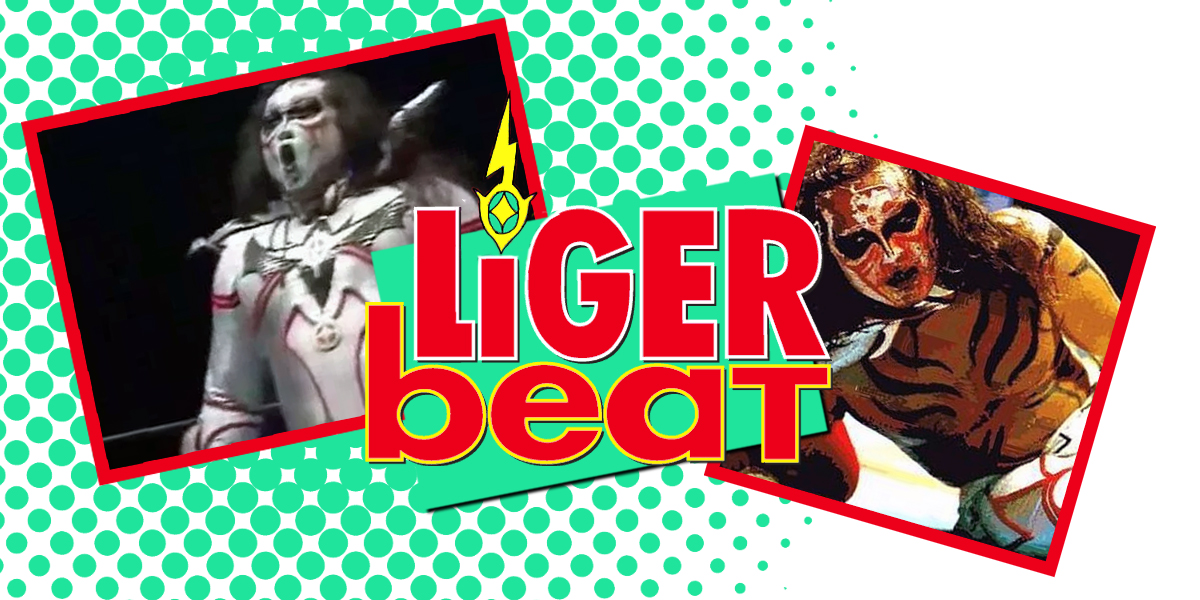 Whenever people ask me to name my favorite wrestlers of all time, I can rattle off the top three (in no specific order) without a second of hesitation: Vader, Great Muta, and Jushin Thunder Liger.

A lot of this can be traced back to my childhood as my first memories of wrestling started in 1989, and my favorite wrestler (as a six-year-old) was Great Muta. Then came the arrival of a mysterious masked wrestler in a memorable costume who did moves I had never seen before. As a young fan, those two wrestlers stuck in my head, but since I did not watch Japanese wrestling at the time, Great Muta and Jushin Thunder Liger slowly became just happy memories.

Fans today don’t appreciate how good they have it, as from the mid-90s to 2002 I did not see any Jushin Thunder Liger or Great Muta matches, aside from their occasional appearances in WCW.

There was no YouTube, no RuTube, no DailyMotion, no online DVD shops with $2.99 sales. The only ways to watch Japanese wrestling was paying $20 for a third-generation tape or being lucky if your local rental place had some (mine did not). Since I was a kid, I didn’t have the means to buy Japanese tapes, so it wasn’t until I was a young adult that I finally got curious enough to dive into puroresu and see what I had been missing. My first two tapes were the IWA Deathmatch Tournament with Foley and the Super J Cup 1994 (very original, but you must start with what you know). Those were great, and seeing Liger in his prime again just got me more excited to catch up on other matches I was missing.

I searched online and found someone selling a Best of Jushin Thunder Liger tape. THe quality was awful as someone crammed eight hours onto a VHS further hurting the already poor quality. But from the match list I saw one match that I knew I had to see: Jushin Thunder Liger vs. Great Muta. Two of my favorite wrestlers going one on one. And even in poor quality, I watched the hell out of that tape leading eventually to me following current puroresu.

I’ll provide some quick background to this match, which I wasn’t fully aware of at the time. In New Japan, Heavyweights and Jr. Heavyweights rarely interact in one on one situations. The divisions are very divided. There are obviously exceptions (if you are a New Japan historian don’t @ me with examples) but especially in the 1990s they generally didn’t feature singles matches between the different weight classes. By 1996, Liger had already reached legendary status. He was a seven-time IWGP Jr. Heavyweight Champion, including one reign that lasted 628 days, still the record for longest Jr. Heavyweight title run. Great Muta, of course, was no slouch either, as he had won the IWGP Heavyweight Championship in 1992 and held it for 400 days (for the interest of this stat, I’m separating Muta from Keiji Muto, since New Japan generally did as well). Muta was the most eccentric character in the promotion, unpredictable and still popular even though he often cheated in his matches.

So how did these two come together?

As far as I can tell, they had a very limited history. Liger and Great Muta never shared the ring up until October 20, 1996, and even when considering Liger’s matches involving Keiji Muto they had mostly tagged together without having a singles match since 1991 (which wasn’t televised). Most likely, this was just a special attraction match as it wasn’t even the main event of the show, a special treat for the fans to have two of the more popular wrestlers square off for the first time ever. What the fans got was far more than that, however, as if you give Liger the spotlight he is going to do something with it. Even though Muta and Muto were kept apart for storyline reasons and did their own thing, there was no secret that it was the same person. Muta was just the “crazy” demented version of Keiji Muto. But… what if the fan favorite Jushin Thunder Liger had a crazy side as well?

Both Liger and Muta did their usual over-the-top entrances, and even as the ring announcer started to introduce them, there was a low buzz over the crowd as they anticipated what they were about to see. The early part of this match had a slow pace, but it was essential to the story – even though Great Muta was the heavyweight, Liger wrestled as his equal (or even at times his superior) as he got Muta to the mat first, won the first power exchange, and knocked Muta out of the ring. The story wouldn’t have worked if Muta could squash Liger just doing regular moves, Liger had to show he could out-wrestle Muta to trigger Muta going to his next phase.

After Liger controlled the first portion of the match, something had to change, and Muta took over as he tossed Liger out of the ring and piledrove him through a table. That was Muta’s game – Liger usually did leg and body wear-down spots, while Muta’s went straight for the kill. The violence continued as Muta hit Liger with the table and a pole – the match had very suddenly swung as now Muta was wrestling his style and dominating.

Muta continued his brand of offense for the next several minutes, and each time Liger got in a flurry he would get tripped up by Muta’s devilish methods. Ten minutes into the match, Muta went too far and started tearing at Liger’s mask. Liger’s identity wasn’t technically a secret as he had wrestled for years in New Japan unmasked, but once he became Liger it was a big part of his aura. What seemed to Muta to just be mind games didn’t have the reaction he was looking for, as all he did was unleash the beast now known as Kishin Liger.

After Muta tore the mask, Liger got up and the crowd saw for the first time that Liger had on white face paint under the mask. Muta saw and jumped back, not understanding what he had done. Liger snapped, spraying mist in Muta’s face and went crazy on him as the crowd first responded with surprise and then loud cheers. He tore the rest of his outfit, exposing a painted chest as he grabbed a chair to beat Muta with it. Suddenly, Liger had transformed the same way that Muto transformed into Muta, leveling the playing field as Kishin Liger was happy to use any objects he could find at ringside to hurt Muta. The methodical Jushin Liger was gone, it was Kishin Liger’s time to shine.

Alas, after a few minutes of taking it to Muta, Liger made a mistake and Muta was able to mist him, leading to the victory via moonsault. But Liger had done something no other wrestler had done before – he went to Muta’s world and took it to him at his level. He wasn’t scared or intimidated, rather he fought fire with fire. And for 17 minutes, the top Jr. Heavyweight in the world went toe to toe with one of the top Heavyweights in the world, showing the amount of respect that Muto and New Japan had for the talent of Liger.

This could have been an average, forgettable match. Muta could have come down, given Liger some offense, and taken it home in ten minutes. The crowd still would have been happy and I’d still have liked the match, but it wouldn’t be talked about to this day if that had happened.

Instead, Liger created something memorable as only Liger can, giving fans an experience they’d never forget and creating a new identity for himself that he could use down the road if needed (Kishin Liger has only shown up twice since 1996, so it’s a rare occurrence). And that is what makes Liger so special and one of the greatest wrestlers of all time – he didn’t coast and do what was expected, he went above and beyond to create something magical for us. There are many great moments in New Japan history, but very few have stood the test of time like The Birth of Kishin Liger. 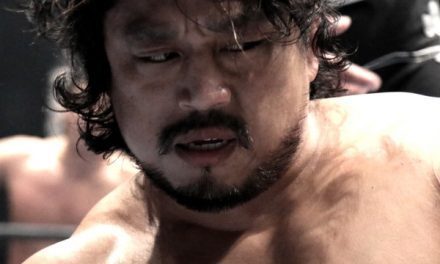