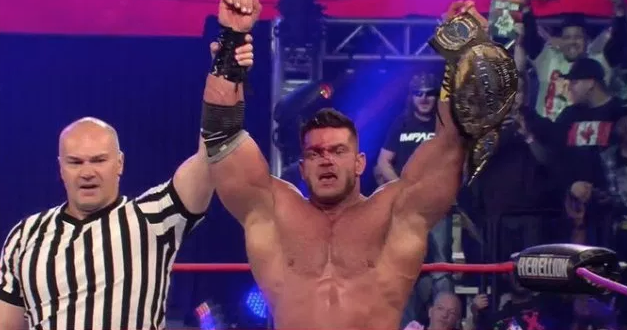 Impact Wrestling returned to pay-per-view this past Sunday with Rebellion at the Rebel Entertainment Complex in Toronto, Ontario, Canada. Headlined by LAX against the Lucha Brothers in a Full Metal Mayhem match for the Impact Tag Team Championships, this was a show I felt needed to deliver given Impact’s poor TV deal with Pursuit and the company’s complete lack of buzz through the first five months of 2019. When the dust settled, they delivered a really good show for my money.

Having a six-way scramble to cover the loss of Eddie Edwards/Eli Drake was something I called for in my Impact column last week, and Impact delivered on the night, producing a fun sprint that was an excellent way to start the show. Although perhaps a little on the short side, there was enough in this one for everyone to get some shine, with Jake Crist and Jake Something p. The star here though was Ace Austin. Austin looks to be an excellent get for Impact and he looked incredibly crisp here. Austin picked up the win after Petey Williams hit the Canadian Destroyer on Jake Something, only for Austin to roll through and pin Williams for a victory on his PPV debut, adding some heat to the budding feud between Austin and Williams. ***

A lot of people will hate that this was on the PPV, and I personally would rather the Desi Hit Squad were not on the show as well, but it was a passable match that played off an established feud and it didn’t overstay its welcome. It was also better to just have the straight-up match than the planned ‘Smokeshow’ segment and then transition into the match, thereby taking up much more time. Scarlett got the win after low-blowing Raju with the referee’s back turned before hitting the Dudebuster. This was fine. **

In my preview I said that this had the potential to be a really fun match given the six men involved and it ended up being exactly that.

The story throughout the match, which only went about 10 minutes, was simple; The Rascalz were at a substantial size disadvantage and therefore had to maximize their speed and agility to pull out the win. Dez, Wentz and Trey landed a flurry of high-flying offense throughout, including an exceptional Hot Fire Flame off the stage and a cannonball off the back of Josh Alexander that saw Dezmond Xavier get some exceptional air time. All three Rascalz connected with dives to Alexander for a nearfall, only for Ethan Page to break it up with a powerbomb. The heel trio then picked up the win after The North hit their finishing maneuver on Dez and Moose hit an awkward-looking spear. ***1/2

Given the physicality and stature of both women, I had hoped that these two would produce a hard-hitting, physical encounter and they pretty much delivered. Taya landed some big strikes early on and worked over Grace’s arm, whilst the challenger connected with a series of power moves. Grace hit a very sloppy looking Michinoku Driver in the middle of the match but more than made up for that with an excellent Muscle Buster later on (Samoa Joe would be proud). After what had been a fun back-and-forth, Valkyrie secured another defense of her title after blocking the Grace Driver and connecting with the Road to Valhalla.

This was a fun sprint between the two, who showed better chemistry than in their first meeting a few weeks back. Although the finish seemed a little abrupt, there’s room for more between these two. ***

Once again Sami Callihan was given a prominent spot on a big Impact show and once again he brought the goods in what ended up being a tremendous contest.

This started like many Callihan deathmatches – both guys using a stapler and some brawling on the outside that ends with Callihan connecting with a piledriver on the apron. At that point this was very much lacking the intensity that the personal feud between these two should have produced, but it then picked up considerably. Swann seemed to come into his own with the weapons, connecting with a series of shots with the tray and trash can, before landing a ‘rana and springboard cutter on the entrance ramp.

The middle section of the match on the outside also provoked one of my biggest issues with the match. Callihan landed a big piledriver from the ramp through the draped guardrail he’d set up earlier in the match; Undoubtedly a great spot, it was almost killed stone dead by the fact that they went screen-in-screen for the pin, thereby taking away any suspense of what should have been a great nearfall.

From there some Lego was introduced, with Callihan landing another piledriver, before the OvE leader retrieved a barbed-wire bat from beneath the ring. He went to use it on Swann, only for the X-Division champion to low blow him, nail him with the bat and then secure the win with a bat-assisted crossface submission.

A really fun contest that was hurt slightly for me by the slow start and the guardrail spot feeling wasted, but one that still gets a high rating because the work was good and the story of the match was excellent. ***3/4

These two ladies knocked it out of the park in a match that will stand as amongst the best women’s matches in North America come the end of 2019.

Although this was worked to maximize Kim’s strengths (Kim fighting from the bottom as a fiery babyface and taking some big bumps to cover for any potential losses in stamina), Kim matched Blanchard here step for step. She played all the hits, including locking up the figure-four around the ring post and landing Eat Defeat for a great nearfall, but she also worked hard and showed tremendous fire.

As for Blanchard, from her dive to the outside at the beginning to the middle-rope press slam and Magnum to set up the finish, she worked with an intensity that screamed STAR. Kim kicked out of the diving Magnum (which looked exceptional), but Blanchard rolled through and locked in a crossface for the tap out win. This was the passing of the torch done right, and I loved every minute of it. Tessa entered the ring a potential future division staple, she left a made woman. ****

You could see how much the moment meant to both women post-match, as Tessa basically broke down in tears as the two shared an emotional embrace in the ring. Potentially a babyface Tessa moving forward?

Knowing that Brian Cage went to the hospital after this show for problems with his back more or less qualifies all my takeaways from this match.

The match started out perfectly for the feud heading in, as Cage seemed determined to avenge all the times he’s been screwed over in the last four months, landing a series of big power moves as he went for the instant kill. Impact managed to survive all of those and then seemed set to take control of the match with a Spanish Fly off the ramp to the outside. Whilst a tremendous spot that got me up and pacing, it was also the spot where this match fell apart.

Cage looked legitimately hurt and moved at almost glacial speed for the rest of the match, with the remainder of his interactions with Impact looking incredibly sluggish and awkward. You saw repeated instances of Cage and Impact talking, clearly trying to work out a way to rework the match because Cage was obviously compromised.

Impact, to his credit, worked hard to keep things on track and the ref bump stuff was actually fairly well done and popped me, which is a rarity with any form of shenanigans. Impact’s 196-day title reign (the longest in the company for seven years) came to an end after Cage hit the Drill Claw. Given that Cage was on autopilot for the second half of the match and was clearly physically compromised, the match is difficult to rate. **1/2

After the match, BIG MIKE ELGIN hit the ring to cut Cage’s ‘celebrations’ short (he looked in agony, poor bloke), hitting him with a backfist and an Elgin Bomb before posing with the title. Elgin is a great get for Impact and I hope that Cage’s injury isn’t too serious and that they don’t have to vacate the belt.

Although this didn’t quite hit the MOTY contender status that I thought (and hoped) it would, this was a brilliant war between two of the best tag teams in the world and an excellent choice for main event.

Realistically, nothing could have topped what these four achieved here, so it was a good call to put it on last. LAX came out hot with stereo dives to the outside and from there the pace never relented, with the Lucha Brothers soon moving into the ascendancy with stereo planchas and some excellent tandem offense.

Both teams continued to go back-and-forth, exchanging their trademark offense and making maximal use of the weaponry afforded to them. Ortiz and Santana calling for the forks from Konnan was a great throwback to their matches with the OGz last year, whilst Fenix continued to astound me with his athletic ability. Shortly after they had hit a Fear Factor piledriver on Santana through six chairs, Fenix ran along the top rope and hit a Spanish Fly on Ortiz off the ladder and through a table on the ramp!

Pentagon then hit a sweet-looking Pentagon Driver through a chair for another nearfall, before he set up the ladder in the ring with two tables covered in thumbtacks. Pentagon and Santana traded strikes on the ladder before Ortiz powerbombed Pentagon through the tables and got the pin to give LAX their fourth reign with the tag titles. Fenix and Pentagon both looked legitimately hurt at points during this match but all four men gave their all to produce some utter carnage, a great main event and a perfect end to one of the best feuds in Impact so far in 2019. ****1/4

The Callis and D’Amore administration delivered again. Their PPVs are becoming one of the best certs in North American wrestling and had Brian Cage not got hurt on that Spanish Fly, the four-match closing stretch to this show would be up there as one of the most consistent Impact have produced. Tessa Blanchard and Gail Kim put on one of the best women’s matches in Impact history (and probably the best in North America this year), Rich Swann thrived in the hardcore setting and LAX and the Lucha Brothers once again delivered in an excellent main event. The entire show breezed by in a shade under three hours and is well worth a watch.

Whether Rebellion helps Impact get some more buzz I don’t know, but it certainly delivered. There were satisfying payoffs to big feuds, and the next programme for most of the big titles seems fairly well set. You can’t ask for much more than that, so a massive thumbs up from me. 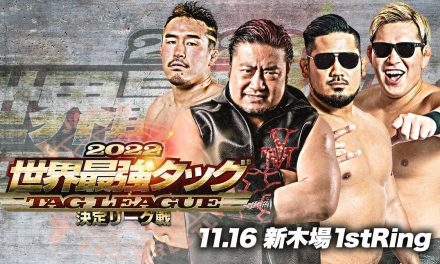