This Week in Independent Wrestling (April 8-14) 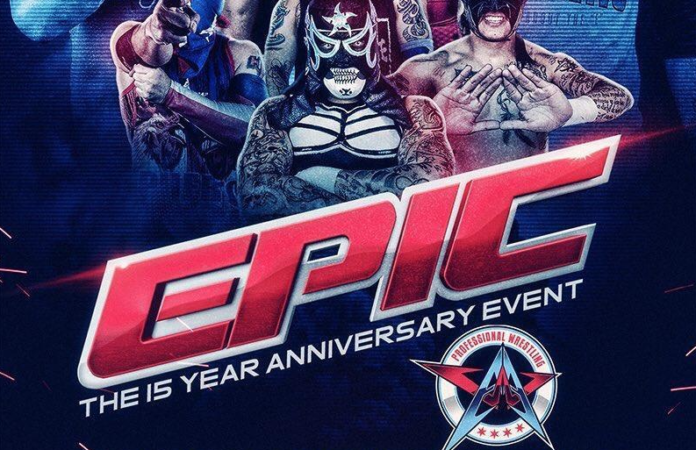 WrestleMania weekend has come and gone. It has been a rather crazy week in which I’ve watched more wrestling than I thought was possible. But the world goes on, and many of the guys and girls you saw working 50 shows in New York continue to hit the road.

It’s a big night for AAW on Friday, with their 15th Anniversary Show taking place at Merrionette Park, with a rather Epic line-up so far. Another match between The Lucha Bros and LAX, two teams who had a pretty busy Mania weekend working all over New York. The AAW tag title will be on the line here, and while it seems like these teams are wrestling each other every week atm, I could honestly watch them all day. There will also be a Heritage Title match, with DJZ defending against MJF. If the AAW fans don’t sing ‘You Are My Sunshine’ at MJF then I’ll be very disappointed. One of the busiest guys over Mania, David Starr will also be appearing, along with Myron Reed, Sami Callihan, Darby Allin, Eddie Kingston, Jimmy Jacobs and The Besties in the World. There will also be a couple of debutants on the show, with both Adam Brooks and Kris Statlander wrestling. For more info, visit their website.

Yay, it’s one of the only two times of the year that people remember CZW exist. The more obvious one obviously being the Tournament of Death, but their Best of the Best tournament are usually a lot of fun. This is the 18th outing for the tournament, and this year’s participants include Fred Yehi, Sammy Guevara, Darius Lockhart, Myron Reed, John Silver, Anthony Greene and last year’s winner David Starr. There will also be a non-tournament match between Mance Warner and MJF. If you still a CZW faithful, then you can find out more here.

I’ve put over Defy countless times, so if you haven’t checked them out yet then I’m not sure what more I can do. I’ll try one last time though, as their next show could be the one to pull you in. The big match of Wolves at the Door will see a rematch from last year’s Defyance United show between Jimmy Havoc and Randy Myers, with Jimmy Havoc looking to get a win back against the Ravenous one. Recent MLW debutant Hammerstone will also be at the Hawthorne Theatre, taking on Defy stand-out Schaff in a chain match. The tag team titles will be on the line with The Amerikan Guns defending against the debuting Reno Scum. Another killer show from Defy with two very intriguing matches, so come, go watch some Defy.

It’s time for the Riptide Rumble, the Brighton based promotion known for their incredible video production. As it says on the tin, the show will include the Rumble match, as well as a big Riptide Title match, with Chuck Mambo and TK Cooper battling it out in the main event. There will also be a rather intriguing tag match, with the terrifying team of Jimmy Havoc & Jinny going up against Paul Robinson and Chakara. Check them out here.

Pro Wrestling: Eve present my favorite match of the week so far, one that could be either awesome or an absolute clusterfuck, that being a battle between the always bizarre Su Yung and the always entertaining Session Moth Martina. May as well just cancel the rest of the show after this bad boy, nothing else is needed. If that isn’t your cup of tea though, then Joshi legend Emi Sakura will be London taking on Charlie Morgan and there will also be an appearance from Mercedes Martinez. To watch the show, visit their website.

Battle Pro Wrestling is live in Addington on Sunday, with a line-up of some of the best up and coming talent from the London area. Former Progress stand-outs Roy Johnson and Connor Mills will both be in Addington, along with Danny Duggan and The O.J.M.O. The latter gave a pretty good showing for himself in his match against Brian Cage for Rev Pro over Mania weekend, and with a bit of luck he could be one to break-out over the next few years. Go visit their Twitter page to see what going on.

Destiny Wrestling is hosting a Night of Extreme on Friday in Ontario. Extreme what exactly I’m unsure, but since it has the word extreme in the title, then obviously Tommy Dreamer has to be there to bleed everywhere for no good reason. Well, it wouldn’t be an extreme show if old Tommy wasn’t there. Dreamers appearance isn’t too bad a thing though, as the show will also see appearances from Canadian prospects Josh Alexander and Kobe Durst, as well as the recently released Michael Elgin. Durst is another name to add to the list of guys who kicked ass in New York. So, when he does break-out, please remember that I told you all about him first. To see what I’m talking about, visit their website.

Another show in Ontario the following day is Barrie Wrestling’, Nothing Else Matters. They’ve got a pretty good line-up themselves, with Tyson Dux defending the Barrie Wrestling heavyweight championship in a three-way against Holden Albright and John Greed. I’m not all that familiar with Albright, but Greed is pretty good so this should be a decent main event. Josh Alexander will again be his usual awesome self as he faces Gabriel Fuerza, and Tarik wrestles Vaughn Vertico. To find out more, check out their Twitter page.

Three shows in a row for the busiest wrestler in Canada, as Josh Alexander appears again, this time for Alpha-1 in Hamilton. Here he’ll be finishing his weekend off against Danny Adams, a man who apparently needs #nonewfriends (sorry, couldn’t resist). Adams is very good also, so you can pretty much guarantee that this will be great. There are a couple of other eye-opening matches on the card, with Kobe Durst defending his Alpha Male title against Brian Cage in a proper David vs Goliath match. The match that I’m most intrigued in though is definitely the battle between MJF and Ethan Page, who will face off in a dog collar match. Two of the most charismatic guys in the business and fresh from facing each other over at the US vs The World show in New York, this one promises to be a bit mental. Visit their website to find out more.

In Australia on Saturday, Pro Wrestling South Australia, working alongside other promotions such as Wrestle Rampage, RCW, ACW, GCW and APW, will all come to together to pay tribute to a legend of the Aussie scene, Col Devarney. The man who trained some of the biggest names to emerge from Down Under in recent years, such as Jonah Rock, Elliot Sexton and Damian Slater to name just a few. His tribute show will include a Memorial Royal Rumble, as well as performances from Jake Viper, Michael Weaver, The Band of Brothers, and a match from Devarnery’s partner at the Monster Factory, John E Radic, who faces Jessica Hendy. For more information. If you would like to learn more about this show, go here.

This week’s German action takes place in Hessen for Power of Wrestling, who present Live in Kassel: Larger Than Life on Saturday. Some of the very good talent on the show includes Tristan Archer, who appeared in the CWC and recently made his debut for Progress. Here the Frenchman will be facing Leon Van Gasteren, a German wrestler who has been steadily moving up the ranks of the German scene this past year. OTT youngster and the always impressive Michael May will also be on the show, where he will be challenging Mike Jaritz for the P.O.W Junior Championship. More info is available on their website.

Now, this is a show that catches my eye. I do enjoy a bit of Sendai Girls from time to time, and this card is certainly one I will be checking out. Mainly for the chance to see Jordynne Grace and Chihiro Hashimoto share a ring. A bit of a dream match of mine, the two will be squaring off in a tag team match here, with Grace teaming Saree against Hashimoto and Killer Kelly. To say I am excited to see this match is an understatement. The best women’s wrestler in the world will also be in her home promotion, as Meiko Satomura takes on UK prospect, Millie McKenzie, in what I’d imagine is Millie’s biggest match yet. The show will also see appearances from Hiroya Matsumoto, Alex Lee, Mika Iwata and Mikoto. All information can be found here.

Time for my monthly visit to Club Chocolate for the Chilean promotion FNLL, who present Sed de Venganza on Sunday in Santiago. The lucahdoras will be on display, with Zomer defending the women’s title in a four-way against Samantha, Mey and Gaby. There will also be a big tag match with El Peso de la Verdad doing battle with Los Bravucones. No idea what any of those words, but they sound good. Visit their website. 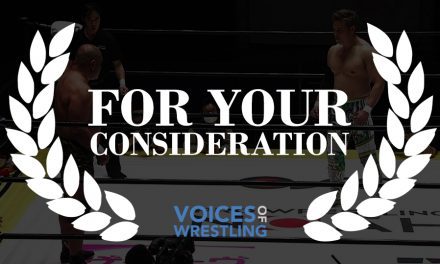