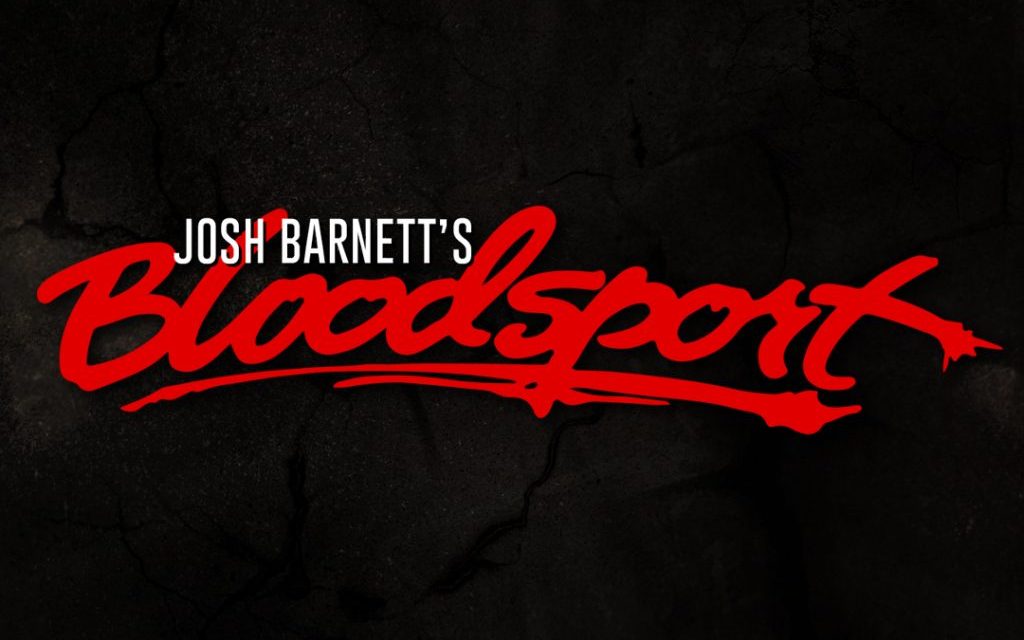 Shoot style comes to Mania Weekend for the second year in a row with GCW’s Bloodsport, this time presented by Josh Barnett.

Coming into this match, Baroni was a total unknown to me, but he has a great look. Garrini continues to look like Nintendo of America President, Reggie Fils-Aime. This match was kind of a mess. Very basic action to start with Baroni working as the obnoxious dickhead heel. Baroni was laying the act on thick, verbally and physically abusing the referee. Initially, Baroni was awarded the victory via TKO, but the decision was reversed because of Baroni’s conduct. This is not the way I would have started the show. Garrini and Baroni both played their roles well, but the story told and their placement on the card hurt them. **¼

Good golly, JR Kratos is a big boy!!! Now this should have been the opener. Kratos and Gotch had a great back and forth match. Just as I said with Baroni, Kratos was a total unknown to me coming into this, but I came away from the match very impressed by Kratos. For a man his size, he has tremendous technique and really hung with Gotch when it came to grappling. This match also featured a referee enforcing the rules, stopping the action several times to keep them from falling out of the ring. Unlike the decision reversal in the previous match, this felt like an organic way to demonstrate the rules for the event. Kratos used his power and skill to his advantage here. Gotch tried his hardest, but just couldn’t match the strength of the behemoth in front of him. JR Kratos put away Gotch with a powerbomb, followed by a diving firearm strike that knocked him clean out. ***½

This was one hell of a fight. What started off as a grappling heavy contest turned into a real beef slapper as it closed. These two beasts were rolling around the Matt throughout their match, requiring the referee to break holds to keep the men from falling out of the ring several times. Once this stopped both men from picking up submission victories, they decided to mix things up and just slap the hell out of each other. I love watching beefy dudes slap each other, so this was perfect for me. Some of those slaps were absolutely sick. Davey Boy is an accomplished grappler, but goddamn can he hit hard. Following a flurry of strikes and a suplex, DBS locked Kross in a cross face and pulled off the submission victory. Both men impressed here for sure, but Kross definitely over delivered, putting in what might be my favorite performance I’ve ever seen from him. ****

Oh hell yeah, 2018’s WOTY Masashi Takeda came out here and stepped out of his deathmatch element into the shoot style. This was much more of a sprint compared to the previous matches on the card. Takeda and renowned grappler Jonathan Gresham had a fair bit of in ring wrestling, but it’s what happened when they left the ring that changed everything. Unlike in the earlier match, the referee wasn’t able to keep the men in the ring, which led to the two men falling out of the squared circle, with both of them landing on their heads outside. Takeda was busted open and once his blood was streaming, it brought a new intensity to the match. Things didn’t last much longer after that and Takeda KO’d Gresham with his killer running knee. Faster paced than anything else on the card thus far, these two put on a great match. ***¾

This match kicked off with a series of strikes that made me wonder if it was really a shoot. Williams appeared to get gassed following the initial awesome flurry of bombs. Williams has come a long way since the first time I saw him wrestle on the first Spring Break. He’s got a fantastic look and he was able to stand and bang with Dickinson, who eventually picked up with win with a choke. This was a fairly quick match, but it was action packed and that’s what you want on a show like this one. ***½

This looked like a dad fight. It was kind of an ugly match, but that’s to be expected with Mir making his wrestling debut and Severn being very old. So yeah, what we got was two dads rolling around after they disagreed about the umpire’s call at a little league game. Mir wins with an ankle lock or a knee bar, some sort of leg hold, it was hard to tell. It wasn’t very good, but it was enjoyable enough. **¼

I’ll say this right away, I am not the biggest fan of Hideki Suzuki. Most of his matches do nothing for me and his performances vary strongly depending on how much effort he feels like putting in. This was absolutely a match that he put the effort into. Tim Thatcher was the perfect guy to put Suzuki in there with because when they’re at their best, they’re almost mirror images of each other. The story they told here really reflected that. They were pretty much evenly matched when it came to their grappling abilities, but Suzuki had the advantage when it came to striking and, most importantly, throws. It was a throw that brought the match to a close when Suzuki dumped Thatcher on his head, knocking him out and causing the referee to call for the bell. The roughly 10 minute match was incredibly well paced with neither man working one hold for too long. Outsides of his clashes with Takuya Nomura, this might be my single favorite Hideki Suzuki match. It was clearly a dream match for Thatcher and I really hope that these two men get to meet again. ****

Barnett and Suzuki was the money match for this show and both men delivered. The crowd was extremely into the match and it created an awesome big fight atmosphere. Suzuki and Barnett really put on a counter wrestling clinic in the opening half of the match, making their transitions look effortless and natural. Suzuki did what he does best here; he hit Barnett hard and broke the rules when he needed to. In the second half, the fight went to the outside where Suzuki knocked out the referee and the White Eagle Hall became a lawless land. Suzuki used a chair on Barnett because that’s a what Suzuki does, but this only served to fire up the Warmaster.

Once both men were back in the ring and the referee recovered, they launched into the closing stretch which saw the initial 20 minute time limit expire as the two men battered each other with rapid fire back and forth strikes. As the crowd chanted for five more minutes, I really wish they had ended it there because it was such a cool finish. We ended up getting the five minute overtime and while it was good, it never matched the intensity of the ending of the initial time limit. The match ended with both men applying a leg lock on their opponent and the ring announcer counted down the clock. To be totally honest, it was a pretty flat finish. I can’t say it ruined the match, but it definitely hurt my rating. Regardless of that, it was an awesome main event. Between the energy of the crowd and the hard work that both men put into this, it was a very special match. This has to be the first MUST SEE match of the weekend.  ****½

Once again, Bloodsport offered something unique on WrestleMania Weekend and managed to put on a pretty great show. This year felt a bit more polished than last year and was ultimately better for it. Everything outside of the opener was somewhere between good and awesome or, at the very least, interesting, making for a super easy watch. Shoot style isn’t for everyone, but if you want to really take in all the variety that Mania Weekend offers, you need to watch this show. 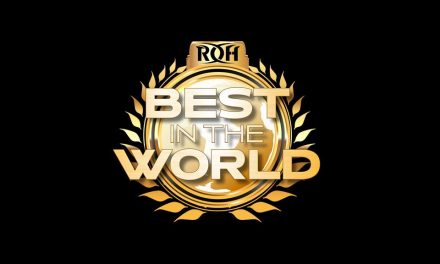 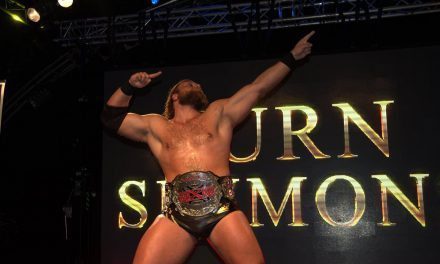