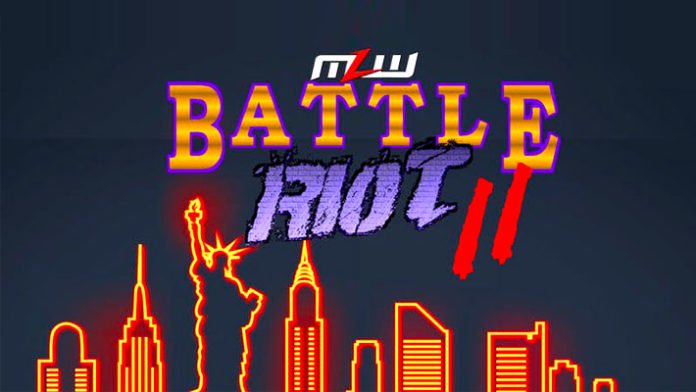 MLW is bringing back its Battle Riot show for the second this time on WrestleMania weekend. Last year Tom Lawlor won the eponymous match and ascended to the top of the promotion afterward.

The set-up of this match is Low-Ki taking of a part of Daga’s ear back in October when Daga challenged then champion Low-Ki for the MLW World Heavyweight title. While Daga has been absent from the promotion since then Jim Cornette did a nice job of setting up the match on commentary on last weeks MLW show.

Low-Ki matches tend to fall into two categories either quick bomb throwing sprints or slow mat based work. Recently we have seen more of the latter Low-Ki than the former. Expect the former champion to rebound here with a win. Prediction: Low-Ki

Rich Swann and Myron Reed have formed a team that feels mistreated by MLW officials. Brian Pillmann Jr. meanwhile is a member of the Hart Foundation that has been a key cornerstone of MLW since its relaunch. Pillman is still a very green prospect and with Swann’s current feud with the referees, there are likely going to be some shenanigans involved. Prediction: Brian Pillman Jr. by DQ

Originally this match was supposed to be LA Park vs Rush, before the latter signed with ROH. No stipulation has been announced yet, but given who is involved its hard to imagine that we won’t see some sort of no DQ stipulation attached to this. A couple of years ago the thought of this match would have gotten every deathmatch fan’s blood pumping. Unfortunately, Jimmy Havoc has slowed down since then as injuries have started to catch up with him. Still, we should get some interesting spots of this at the very least.

The booking of this is intriguing as well. LA Park has been one of the most protected wrestler in the promotion and is still undefeated in singles competition. Now Jimmy Havoc is challenging for the MLW World Title on the TV tapings, which while it happens before this show, will air after this show. Prediction: Jimmy Havoc

Teddy Hart has always had a reputation of being unreliable and crazy. Now while he certainly is still crazy this MLW run has actually been one of the most stable of his career and he is now a double champion in the promotion holding both the Middleweight and Tag Team titles.

Ace Austin on the other hand has been a recent stand-out on Impact Wrestling. He has that fire of someone who is just waiting to break out and this week might be just what he needs to do that. Now with Austin eager to break out and Teddy’s craziness you might have a combination that is ideal for this match to be the best on the show. Prediction: Teddy Hart

Last year’s Battle Riot while a bit of a mixed bag launched Tom Lawlor to the top of the promotion. In general, Royal Rumble style matches always provide at least some enjoyment from the anticipation of who is coming out next and there is a good mix of talent in this one that should keep things interesting. While most of the participants are MLW regulars there are a couple of entrants that will hope to impress in their debut.

Air Wolf is someone that seems poised to make a name for himself and Avalanche might be aiming to fill the Walter-shaped Austrian monster hole left in the current indie scene.

Now as for who is winning this there is a rather limited field based on who was been announced so far. Sami Callihan has been absent from the promotion in the last months but was pushed strong when he was a regular and a win would launch him right back into the top mix. Mance Warner has been on the rise in recent weeks and is currently embroiled in a blood feud with LA Park. While this might be too early for him to win Battle Riot expect him to stick around until the end.

As mentioned before LA Park has been one of the strongest pushed people in the promotion. A win here would instantly erase any status lost from losing to Jimmy Havoc and would set up a Tom Lawlor vs LA Park title match, which is the biggest match MLW can book right. Prediction: LA Park

Overall MLW’s Battle Riot card doesn’t offer that many interesting matches. Nevertheless, there could be some under the radar stuff here and the Battle Riot should be fun just based on Royal Rumble style gimmick. 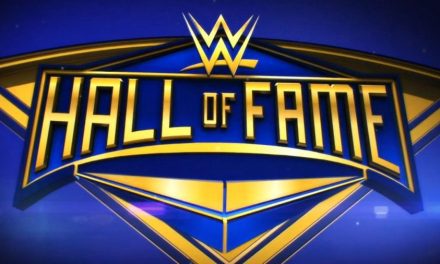