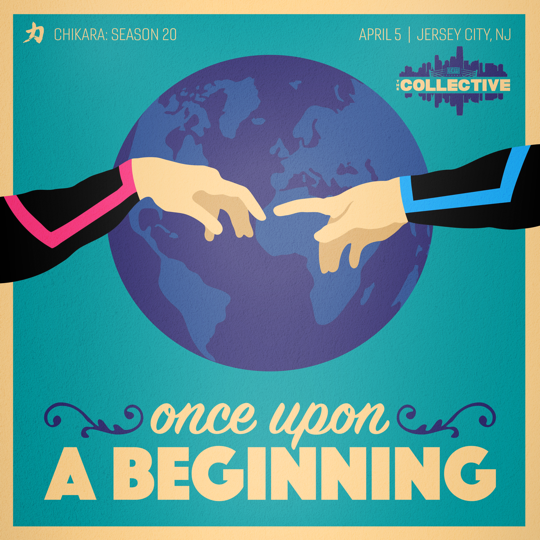 CHIKARA was once of the bigger indies in the country. But in recent years the promotion has lost a lot of its buzz and visibility in the wider wrestling world. One of the reasons is that the once famed CHIKARA Wrestle Factory hasn’t been churning out talent at the same level it used to before the promotions temporary shutdown.

With that being said CHIKARA has put together as good a card as current CHIKARA can. The matches are an interesting mix of the past, present and future of the promotion. Longtime CHIKARA regular Chuckie T makes his return to the promotion after a nearly two-year absence, in what is likely his last match with the promotion for a while.

In the opening match, we’ll see recent Young Lions Cup Winner Still Life with Apricots, which even by CHIKARA standards is a ridiculous name. While Still Life with Apricots is still green in the ring their character work so far has shown some promise. Further, we will see the rekindling of one of CHIKARA’s more successful feuds when The Colony faces off against the newest configuration of F.I.S.T.

CHIKARA has always had a knack at bringing in unknown people and give them their first exposure. This is what they did back in 2017 when they gave team White Wolf from Spain their first major exposure during their King of Trios tournament. The stand out from the group has been A-Kid, who had a match with Zack Sabre Jr. last year that grabbed a lot of people’s attention. Now he is making his way over to New York and he has the potential to be one of the standouts of the entire week.

Finally, in the main event, we’ve got tag team partners facing off for CHIKARA’s biggest prize. Both men have been with the promotion for a long time now and after being mainly tag specialists have recently ascended the in the singles ranks as well. Touchdown is the defending champion, but Dasher Hatfield had been defending the title on Touchdown’s behalf while the latter was injured. Now that Touchdown has returned the two are facing off to determine who is the true undisputed CHIKARA Grand Champion.

Overall this show has the potential to at least be some mindless fun. I doubt it will have anything must see on it, but if you’re looking for something light do check out the show.

CHIKARA Once Upon a Beginning Card