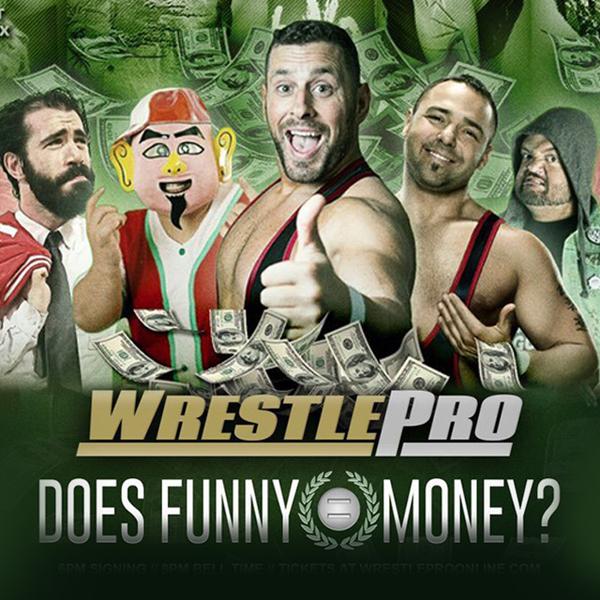 While New Jersey-based WrestlePro may be considered a relatively young promotion (founded in 2016) as the spiritual successor to the former Pro Wrestling Syndicate, the Pat Buck-owned operation is no stranger to WrestleMania weekends. PWS ran a series of shows back in 2013 when WWE last came to the New York area for WrestleMania weekend. After upheaval in the company, Buck emerged with a new company and a new vision: WrestlePro.

WrestlePro has run almost exclusively in the New York/New Jersey area and has used their connections in the pro wrestling world to run joint shows with major companies like Global Force Wrestling and Impact Wrestling.

This WrestleMania weekend WrestlePro will present two shows: one a joint show with CZW on April 6 and Wednesday’s Does Funny = Money? emanating from the Rahway Rec Center in Rahway, New Jersey.

Much like their successor PWS, Buck’s WrestlePro blends stars of the past, nostalgia, irony and local wrestlers to present an easily digestible and approachable brand of pro wrestling. Stars from the past on WrestlePro’s Does Funny = Money include Santino Marella, Swoggle and the Blue World Order. Joining them will be modern comedy wrestlers like Colt Cabana, Bill Carr & Dan Berry, Japan’s Kikutaro and more. The card also features some of WrestlePro’s consistent talent roster including Matt Macintosh, Anthony Bowens, Bobby Wayward, Dan Maff, Fallah Bahh, Buster Jackson and more.

The top-billed matches are Santino & Colt Cabana teaming up to face the Heavenly Bodies duo of Desirable Dustin & Gigolo Justin. Macintosh and Bowens will face off with Johnny Clash and Jack Manning in a four-way match. The Team Tremendous duo of Carr & Barry takes on former Impact Wrestling star Allie and Rosemary and in what’s sure to be the most interesting match of the night Swoggle battles Maff in a street fight. WrestlePro Does Funny = Money will also feature a first-of-its-kind Bird Box Match with Shawn Donovan and Jackson. Kevin Matthews & Fallah Bah will team up to face the Blue World Order, Team Espana, Shook Crew, Breakfast Club and Massage Force in a tag team gauntlet match and finally, WrestlePro owner Pat Buck will match up against Santana Jackson.

The name of the show tells the tale. If you’re going to WrestlePro Does Funny = Money? expecting chain wrestling or hard-fought battles, you may want to look elsewhere. If you want to cap off the first day of WrestleMania weekend with some laughs and nostalgia, Does Funny = Money? could be the show for you. 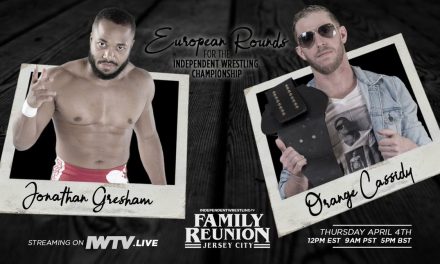 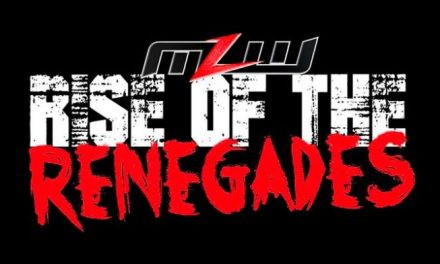