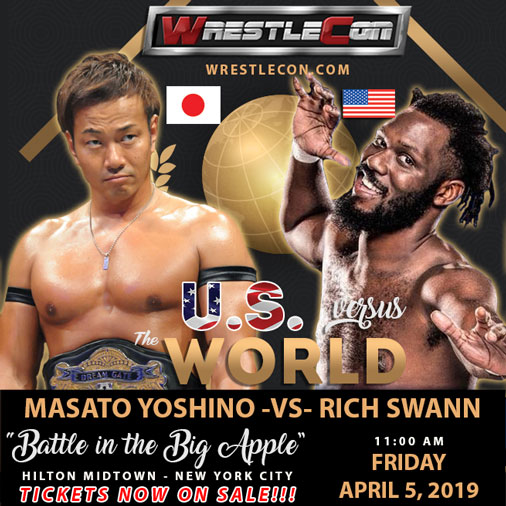 Wrestlecon US vs The World is one of the sleeper shows of the weekend. I haven’t seen to much buzz about it but the card looks absolutely stacked. Purchasing a reserved seating ticket for U.S. vs. The World grants you access to the Friday Wrestlecon convention, so that’s a nice little bonus.

The only fault I can see in this card is that there are too many matches and not enough time in order to give them each a proper duration, but here’s hoping that US vs. The World delivers some Match of the Weekend contenders. I certainly think it has the potential to do so.

This will definitely not be the match of the weekend, but we shouldn’t sleep on these two charismatic wrestlers. With such an oversaturated weekend of wrestling, MJF could have the perfect formula: his cocky attitude and fantastic crowd management could work better for this type of fans than say, a Susumu-Starr technical match.

It’s been a while since the former wXw Shotgun Champion, Emil Sitoci last wrestled in America so this is a great opportunity for him to turn some heads in this side of the world. The MLW regular, Brian Pillman Jr. is a solid hand that has a long way to go but I cannot say he will light this show on fire. Sitoci is a great veteran opponent to guide Pillman here. I’m curious on how this match will look like and I hope Pillman has a great ‘Mania Weekend, but to be honest, this is the most uninteresting match in US vs. The World.

These two have shared the ring a few times in DDT and AAA, they both have successful YouTube blogs and their styles are perfect for each other. This should be an agile match with beautiful dives and a clash of ‘attitudes’: the charismatic cool cat against the prick pretty boy. Keep your eye on this one because I have a feeling this might be the Match of the Night.

Tanaka is well known in America for his legendary 90s matches with Mike Awesome in ECW and has kept himself relevant all these years, being an important piece in ZERO1 and other puroresu promotions. Just recently, Tanaka wrestled again in the United States but I’m sure there will be many hungry fans that will be looking for a chance to see this badass live, and what better opponent than another big, beefy dude like ‘The Machine’ Brian Cage, one the most versatile competitors in the independent scene, whose agility and strength feats are great to pump up any crowd. Having him do battle with the big Masato Tanaka will surely turn many heads. This is going to be an intense hoss fight that I hope delivers one of on Mania Weekends most intense bouts.

Out of the changes made in the card (damn you, Visas), this is the only one that kind of disappointed me. I think Davey Boy Smith is horrendous and the little I’ve seen of him next to Teddy Hart has been utterly unimpressive, but LAX are great opponents for them; I think Smith’s powerhouse offense and Teddy’s fast-paced craziness could work well with Santana and Ortiz, who are capable of adapting to any kind of style. I fully trust LAX to pull out a cool match out of this.

After the visa issue, Daga was chosen as Susumu’s replacement and it was a damn good decision. Daga is a tremendous technical wrestler that – just like his opponent – will be all over ‘Mania Weekend and I expect this to be his best match. Daga lacks charisma, but Starr has enough for both of them; the ‘Jewish Cannon’ is on top of his game and he will probably beat Daga in what I hope will be a hard-hitting, beautiful technical affair.

Hell yes. This is on my Top 3 most anticipated matches of the weekend and I expect it to be Black Taurus’ breakout match. Darby Allin always excels in matches against big opponents and Taurus is the perfect choice to achieve just that, we will probably see Darby bumping like a maniac here.

Taurus has been destroying people left and right, and just a couple of weeks ago, he stomped all over every other luchador in a big AAA Rey de Reyes scramble match. If executed properly, this match should put Black Taurus over while giving Darby even more prestige as one of the top babyfaces in the game.

The sadness of not having Yoshino in this card was quickly replaced by uncontrolled excitement as Jiro was announced as his replacement. Jiro oozes charisma through every damn hole of his body and his presence should be perfect to energize a crowd that still might be a bit sleepy. Jiro recently left Wrestle-1 and is looking to refresh his career, he even said he’d like to work for a big American company so he needs to have a great match here to start working toward that goal.

I would never have expected to see Jiro live during a ‘Mania weekend event and while I’m certain Swann-Yoshino would’ve resulted in a better match, I really don’t care about the quality of this one, nothing will take away my smile watching Jiro perform live.

I can’t stand Adam Brooks, he’s like the Australian Chris Brookes for me… but I have enjoyed him in non-singles matches, so watching him wrestle alongside Robbie Eagles – who has a huge 2019 ahead of him – might change my mind about him. Also, having Australian Suicide in the mix is a huge boost for the match: the man is used in working crazy multi-man spotfests in AAA and I’m sure he’ll perfectly fit here. The Rascalz are exciting daredevils that don’t have too much going on in ‘Mania Weekend so I hope they focus all their talent in this match that I’m certain will be among the best of the show. 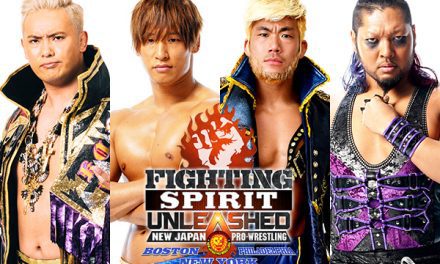 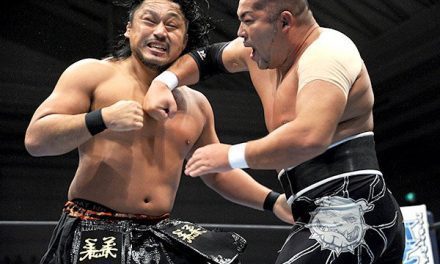 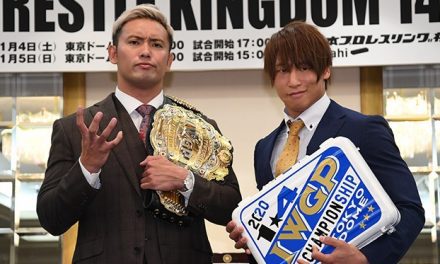