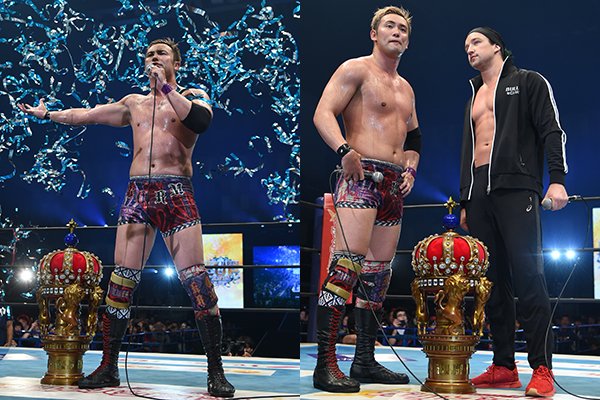 Chase Owens has been a staple of New Japan undercards for almost five years at this point and this is his first title New Japan title match since challenging Liger for the NWA World Junior Heavyweight in 2015. Since then he has been solid to very good and as a reward, he gets a big title match and a semi-main event spot here. So did he deliver the good or did New Japan make the wrong call? Well, we’ll get to that because this was the tale of two matches.

Juice comes out hot and is clearly upset over getting eliminated from the tournament by  Chase. Chase, on the other hand, is wearing the same tights he wore when he beat Juice as a good luck charm. They start brawling right away and you can feel the hate. Owens is looking to ground things and starts to play around with Juice. He kicks him on the ground and this sets off Juice in a major way. We get a nice fighting spirit spot from Juice here and it’s great to see how well he has adapted to New Japan now. This match is flowing along really nicely until we get an interference spot from Jado. Not a big fan of it but it’s not disrupting the match too much, at this point at least.

Juice works over Owens’ back and from this point forward the story of the match is about Owens’ injured back vs Juice’s banged up ribs. It settles into a nice back and forth rhythm from here until Juice puts Owens into a Boston Crab. Up until that point, this was a very good, but from here unfortunately things deteriorate.

We get a ref bump and what follows is an almost WCW 2000 level of interference. First Jado comes in with his kendo stick, then Owens throws powder followed by a near fall. Owens attempts to hit his finisher but his back gives out in a nice callback. Juice has Owens pinned only for Jado to pull out the ref and for Bad Luck Fale of all people running in. All of this is still not enough put down Juice, who mercifully ends it with Pulp Friction.

Following the match Fale attacks and is most likely the next contender. Yeah, I can’t say I’m looking forward to that match as Fale is the worst wrestler in the promotion. The interference nonsense really ruined this match for me. We had a nice story here without it and this had the potential to become a great match without it.

These two are very much contemporaries being the same age and both starting the main part of their careers in 2007, even though Okada did do some matches as part of Ultimo Dragons’ dojo before that. Both have even had shitty TNA runs during their excursions. Sanada though had to take a more roundabout way to get to this position. After leaving All Japan and the later WRESTLE-1 Sanda bounced around the US and Japanese indies for a while before joining New Japan. Since then he has been a key part of LIJ and has been climbing the ladder alongside his sometimes tag partner EVIL.

The story early on is Okada being beaten up from his previous grueling match with Ishii and Sanada attempting to grind him down. Sanada is the clear crowd favorite being from nearby Niigata City. Okada then manages to get the upper hand by working over Sanada’s neck to set up the rainmaker. Following a tombstone reversal from SANADA the pace picks up considerably.

One common complaint about Sanada is that he seems to lack fire. That is definitely not the case here. He was determined to make the most of this opportunity and show his hometown crowd what he can do. Both men are good at going counter for counter and we get a number of nice sequences in this match.

New Japan has used the tournament to set up SANADA’s Skull End / Moonsault combo as absolutely deadly. While Okada did get caught in the Skull End a number of times he just managed to avoid the Moonsault time and time again. At the end of the match, he was holding onto SANDA’s leg as his last-ditch effort to prevent SANADA from going for yet another Moonsault, which puts it across nicely how afraid he was of the move. We get an awesome Moonsault into Skull into reversal into Tombstone combo at the very end of the match. This then leads into Okada hitting the rainmaker to win his second New Japan Cup (2013).

Okada will now move on to face Jay White at MSG for the IWGP Heavyweight title. As for SANADA it will be interesting to see where he will go from here. This was his best effort in New Japan so far, but it has to be seen if he can maintain his momentum or if this was his peak.

This night was nice encapsulation of my thoughts on the tournament as a whole. While there was a lot of good stuff there was also some of the worst stuff I have seen in New Japan. Overall the expansion of the field to 32 was a good idea, but still some of the matches in the tournament were just outright bad. However, the matches that delivered, delivered at a very high level like the final tonight. So there is simply a higher variance in match quality than is normal for the New Japan Cup, which generally tends to be a string of ok to good matches. As for this night do not watch the US title match or maybe skip ahead once the interference nonsense starts. Do watch the final to see SANADA’s best match in New Japan so far. 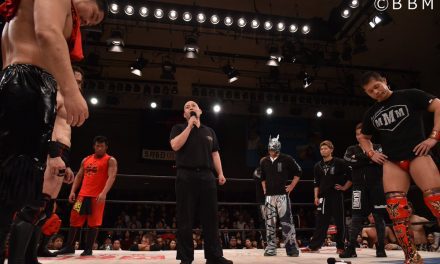