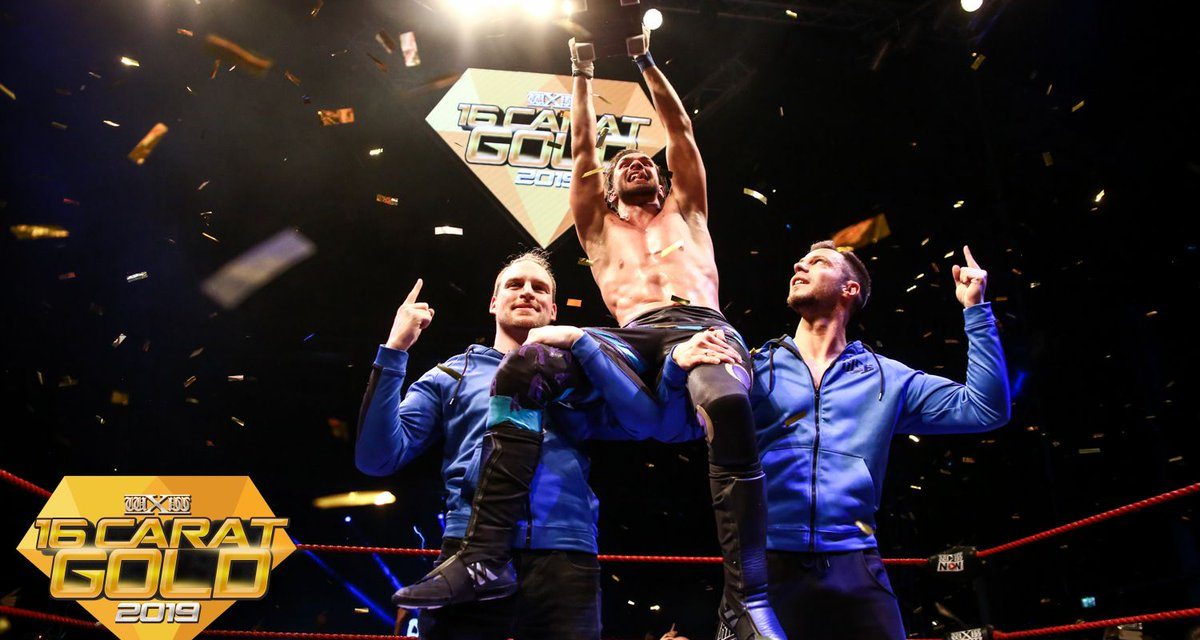 Though we were two shows down, the final night of 16 Carat Gold 2019 still held a lot of interest as not only was the 16 Carat Gold trophy on the line, but the wXw Women’s Title would also be defended on the show as Toni Storm defended against Killer Kelly.

By the close of Night Two, Ilja Dragunov, WALTER, Avalanche and Lucky Kid were the four men left with a shot at the trophy. Part of the fun of the lack of brackets for the tournament meant no-one knew who would meet who in the semi-final, so it was a surprise when Ilja Dragunov and Lucky Kid met in the opening match of the show. With some weary heads from two long nights, putting two popular wrestlers on first helped get the mood going for those who had maybe imbibed a few too many good drinks the evening before. Unlike usually, Dragunov took the bulk of this match as he blasted Kid with chops and strikes, regularly winning any exchanges between the pair. Having grabbed two flash pinfall wins thus far, they teased another with Kid turning a Torpedo Moscow into a small package for 2.9, whilst Dragunov then nailed a Torpedo Moscow as Kid went for a handspring back elbow! Just as it looked like Ilja had the match in his grasp, another Torpedo Moscow saw him collide with the turnbuckle and allow Kid to land a 450 splash for the win. Another upset in all reality, putting Kid into the final against all the odds.

WALTER and Avalanche used to be tag team champions, but there was no love lost between the two big men as Avalanche almost took the match in the first minute with a Dreissker bomb. Fully embracing his new heel demeanour, WALTER attacked Avalanche’s shoulder, a constant area of injury, by sending him into the metal rampway and working the joint over with holds and impact offense. Impressively, Avalanche was able to slam WALTER with only one arm and mount a comeback, but a second Dreissker bomb hurt the shoulder enough to leave him vulnerable for a Kimura-style submission for the WALTER win via tapout. More one for the story than the action, though it was serviceable big man fighting.

Unlike Lucky Kid up to this point, WALTER had bent the rules and took every cheapshot he had to reach the final. In the final, the danger was always the power and raw aggression that WALTER brought to the table, meaning that Kid as never too far away from a stiff strike or a ruthless slam. There were callbacks to all of their matches in the tournament, most notably when Kid went for a small package for 2.9 and then reversed a superbomb into a super-rana. WALTER comes across as ‘special end boss’ at times in his presentation and he brought out all his most powerful offense, including a tombstone and a top rope splash, but Kid was resilient. The arm trap sleeper that ended Fenix almost allowed Kid to grab a flash pinfall on WALTER, whilst the charging Austrian ran into a standing double foot stomp moments later. Not content with one, Kid landed two 450s…and WALTER still kicked out. However, Kid transitioned straight into a crossface that forced WALTER to tap out!

After Kid defeated Thatcher in the opening round, he was always a feasible shot for the tournament, but I didn’t think it would happen until WALTER tapped. The response that Kid got at 18th Anniversary for his phantom title victory over Absolute Andy must have forced wXw’s hands as Kid ran through a who’s who of wXw talent en route to victory.

Toni Storm and Killer Kelly were once friends, but had now turned bitter enemies and Storm was playing off her new heel persona with aplomb throughout their wXw Women’s Title match. The early brawling into the chairs felt a little forced, but as soon as Storm tried to win via countout, the match settled into a really nice groove. Storm was the playground bully, kicking and pulling at Kelly’s hair, before a second attempt to win via countout following a Strong Zero on the ramp. Kelly, a plucky underdog if ever there was one, beat the count, before taking umbrage with Storm’s mocking her (which included stealing Kelly’s mouthguard) and launched a comeback. Unsurprisingly, both finishers were kicked out of, before Storm stole a quick schoolboy roll-up for the win to retain her title. This match got better as it went on and the sneaky way in which Storm won leaves the door open for a return contest which I look forward to.

Outside of the tournament and the title, two six man tag team contests gave the fans something different. In the second of the two, Schadenfreude took on the Lucha Bros and Rey Horus in a match that was all about the flashy moves and little about the psychology. Mark Davis kicked out of a Canadian Destroyer in the first two minutes, as well as taking a three man combination of double foot stomp, swanton bomb and 450 splash later on in the contest. The Mexican trio had some good team moves, including Pentagon pitching Horus to ringside and onto Schadenfreude to spark a dive fest. However, a miscommunication somehow saw Pentagon hit the Canadian Destroyer on Fenix, leading eventually to a Praying Mantis Bomb victory for Brookes and Aussie Open. It’ll be interesting to see if this Schadenfreude involvement is a one off thing or has some legs in wXw.

In the first six man tag on the card, a proto-RINGKAMPF of Axel Tischer, Timothy Thatcher and Veit Muller took on Daisuke Sekimoto, Shigehiro Irie and Yuji Ishikawa. The veteran Ishikawa started the match by giving Muller a bit of schooling on the mat in a neat sequence, before each man was given a chance to shine. Irie became the man in peril for his team, though his escape – piledriving Thatcher onto Muller as the latter went for a sunset flip – was a great spot to see. Muller also impressed, in particular with an airplane spin on Sekimoto that eventually saw them collide with a big, dizzy clothesline afterwards. Sekimoto ended up saving Irie from a Thatcher sleeper, before Irie landed the Beast Bomber on Thatcher for the win. A fun six man tag, though a bad weekend for Thatcher.

Post-match, WALTER and Axel Dieter Jr. came down to join the trio in the ring and officially welcome Muller into RINGKAMPF after WALTER teased a beatdown. Things clearly weren’t sitting well with Thatcher though as he walked off before they could complete the RINGKAMPF pose. This was a great celebratory moment for Muller though who has gone from strength to strength in the past six months.

There was also a chance for a reunion to be had as Hot&Spicy (Axel Dieter Jr. and Da Mack) interrupted a JayFK promo for an impromptu match. Whilst it does somewhat negate the heel turn and brooding gimmick Mack had been working with this past few months, the reception for the team was very good. Naturally, JayFK took control by cheating and then effectively used their heel 101 tactics to cut the ring off – so simple, but so good. A top rope enziguri by Mack gave him the chance to tag in Dieter Jr., and after a double top rope blockbuster, dual gamengiris gave the returning team the victory. This was all about the feel good moment for Mack and Dieter Jr., whilst JayFK are the sort of heel side who can always come again with relative ease due to their cheating and smarmy nature.

wXw 16 Carat Gold delivered both in the ring and in terms of the storylines across the weekend. It may not have had so many huge standout matches (though Starr/WALTER and WALTER/Fenix were both particularly good), but it did have big feel good moments in terms of Bobby Gunns winning the gold and Lucky Kid taking down WALTER to win 16 Carat Gold. They have also left enough threads open going forward, in particular what is going to happen with David Starr and Timothy Thatcher? I, for one, cannot wait to find out. 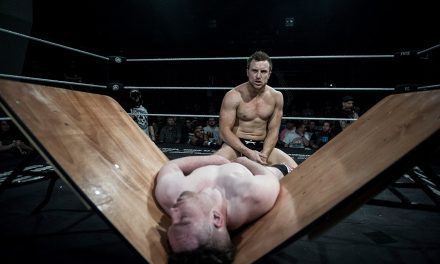 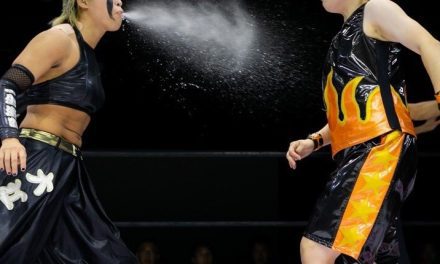 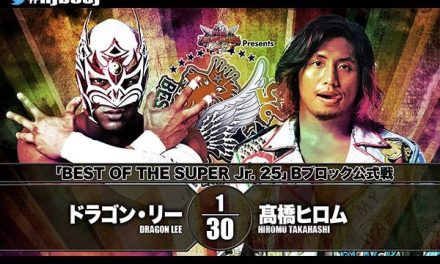