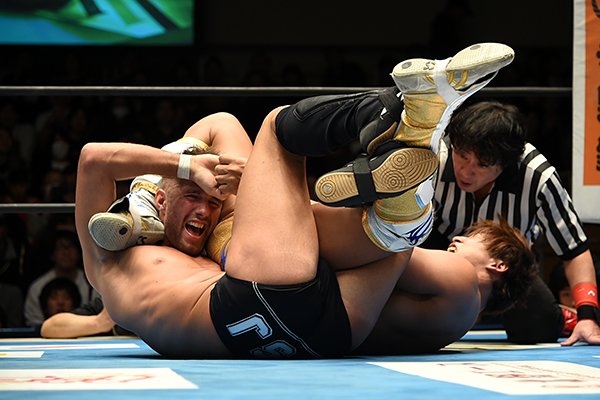 We normally don’t cover the non-tournament matches in this format, but I do encourage you to watch the opening match. They set up a very interesting feud in that one.

In the immortal words of Kevin Kelly this was Ace vs Ass. Taguchi has always been borderline when it comes to his junior heavyweight status, nevertheless, it was a huge achievement for him to get past Tenzan in the first round. Its just a shame that David Finlay, the man Taguchi replaced in the tournament, did not get that win due to his injury.

As long-standing members of the New Japan Army these men have teamed on many occasions and have even held the Never Openweight Six Man Tag Team titles together. This history gets played up perfectly in this match with Tanahashi just heeling it up massively. While he is an amazing babyface, it can not be overstated how good he is as a heel. It’s unfortunate that we will likely never get a full Tanahashi heel run.

Here he is just snarling while he beats down Taguchi with the man’s own ass-based offense and makes it very clear that he considers Taguchi to be a joke and beneath him. Taguchi meanwhile just tries his best to fight back and even dropped most of the comedy stuff. But in the end, his instincts get the better of him and he does his super long Nakamura parody stuff, which is also the last time he gets any major offense. That is until Tanahashi gets too cocky and tries to hit Taguchi with his own finisher. Taguchi is going for one last flurry, but Tanahashi cuts him off quickly and finishes him off with the High Fly Flow. Thus ends Taguchi’s quest to become the 69th, nice, IWGP champion. A very good fun match that still keeps Tanahashi strong going into the next round.

Well well well this is certainly an unexpected piece of booking. I’m not going to lie I had Ibushi as one of my favorites to win the entire thing, especially after he took out Naito in Round 1. He had finally signed a contract as well and seemed primed for a big push. Now he obviously will be a pushed commodity going forward, but it also shows you how much the Company thinks of ZSJ. Now we will get Tanahashi attempting to get revenge for his loss against ZSJ in the New Japan Cup final last year.

As for the match itself, it was very good, as is to be expected given the men involved. This match was contended more in ZSJ style than Ibushi’s as this was very ground based. Both men are just incredibly smooth and they transitioned nicely between the different holds. Sabre kept working over Ibushi’s legs to neutralize his flying and Ibushi instead relying on his ever-increasing arsenal of power moves.

As we get down the stretch, ZSJ proves again that he just needs one exposed weak spot to seize victory. Ibushi pulls down his kneepad to knock in Sabre’s skull with the Kamigoye but it gets countered. Sabre then quickly transitions into Orienteering with Napalm Death and stretches Ibushi beyond his breaking point to get the tap out victory.

This was a very good show and one of the better of the whole tournament so far. Both New Japan Cup matches delivered and there was fun stuff on the undercard as well. Make sure you watch the opening match and the two tournament matches. 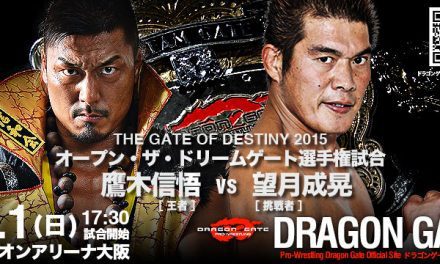