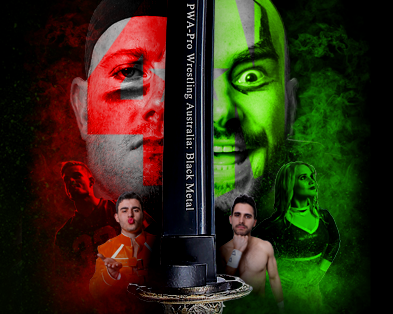 All three members of the Kelly Gang were making their PWA debut. Paris De Silva and Will Kiedis have a little twitter feud (De Silva getting under Kiedis’ skin by saying that his mum is hot) that they incorporated in the match. Kiedis telling De Silva to ‘stay away from my mother’. Crowd chanted ‘Northshore Wankers’ to the Kelly Gang (the stable are heels in other New South Wales promotions).

The VeloCities are a very exciting trio and dazzled the crowd with their energetic high-flying ability. Kelly Gang would ground De Silva for a good portion of the match. Osborne had some nice bursts of power offence. London would get the hot tag and changed the course of the match. De Silva looked to get the win with his Shooting Star Press but the whole Kelly Gang interfered and did a continued three on one assault on him. This forced the referee to disqualify them and give the win to The VeloCities.

There was a little post-match beatdown on De Silva and London for the Kelly Gang to vent their frustration. They get another ‘Northshore Wankers’ chant. Very fun opener with The VeloCities providing the excitement and energy. It was also an effective debut for The Kelly Gang as heel thugs. ***1/4

Kelly Gang are backstage and feel like winners by beating down The VeloCities. Kiedis is especially delighted about De Silva being beaten because of what he said about his mum.

Shazza McKenzie comes out in a Sailor Moon inspired gear. They lock up and Payne gets her into the corner. He then gives her a patronising pat on the head. Big mistake as Shazza begins to school him with some nice roll up pins. It then becomes a battle of Shazza’s technique vs Tyler’s power. Shazza was able to out wrestle Payne, but his strikes and size advantage helped to keep him in the contest.

Great callback when Payne looked to do a driver from the apron to the floor (reference to the TLC match between The Choc Blockers vs SMS from a 2018 show, where Tyler Payne’s previous persona SnapChad did a Michinoku Driver through a table on Shazza). However, Shazza knocked Payne to the floor and then hit a crossbody off the top rope. She then brings him into the ring and connects with the split-legged stunner for the three count. A very nice match which served its purpose to continue Shazza’s momentum towards potentially bigger things. ***1/4

A bit of an odd match and dynamic with both guys as heels, but it was well-worked. Getting some surprising Luchi chants in this match. I guess TMDK’s most recent acquisition is a bigger heel and Luchi has become the default babyface. Broderick drops a plastic bottle and Luchi goes ape shit because he has an environmentalist gimmick. ‘Recycling’ chants from the crowd. Luchi angrily tells Mikey to recycle it and Mikey just tosses it into the crowd. This is the beginning of a match with had a nice balance of comedy and good wrestling.

I liked that Luchi had his moments where he was looked imitated by the more physically imposing Broderick. But at the same time, he wasn’t afraid to bring it to Mikey in order to survive and hang with him. Very funny eye gouge battle in the middle part of this. A brainbuster put Luchi away.  Post-match, Broderick cuts an entertaining promo, but he makes TMDK sound like that they have been dominating PWA when they have barely made a dent. ***1/4

Luchi was feeling like a loser and had a big sulk in front of interviewer Frankie B. Good stuff.

This is the debut of the BSCG (which has to be inspired by the Black T-Shirt Squad of Mike Quackenbush, Don Montoya and Reckless Youth), which Concrete Davidson teased about forming on the last show. The BABES are cool heels. The fans can’t help but cheer for them because they are so charismatic (in particular, Mikey Wahlberg).

Davidson’s partner was a mystery before the match. It turned out that Jax Jordan was the mystery partner (nice bit of story continuation as Jordan was previously rejected by the BABES when he tried to enter their stable). The BABES tried to sneak attack Jordan at the start but Jordan’s creative offence prevented that. However, most of the contest was the BABES beating down on Jordan with some creative double team moves (with a few periods of BSCG doing some tag moves as well). That was until Caveman Ugg’s music provided a distraction which caused them to lose the contest. Amusing debut for the BSCG and felt like a match that was getting pretty great but was cut off (which is fine, because it helps to build the upcoming Ugg/Wahlberg match).  ***

Looks like a bit of dissection between Wahlberg and Deams after that loss. Out comes Caveman Ugg for real. BABES try to double team but Ugg is too powerful. Big slam to Deams and Wahlberg had hightailed to the ramp. Ugg announced that Ugg/Wahlberg for the PWA title is officially happening.

On the last show, Unsocial Jordan superkicked beloved announcer Diego in his last appearance for the promotion. Ricky South is disgusted by his actions and it created this feud. The commentators billed it as ‘Censorship vs Freedom’. South being a flamboyant personality (much like an Adrian Street or Goldust) and Jordan being a jerk who’s trying to get PWA to clean up its act (less swearing, less ‘vulgar’ displays etc).

South gives the bird to Jordan and then South starts like a house of fire. A shining wizard by Jordan puts him in driver’s seat. Interesting moment where Jordan wipes off South’s lipstick, which seemed odd but actually had a great payoff. Another great moment is when Jordan slips off the top rope and South then clocks him with a lariat. South then told the referee to give him some lipstick and he applied it on. Went for the Dino Driver but Jordan’s SMS counterpart Tyler Payne had distracted him for a second. This gave Jordan enough time to recover and roll up Jordan for the win. Really loved how South’s lack of focus (needing to apply his make-up and the Payne distraction) had costed him. ***

The BABES have a backstage interview and Deams looks pissed that Matty is hogging the spotlight. Matty was oblivious to Deams and focused on hyping himself up.

This match felt like a step-down from the rest of the show but was ok. Troy is easily the most experienced and proficient wrestler.  Candy Lee, Xena and Bel Pierce are green but showed glimpses of potential. This felt clunky and awkward when they were going from spot to spot. The crowd seemed to enjoy it and had entertaining exchanges, but there is still a lot of room for improvement and I am a stickler for matches having a good flow. Troy wins with a kimura on Xena. Highlight on this contest was Candy Lee throwing hard candy at Troy’s face which was equally silly and mean. **1/2

Unsocial Jordan told Frankie B that South’s ‘flamboyant nonsense’ made him lose. He was putting on lipstick when he could of got the win.

Big Fudge comes out to thank the crowd for their donations to Beyond Blue and as a result of their generosity, Adam Hoffman’s entrance music will be ‘Blue’ by Eiffel 65 (because he represents the Blue Nation in The 4 Nations). Hoffman reluctantly comes out and he clearly hates Eiffel 65. It’s an extended squash with a few hope spots from Big Fudge (including a middle rope butt punch!). A beautiful Arn Anderson-esque spinebuster and a couple of powerbombs on a bag of rubbish had put an end to Big Fudge. Decisive win. I can never rate Big Fudge matches. Truly the Stalker Ishikawa of Australian Wrestling. NR

This is the finals of the first ever Colosseum tournament and the winner will receive the Black Metal sword (which is like the Fire Sword for the ZERO-1 Fire Festival). Both Moretti and Bonza are members of the 4 Nations stables and currently the PWA tag team champions. Bonza is dressed as Kratos who is the God of War and Moretti is dressed as Loki who is the God of Mischief. Interesting symbolism of the contrasting personalities. They had their feeling out process until they had their little battle of who could get the best crowd reaction from their corner of the ring (which is something they would do as a tag team with Moretti getting cheered and Bonza getting booed). However, Bonza would sneak attack Moretti. Then then went into a counter battle which showed that both know each very well. Reversal after reversal. Bonza would get an incredible backbreaker to shift into his favour.

Moretti did a crazy spot where he did a diving meteora on the outside of the ring. Not to be outdone, Bonza would do a ‘Big E esque’ spear through the ropes. They have an outside brawl for a little bit, which featured a mental tope from a bar table by Moretti that he got tremendous distance with. They eventually get back into the ring.

Another instance of a great counter is Moretti going for his delayed slingshot somersault senton but Bonza countered that move into a powerbomb. Bonza’s strength was proving to a handful but Moretti found a way to deliver a tombstone. Only a two though. A flurry moves which ended with a spiking headlock driver on Bonza, but that also got a two. Moretti brought a chair and the referee prevented that. Which gives Bonza the opportunity for the roll up. The kick out had accidently pushed Moretti into the referee. Moretti tries to use the chair but the ‘God of War’ punches a hole in it. Time for Plan B and Moretti does an Eddie Guerrero by pretending to be hit by the chair, but Bonza had none of it. Before the referee could get up, Bonza hits him in the back and then gives some chair shots to Moretti. Blue Thunder Bomb by Bonza, but it’s only a two with the new ref. Moretti is outside and is prone for a TOPE CON HILO by Bonza which surprised me because he is not usually a high-flyer.

Boston Crab in the middle of the ring but the ‘God of Mischief’ reaches the ropes. They both are on the top rope and TOP ROPE CANADIAN DESTROYER by Moretti on Bonza. They go strike to strike and Bonza hits a nasty headbutt. They then trade ankle locks and then roll up pins. Then is when Moretti gets pin to win the Black Metal Sword in a sudden finish. Heated contest which delivered an excellent final. Loved how they were able to counter and scout each other’s moves. Their contrasts had created an intriguing dynamic. Highly recommended. ****1/4

Another fun PWA show which has highlighted by Moretti/Bonza. The big takeaway is that PWA have a lot of options going forward. There are future challengers for the PWA title that have momentum (Wahlberg and Moretti), potential challengers that they are building up (Shazza, Hoffman, Jordan, Broderick) and they have a lot of different stories happening with their roster. Considering that many independent promotions are suffering from stagnated booking, PWA is a breath of fresh air. 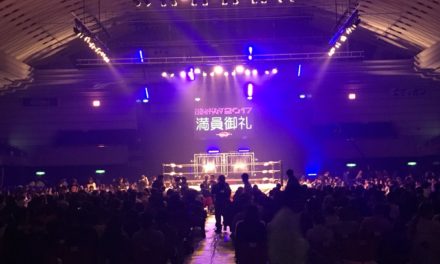 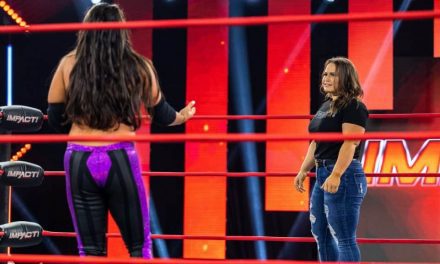