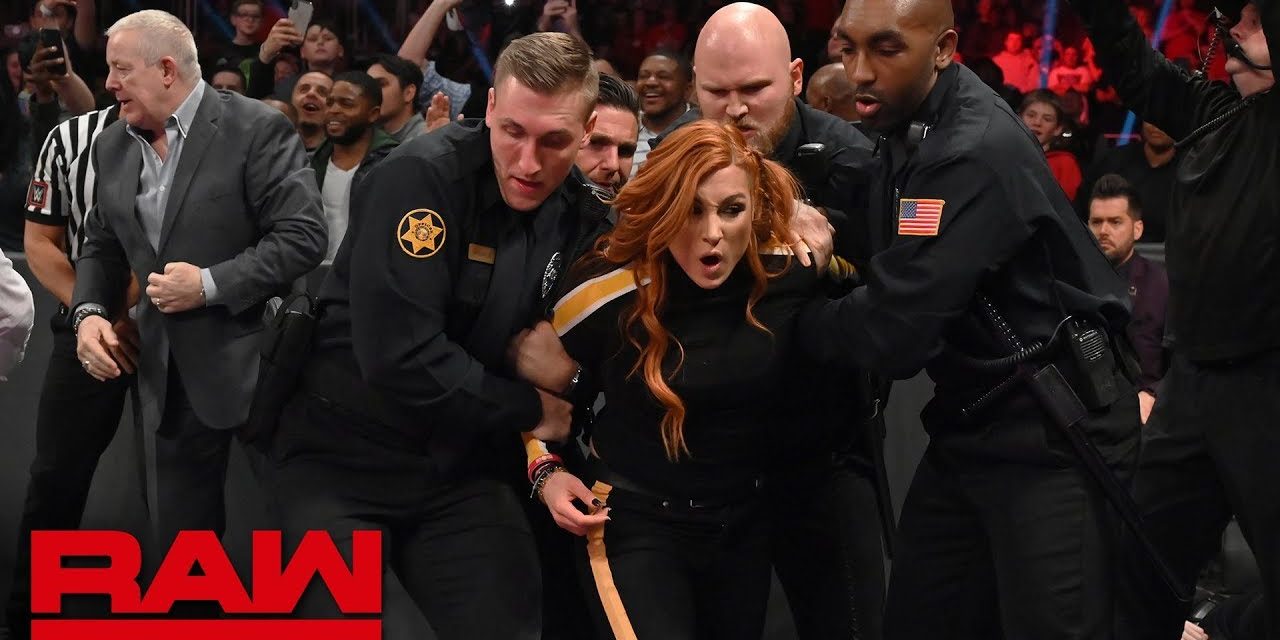 We take a look through a huge episode of RAW, another great edition of SmackDown Live and find the best of the best.

“THE BIG DOG IS BACK”

Goosebumps, tears, chills, all words I’ve seen used to describe this moment.  Joe Anoa’i made a miraculous recovery from Leukemia and Roman Reigns, people’s hero, is back and he looked so happy to be home.  This was amazing to see just how happy Roman was to be in a ring again and the crowd gave him the reception he deserved.

THE PACING AND PRODUCTION

It could just be me but this show felt like it flew by, matches were kept short, segments bled into one another and segments were usually quick.  This coupled with some different production, like the promo from Gorilla, the different setting for the Heavy Machinery segment and the unique Batista segment all helped RAW feel different and fresh.  Some of the biggest complaints about RAW and WWE, in general, were addressed in this show so more of this, please WWE

What these two have is special, every single time they come to blows fans are going crazy.  Lynch as the crutch-wielding badass is such a cool visual and Rousey makes sure to give as good as she gets.  What WWE has managed to build here is rare for them but these are two people that fans are genuinely interested in building a blood feud over main eventing WrestleMania.  Rousey seemingly vacating her title also opens up options for a corporate champion but it was nice to see her stand up for herself and not just randomly follow orders.  Lynch continues to be gold, her interactions with the security escorting her out were 100% in character

“DO I HAVE YOUR ATTENTION NOW”

Hands up who here thought Batista would do this? no one? Ok thought so.  This was a legitimate surprise, most fans, myself included were expecting Becky Lynch to stick her nose in the authority’s business again.  Instead, we got a returning Batista showing up to beat up Ric Flair, off-screen, and show off his acting chops by essentially calling out Triple H.  On a RAW that had already had some newsworthy moments this might just trump everything, a returning star setting up a WrestleMania match with a soon to be Hall Of Famer and two men with a long and storied history.

Smackdown started off with a huge swerve.  Just as Kofi Kingston was getting ready to sign the contract for his Universal championship match at Fastlane Vince McMahon stuck his nose in and changed the match.  Very few people were expecting KEVIN OWENS to be that replacement.  Kingston’s acting here was perfect, he was a man who had everything taken away from him but never really believed he had it in the first place, Kingston has been here before and knew not to get his hopes up.  Big E and Xavier mirrored the fans emotions as they were filled with rage.  Points to Daniel Bryan for his silent performance during this debacle.  I feel like this was the perfect place to take this from a story perspective for Kofi, get the empathy, make fans want it more and give him something to overcome.  While it makes KO’s return an odd one I’m sure Owens will make the most of it but the real story here was Kingston being screwed and I for one can’t wait for his moment to come.

Anyone else very surprised when the Hardy Boys music hit? While I’m saddened we didn’t get Cesaro vs Gargano as announced I was happy to get this random surprise and very happy to see Matt and Jeff back together.  Both Hardy’s work better when they’re together and with Matt in great shape again an Usos vs Hardys match would be great.

WHAT WOULD JOHN CENA DO?

Oh Truth I’ve missed you! R-Truth continues to be the greatest US Champion in recent memory as he is intent on mimicking John Cena and his US Title Open Challenge.  The build up to him accepting the triple threat match was hilarious and the match we got was very fun.  Some comedy in the middle of a TV show can never go amiss especially when it leads to fun matches like this one did.  Truth pretending to be John Cena better lead to Truth vs Cena or we might as well just give up.

Anyone who has seen the PWG match between Keith Lee and Dominik Dijakovic knew what they could produce.  I don’t think anyone expected NXT to let them replicate some of their coolest spots from that match but here we are.  The crowd went crazy as these two giants pulled off spots usually reserved for 205Live and spent the rest of the time clubbing at each other.  They are building to more matches between these two and a grudge feud full of mind boggling matches could get both of these men over in NXT 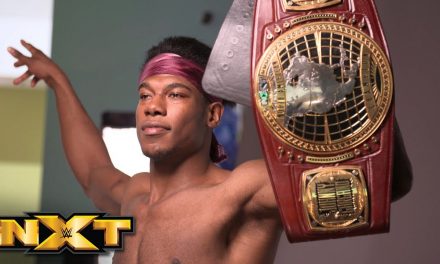