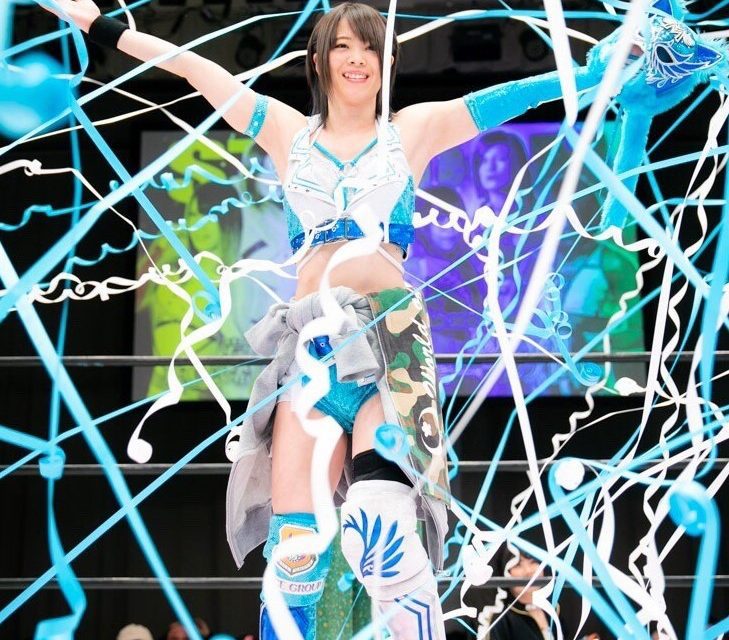 Stardom celebrates its eighth birthday at Korakuen Hall as a new rookie makes her debut, Tam Nakano and Momo Watanabe continue their year-long grudge and Kagetsu defends the Red Belt against Jungle Kyona.

IIya looked really good here.  She has the basics down well and her moveset is a little crisper and more advanced than some of the other Future division members.  Tora was a great first opponent as Iiya looks up to powerhouses like Tomohiro Ishii and Tora is probably the best power wrestler in Stardom.  After the match Iiya joined JAN which is a good move as she will have the experienced Yoneyama, Tora and Jungle Kyona to learn from and she fits right in with the powerhouse style of the unit. **1/2

This was a fine match.  With so many inexperienced performers it was mostly Apache doing the good stuff but the other girls had their moments.  Big moment for Natsumi as she picked up the final pinfall.  Apache continues to be one of the strongest booked members of the roster but it weirdly never leads to much. **

This wasn’t on the level of the usual Stardom trios matches.  The STARS vs QQ trios match should blow this one out of the water.  They did build to this match well with Hayter being the catalyst after turning on Kimura and Co. but it didn’t transfer any of that heat here. **3/4

As predicted this was better than the previous match.  Iwatani didn’t miss a beat after her injury and her first time team with Kashima and Hoshiki was fun.  I could definitely see them as future Artist champions.  While Iwatani was out the story was that STARS was weak and QQ was better, in her first match back Iwatani picked up the win over QQ proving Watanabe correct but also making Iwatani look much more valuable to STARS.  ***1/2

All hail Utami4belts.  The super push for the big rookie continues as Hayashishita knocked off a tough challenger in Viper.  In knocking off Viper Hayashishita gets a high profile singles win and further solidifies her place as Watanabe’s right-hand woman in QQ.  Personally, I haven’t enjoyed Hayashishita’s singles matches too much but she worked well with Viper.  Simple booking at it’s finest the monster steps aside on her way out to allow the prodigy to continue her meteoric rise up the card ***

One year ago at this same show Queens Quest faced Oedo Tai in an elimination match.  The final member eliminated would be forced to leave their faction.  To finish that match Watanabe pinned Nakano, forcing Nakano out of Oedo Tai.  Since then they have both grown, Momo into the ace and Tam as a wrestler.  This was a story of two women who have grown from their last encounter.  Nakano was attempting to put the demons of her past behind her and prove that STARS is strong without Mayu Iwatani.  Nakano fought, and she wrestler her heart out but the ruthless Watanabe was able to put away her scrappy challenger.  Nakano proved herself but will need to continue her growth to unseat Watanabe who is looking more and more unstoppable by the day.  ***3/4

The veteran Kagetsu came out on top in her clash with the powerful Kyona.  Going after the arm early and neutralizing her opponent’s strength proved key for Kagetsu.  Kyona had the champion rocked and gave her a fight but at key moments was outwitted by the champion.  Kagetsu needed a win like this to help her lackluster reign, a win over a fellow member of the Big Four and main eventing instead of Momo Watanabe make the Red Belt feel more prestigious than it has in months.  Hopefully, Kagetsu can keep her title reign’s momentum going after this as she needs a strong close to avoid going down as one of the most lackluster red belt champions ever.  Kyona will go back to having awesome tag team and trios matches with JAN while remaining the most underutilized member of the Big Four ***3/4 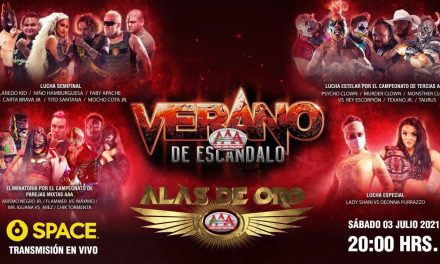 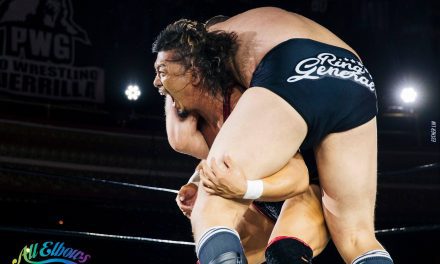