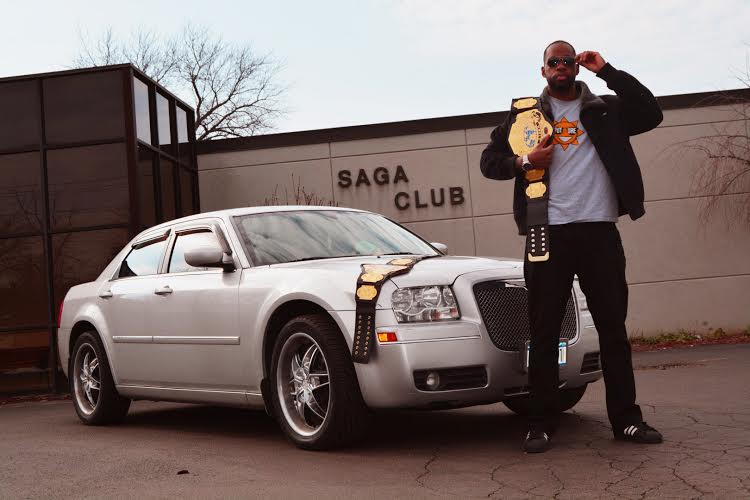 Growth and advancement is something we all look for in our chosen professions. Whether that means a promotion and upgrade in title, or additional responsibilities and a pay raise can vary from person to person. In many professions, it comes by simply showing up, doing your job well, and not causing any issues. Some are lucky and get the right breaks and opportunities. In other professions, this can be trying to grab the brass rings dangling slightly out of reach.

I started my post-college professional life with a couple of longtime friends as small college basketball coaches with dreams of becoming head coaches. We started as assistants at an NAIA school. We were all full of ambition, dreams, and work ethic. After a couple of years, I was able to work my way from a graduate assistant to a head assistant. As time passed, one friend became a head women’s coach at an NCAA D2 school, where he is today. My other friend left college coaching, got married, has a son on the way, and is a head coach at his old high school. As I got closer to 30, my views began to change, my dreams changed, and my desires changed. It was there I started to feel stagnant. I always saw myself as a head coach by then, and instead saw endless years of struggle ahead. I wanted more professionally, and a lot more personally. I had found out what it took to make it as a college basketball coach, and wondered if it was still worth the sacrifices I had made to that point, knowing there’d be many more. Towards the end of my seventh year in coaching, I made the decision to walk away.

I look at the landscape of pro wrestling and how it’s grown over the years, and I see a lot of similarities to college basketball. There are so many options nation and worldwide, and there’s a lot of young dreamers out there full of ambition looking to break in and grab those brass rings. My goal is to shine a light on some of these independent wrestlers with dreams of growing and advancing in the wrestling business. Perhaps their stories will help prepare others looking to break into this thriving business for what is ahead.

I had the good fortune of meeting one of those aspiring young wrestlers at an AIW show last Spring through a mutual friend (shout out to @TheBigEvent66, who is probably enjoying SID time). His ring name is “Mr. Fresh 2 Death” Pretty Boy Smooth, a former NCAA D1/D2 basketball player turned pro wrestler from Hempstead, New York (Now residing in Erie, Pennsylvania),  who has big aspirations, and shows no signs of wavering from those aspirations.

Tell me a little about your background before pro wrestling. What got you interested in wrestling?

I was always a fan of wrestling growing up. My grandma used to babysit me and we would watch WWE during the attitude era. I loved watching guys like Kane and The Rock. Around 11 or 12 years old I started to get a lot more into basketball. I eventually received a scholarship to play at NCAA D1 Hofstra University. I played there for two years and eventually transferred to Mercyhurst University, an NCAA D2 school in Pennsylvania due to injuries and a coaching change. I had the chance to play professionally in Iceland, but while I was in school I got to the point where I didn’t love playing basketball as much as I thought I did, so I decided not to go.

While in school, I made friends with someone who was dating an independent wrestler named John McChesney. After a few shows, I inquired about being a referee at first, but the more I did the training, the more I wanted to be a wrestler. I trained first at the Pro Wrestling Rampage training school in Erie, PA. Upon graduation, I enrolled into the Absolute Intense Wrestling Academy in Cleveland, OH under head trainer Johnny Gargano

What was the training process like? How long did you train before you had your first match and what do you remember about that match?

It was a lot of work. I was able to train under Gargano for about a year, which was great. It was a lot like starting your own business. You had to put a lot of time and money into it, and you have to know you are going to lose a lot of money before you start to make some gains. You have to learn how to use social media to market yourself. You always have to train. I had some tools athletically from my basketball background, but wrestling is so much different. In basketball, I could take a couple months off after the season. There is no offseason in pro wrestling, so you always have to keep yourself in the best shape. You also have to learn the sports entertainment aspect of it. You have to learn how to use your movements and your facial expressions to connect with a crowd. It took some time to really feel comfortable with that aspect of it.

I trained for about 7-8 months before I had my first match in March of 2016. It was in a shopping mall in Pittsburgh in front of about 30 people. It was almost like a live practice for me because there were only about 30 people, and these people were probably never going to see me again. So I was really able to work on things in front of a live crowd with no pressure. You always hear about some of the bigger name wrestlers talk about wrestling at flea markets and fairs, but it does really make you appreciate what you are doing later on.

Where have you worked since then? Who are some of the people that you have had the chance to work with?

Absolute Intense Wrestling in northeast Ohio has been my home promotion. I’ve been able to work on almost every one of their shows. I love the opportunities John Thorne and the late Chandler Biggins have given me. I have had the opportunity to wrestle with some big names while I’ve been there. I’ve had the chance to tag with Swoggle (formerly Hornswoggle with WWE). It’s something that Chandler had wanted to do before he passed. He always liked the big man/little man dynamic. I remember getting to a show late because I blew a tire. When I got there, I found out I was tagging with Swoggle and winning the AIW Tag Team straps. Tagging with Swoggle has been a great experience. He really taught me how to be myself and not just another black big man stereotype. Being yourself is what separates you from everyone else, and he really helped me get comfortable being me in the ring. He was signed to a 7-month contract in WWE and turned it into a 10-year career. So he’s been a huge inspiration.

I’ve been able to work at AIW, Alpha 1 in Canada, and Revenge Pro in Erie, PA, Maryland Championship Wrestling, Battleclub/Innovative Pro in Queens, NY, IWA Mid-South in Memphis, and IWC in Pittsburgh among others. I’ve wrestled with a number of names including; Maxwell Jacob Friedman, Colt Cabana, Ethan Page, Matt Justice, Colin Delaney, Pepper Parks, Kikutaro, and Eddie Kingston among others. I even had a match recently with Cowboy Bob Orton, which was a cool experience.

What have been some of the biggest moments of your young career so far?

I’ve been so blessed and fortunate with everything. I had a WWE tryout just a year into my career. I’ve been able to talk to, work with, and learn from a lot of wrestling veterans. I’ve got to travel all over and wrestle in different promotions. It’s all been a great experience.

Probably my biggest moment was a match I had recently with Colin Delaney. Colin is incredibly underrated and is one of the best wrestlers in the independent scene. He’s also a great guy to work with and learn from. We had such great chemistry and the crowd was so into the match. To be able to have such chemistry with someone with the experiences he’s had felt really good.

Where do you think you can improve the most?

Just continuing to become more comfortable with myself. When I broke in, people tried to model me after a guy like the Big Show since I’m a big man. I knew that wasn’t me or what I wanted to be. So I’ve continued to work on being myself and bringing my own personality into my matches. I don’t ever want to be a stereotypical big man. So I continue to work hard, train, watch a lot of film, and continue to get reps to get better and more comfortable.

The pro wrestling landscape has changed a lot in the last few years. Promotions are popping up everywhere regionally and nationally. Wrestlers are moving to new promotions left and right. This leaves a lot of opportunities for someone like you moving forward. So what are your goals and where do you see yourself in this business in the next few years?

My original goal was to be signed by WWE in 5 years. I think I would still like to work in WWE, but there are so many promotions now where you can work and be on television and make a living. I’d say the goal now is to work for a company where I can wrestle on television, be happy, and make a good living. It’s a really exciting time, and I’m really happy for a lot of my friends who have moved on to bigger promotions. I see a lot of opportunities for myself and others in the business right now.

What is advice you’d give to other aspiring pro wrestlers looking to break in?

Don’t get discouraged, network, and stay persistent. You won’t make it big overnight. You are going to pay your dues. But you have to be patient and stick with it. It was frustrating for me when I started because things weren’t happening as fast as I wanted. Now I realize I have only been in the business for three 3 years and am fortunate to have done what I’ve done. There are guys who have been in it for over 10 years who are just now getting their big break. So you have to stick with it.

What are some things upcoming for PB Smooth that people should be looking forward to?

I have some Alpha 1, AIW and Revenge Pro shows coming up over the next month. I’ve also got some exciting things in the works that I will be announcing in time on my social media. 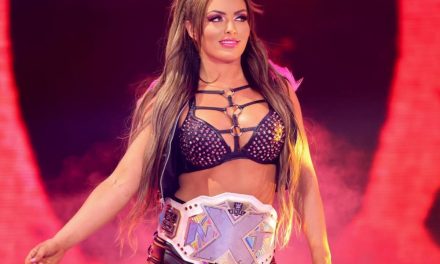