They were both pretty much just going through the motions, not a lot to talk about. Honda showed off some decent offense and he looked good for a kid not far in his wrestling career but for the most part, it was just a young boy being beaten by a vet. Hijikata got the win with a fisherman buster, pretty skippable. **¾

This was a rematch from the 12.26 which Hijikata talked afterward backstage saying that this current crop of rookies wrestled too kindly. Honda seems to have taken it to heart because he wrestled with a bit of ferocity at times during this match. After this match Hijikata seemed to take Honda under his wing, saying in time Honda will surpass the other rookies.

This match was focused around Mitomi and Hajime trying to figure out how to work together as a team, part of a greater storyline of Mitomi trying to recruit Hajime for Kabukichou Wrestling. At one point they tried to go for a double team move but clearly weren’t on the same page and eventually, Hajime helped Baba land a move on Mitomi by accident. Finally, Hajime and Mitomi were able to hit some tag team moves which lead to Hajime being able to finish off Baba. Base on their comments after the match, we’ll be seeing more of these two as a team in 2019. ***1/4

The teams of this match were decided via drawing colored balls indicating their teams at the beginning of the show. It ended up with Enfants being separated and tag teams like Soya and Inaba being split as well. This match was plagued by teammates attacking each other instead of the opponents. But most of it was just wrestlers who are usually tagging together forgetting they aren’t on the same team in this match. The one exception being Kuma and Sato attacking each other on purpose just because they currently have issues with each other. This led to the finish with Sato hitting Kuma with a lariat and Alejandro winning on a roll-up on Kuma. ***½

Alejandro spent the entire match trying to get at Kono instead of actually working with his team to win the match. He’s recently been trying to get Kono to fight him because he wants to defeat the tallest wrestler in W-1. He finally got a win here on a larger wrestler and now he’s getting his singles match against Kono at the 1.31 show.

This was the first match in a five-match trial series for Pegaso. The match didn’t do a whole lot for me. It was slow to start and when Pegaso was finally able to pick up the speed and get some offense, he made mistakes. He was able to kick out of the Buzzsaw Kick once but was pinned after a second. ***

Hayashi looked visibly confused during the entrance, which how is he still confused by Ikemen’s entrance at this point? Stronghearts eventually attacked Ikemen while he was in the crowd and his teammates had to rush for the save. Once they finally made it in the ring Andy and Yoshioka had a really good exchange. Lindaman is quickly becoming one of my favorite parts about these Stronghearts multi man tags and was probably the star of the match. Tondokoro looked really good in this match too, I think working with Stronghearts so much has helped him improve a lot. The ending stretch with Ikemen and CIMA was great and has me excited about the possibility of a single match with them down the road. The main point of the match was to show Stronghearts are killers and run W-1 now, while also continuing Ikemen’s storyline. And while CIMA did get the win, he did have to use the exposed turnbuckle to soften up Ikemen for the win. ****

The story here is Stronghearts have been invading W-1 since the middle of last year. During that time Enfants Terribles and Stronghearts met three times. Up until their third meeting, Enfants was 0-2 against them but that was without Ashino. Ashino won the third match by tapping out CIMA in December and called for Stronghearts to leave the company now that they’ve been defeated. But T-Hawk wouldn’t stand for it and challenged Ashino for the title, claiming that he would be the last man standing and he was right.

Started off with some grappling and stiff chops, the two seemed to be equals. But then T-Hawk was on top working over different body parts. Ashino was able to take back control and work T-Hawks leg to soften him up for an Ankle Lock to finish him. The match kicked into second gear at about ten-minute mark and turned it into one of my favorite matches so far this year. ****¾

The aftermath shows CIMA being the proudest dad #w_1 pic.twitter.com/3f3SkGXUyn

After the match, T-Hawk took the mic and bragged about how Stronghearts had a clean sweep and that there weren’t any more opponents for them in W-1. But Shuji Kondo finally decided to get involved to stop Stronghearts invasion of the company. This set up an Elimination tag match between W-1 and Stronghearts which will take place on the 2.13 Korakuen.

This match will probably be used to set up T-Hawk’s first challenger, which my gut is telling me will be Ikemen. The current story seems to be that Ikemen keeps losing to Stronghearts and his longtime rival, Ashino, is claiming it’s impossible for Ikemen to win because he doesn’t have the determination to kill. All of the shows so far this month has ended with Ikemen losing and others getting on his case about it. So him winning the elimination tag and challenging T-Hawk would be a nice continuation of the story. Maybe even make it the main event of their first Ota Ward show in March.

A great way to kick off the year for Wrestle-1 and it couldn’t be a better time to jump into the promotion. If you watch this show you should be able to get the jist for the storylines currently going on in the company and it was easy to watch top to bottom. Stronghearts invading W-1 and DDT last year was one of the most interesting things happening in wrestling last year, and to me, their work in W-1 has been the most compelling from a story perspective. I’m excited to see who is able to step up be the one to defend the company from the invaders, especially with W-1’s ace falling from grace in this main event. 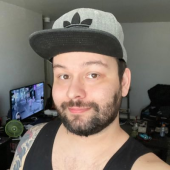