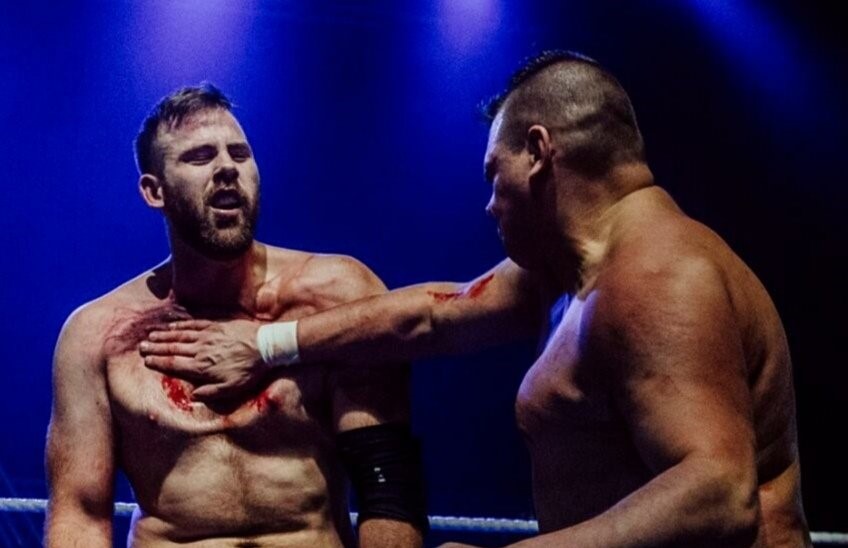 With numerous award ballot deadlines closing in I’ve decided to continue what is now becoming an annual tradition by taking a look back at all the great matches that occurred in Europe throughout 2018. The aim is either to shine a light on some hidden gems that you may have missed if you’re a regular EuroGraps follower, or if you’re somebody with only half an eye on the scene it will hopefully give you a sample of the best we had to offer over the last twelve months.

European wrestling’s continued expansion however has meant that there’s so much to cover from so many places that this year I’m going to be splitting the column into three parts: the “Big Three”, Rest of Britain, and Continental Europe & Ireland.

This’ll be the first part of the trio covering the “Big Three”. The Big Three is kind of an outdated term these days, but refers to the three big companies that lead the way in the BritWres revival towards the beginning of this decade: PROGRESS, RPW and ICW. Nowadays promotions like wXw and OTT are just as if not more prominent than some of those listed, but it works fine as an arbitrary split for this article. I’m also going to be including matches from NXT UK, as well as Impact and ROH’s forays into the UK in this part.

So, long introduction over, let’s get to it. 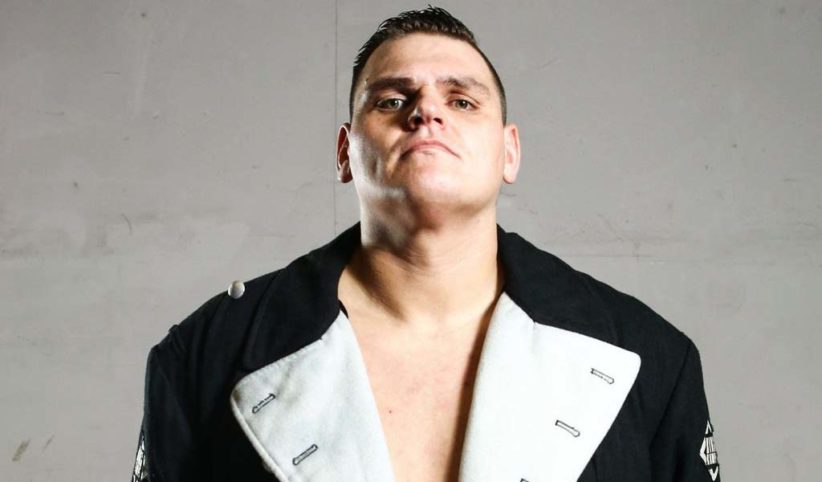 PROGRESS had a big year in 2018. It’ll probably be remembered most for being the year they sealed their relationship with the WWE so closely that many now feel it inaccurate to call them an independent. However it was also a year where they, quite literally, toured the world with multiple trips to the United States as well as a multiple show tours of the Oceanic region and Germany. That was all on top of running a very impressive 27 shows at home in the UK, so there sure are a lot of matches to choose from.

The year started very similarly to how 2017 ended: with the Atlas division, and specifically its champion WALTER, being the clear highlight. His brutal defence against Ringkampf partner Timothy Thatcher at Chapter 62 was the first European match to really get Match of the Year level hype, and was a sign of things to come. There’s going to be a clear through-line for these columns, and that through-line is 6’4” 310lb Austrian. He’s had an absolutely incredible year across so many European promotions that it’s impossible to tell the story of great European wrestling in 2018 without him.

Not long after the Thatcher defence he would go on to have a match against Mark Davis that was one of my favourite PROGRESS matches ever. It was one of the most magnificent monster performances I’ve witnessed, and Davis managed to master the tricky big man face in peril role. The ring general would close out the year with a pair of epics too, with a highly acclaimed Wembley main event against Tyler Bate for the World Championship and a defence against his ever-present career rival Zack Sabre Jr. not long after in what is my personal favourite of all the times they’ve faced off.

Elsewhere in the company the Super Strong Style 16 tournament as ever threw up a handful of great bouts, with Kassius Ohno versus Tyler Bate being most people’s pick of the bunch. Towards the end of the year Will Ospreay’s return to the company lead to a wonderful first time ever match between himself and Jordan Devlin.

On their travels two matches stood out above the rest. While over in the United States LAX faced off against the OG CCK pairing of Gresham and Brookes in a match that was described by many as one of the greatest tag matches all year. It wasn’t something that ticked all my boxes personally, but a match that did occurred while PROGRESS was over in Australia. The shows took a long time to finally make tape, so it’s a criminally underwatched match that didn’t get its due in real time, but I implore you to check out Travis Banks’ PROGRESS World Championship defence against JXT and Elliot Sexton. I defy anybody to be able to watch that match and not come away thinking Sexton is somebody they need to see more of.

You can view all of the above mentioned and much much more at Demand PROGRESS.

RPW is usually the place where I find my European match of the year. They’re the closest the UK has to a pure sports build promotion with minimal interference in their bigger matches. Couple that with the fact that they bring in a lot of talent from NJPW, my favourite promotion, as well as other elite level talent from elsewhere and you’ve got a recipe for success. It is the promotion that is most closely tailored to my personal preferences.

However 2018 was the first year since they really took to prominence where they didn’t have a singular match that was clearly in the discussion for the best match of the year. That’s not to say there weren’t a plethora of great matches, there undoubtedly were, but there wasn’t any match that really stood head and shoulders above the rest in terms of either my personal taste or general buzz.

The British Heavyweight Championship spent the year being traded back and forth between Tomohiro Ishii and Suzuki-gun, and in doing so produced a whole bunch of pearls. The title change between Sabre and Ishii at their New Orleans show was held in high regard by many, and this lead to a great tag team main event of the first night of Strong Style Evolved UK not long later when adding Suzuki and Okada to the mix.

While Ishii’s initial title loss to Suzuki fell slightly below most people’s expectations, his subsequent match with WALTER for the number one contendership slot at Summer Sizzler followed by him regaining the title from Suzuki at Global Wars UK were both well worth checking out.

Late in the year RPW hosted my favourite show from anywhere in Europe: Uprising. The show featured great match after great match with a fantastic atmosphere throughout. I’d recommend checking out Starr-Ishii, Suzuki-gun-Aussie Open, Bodom-Ridgeway and McKinnan-Bailey at a minimum.

Speaking of Aussie Open, they put together a fabulous portfolio of matches in RPW last year on their road to their title match. Their matches with Cobb & Riddle (Epic Encounter), OG CCK (Summer Sizzler) and Hunter Brothers (Cockpit 31) were some of the best tag team encounters you’ll see anywhere all year.

RPW on Demand is the place to go for all of the above. 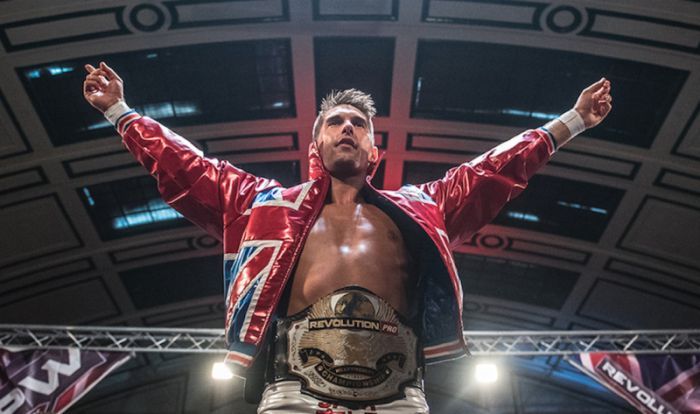 Scotland’s largest promotion isn’t, to put it kindly, a promotion most well known for producing matches which cause the snowflakes to tumble. Our resident Scottish wrestling expert Andrew Sinclair assures me however that the BarraMania match between Jackie Polo and Lionheart was the pinnacle of their style and incredibly satisfying for those who follow the promotion.

Elsewhere, the match which probably received the most buzz was the Queen of Insanity hardcore match between Kay Lee Ray and Viper at Fear & Loathing, their biggest show of the year. If you want to check it out go to ICW on Demand. 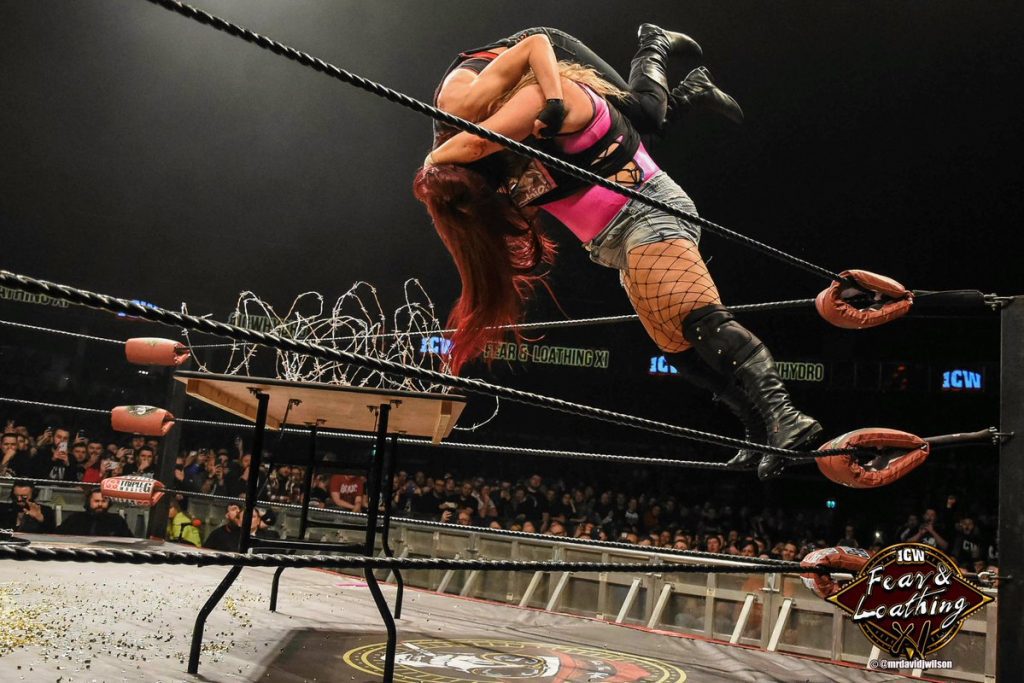 Last year I debated whether to include the UK Championship Tournament shows in this list, but in 2018 NXT UK became so integral to the scene that it has become a no brainer.

At the initial tournament shows early in the year Zack Gibson’s pair of main events against Travis Banks in the final and then for Pete Dunne’s strap were highly acclaimed. The tag title match between Moustache Mountain and the Undisputed Era from the same shows was the real gem though.

Once the TV show eventually started airing, the matches from the run that received the most praise were Dunne’s defences against Danny Butch (November 7th) and Jordan Devlin (November 28th).

Ring of Honor also made the trip over to the UK in 2018 for the Honor Re-United tour, from which I really enjoyed Jay Lethal’s title defence against Mark Haskins. Impact were over too as part of Wrestling MediaCon and had a match a lot of people praised with LAX taking on the challenge of Jody Fleisch and Jonny Storm. 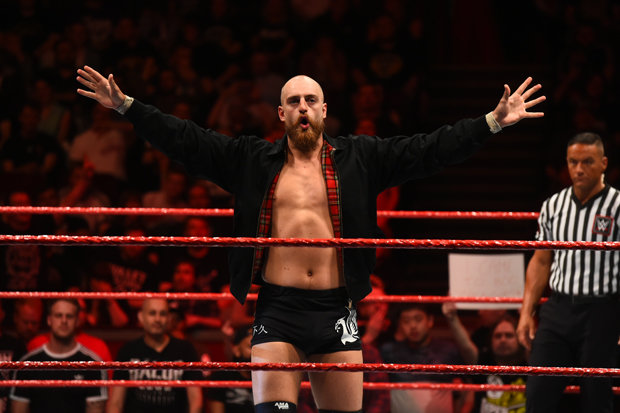 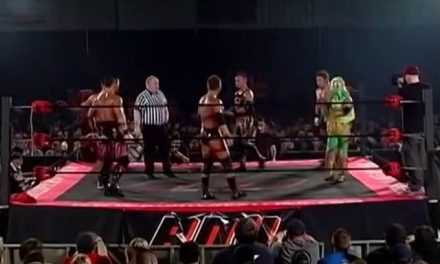 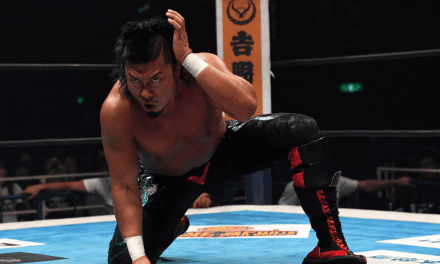