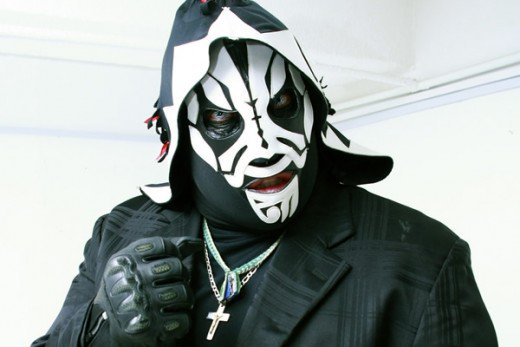 For the second straight year, I’m proud to present the Wrestling Omakase Year End Awards. Introduced last year, the Omakase awards are a closed poll open to all the Wrestling Omakase guests who appeared on the show in the calendar year. All guests from the beginning of January through shows at the end of 2018 were invited to participate. This should give our panel a decent cross-section (though obviously with a strong puro bias) of some of the most hardcore wrestling fans out there, featuring both VOW contributors and other followers of wrestling as well. The awards are set up to be very similar in format to the Wrestling Observer year-end awards, so it might be interesting for you to compare and contrast the results.

Please see below for a list of all who participated, separated into VOW contributors and outsiders and in the order of their first appearance on the show this past year.

Voters chose a top 3 for every Category A award, with points awarded on a 5-3-2 basis.
In cases of ties the number of first-place votes were used as a tiebreaker, when applicable. First place votes are listed next to the point total.

Takeda walks away with Wrestler of the Year honors, a pretty extraordinary feat given where he works. The entire Top 3 from last year failed to repeat there, though all did make the Top 10. Only one WWE main roster male wrestler received a single vote (a 3rd place vote for Roman Reigns), and no one from the promotion at all made the top 12 unless you count late UK signing WALTER.

The best wrestler of the year from an in-ring, bell-to-bell standpoint only, with no other factors considered.
2017 Top 3: Kazuchika Okada (44), Kenny Omega (29), Tetsuya Naito (28)

The top 4 in this race were all really close for a long time but Ospreay opened up a big lead late in balloting. Last year we had the same Top 3 in Wrestler of the Year & Most Outstanding which was not the case this time; winner Takeda finished 5th, and 3rd place LA Park didn’t even make the Top 10. Also notable that last year’s Top 3 did far worse in this award than they did in WOTY, with all 3 of them dropping out of the Top 10 entirely.

The Young Bucks lead this award pretty much from start to finish, with their lead becoming very wide in the middle; only a late push by the Golden Lovers, with 3 of their 4 1st place votes coming in the last 9 ballots, even made it this close. Notable is the tiny gap in the middle, with just 3 points separating 3rd place from 6th (and only 7 points from 3rd to 7th). Also note that the Undisputed Era are the only team to place twice, with the second combination of O’Reilly/Fish/Cole picking up an honorable mention and nearly making the top 10.

Okada is fast becoming the Omakase Best Bout Machine, picking up his 2nd straight Match of the Year. Also worth noting that last year our pick ended up being the same one as what ultimately won the (far bigger) VOW Match of the Year poll, so we’ll see if that turns out to be the case again this time. The race for 3rd ended up being very close but Almas-Gargano just managed to hold off Takeda-Kodaka despite a late charge there. The bottom 5 as you can see was super close, with just 4 points separating 6th to 10th. 60 different matches received at least a single vote, so there was great variety from our voters.

Park vs. Rush for Best Feud was one of the biggest runaways we had in the entire awards, as it put together a huge lead early on and it just kept growing for the most part. Interesting to note that only one person involved in a Top 3 feud last year made it into the Top 10 at all, and that was Okada in 6th. And again, the bottom half was extremely close, with only 1 point (!) separating 6th from a tie for 9th and Becky-Charlotte missing the Top 10 based only on the first place votes tiebreaker. An amazing 74 different feuds received votes, so our voters were even more spread out on what the Best Feuds were than they were on MOTY.

The best wrestling promotion of the year for 2018. Business considerations are allowed but not required for this category.
Sub-brands such as NXT or Tokyo Joshi are to be considered as part of their main promotion and may not be voted on separately.
2017 Top 3: NJPW (88), DDT (34), AJPW (20)

Our Top 2 repeat, and neither was ever really in doubt as NJPW separated from DDT early and DDT quickly separated from everyone else as well. NOAH over AJPW to prevent a full Top 3 repeat might count as a bit of an upset, though it was only by 5 points. And no honorable mentions because no one else cracked double digits for points, though MLW came close with 9. I suppose mentioning that here is kind of like giving them an honorable mention anyway. If anyone is wondering, even with the disclaimer about counting sub-brands as well as the main roster, WWE received exactly two third place votes and that was all.

This ended up being WWE’s best category (well, there’s some ones coming up they did well in I guess….) as they nearly snuck into a Top 3 finish late but Peter Pan was able to hold on. The Top 3 ended up being very close to the same, with WK & Dominion repeating in the same order but with DDT’s other big show of the year replacing Judgment for third. The biggest shocker to me personally here was All In, which I honestly expected to do a lot better than just barely finishing 5th by 2 points. And again, nothing else cracked double digits, with our voters spreading their votes among 54 different shows.

For these awards, voters only chose 1 winner per category. We added many new Category B awards this year. For these awards I generally just listed whatever finished with more than 1 vote. A decent number of people abstained from the Worst categories which brought the totals down.

Anything that aired weekly during 2018 was eligible, even if it was internet only (Maji Manji/BtE/various WWE Network shows) or limited run (Mae Young Classic).
This was a new category.

The only show in this category I actually watched every week takes the award by a pretty decent margin, and I may just name it the Maji Manji Memorial Weekly TV Award in its honor next year (RIP). 205 Live cleaned up with its target demographic, people who cover wrestling on the internet and did quite well in 2nd. A few people abstained from this category, presumably because they don’t watch any weekly TV at all.

Worst Match of the Year

I hate just looking at this category, with a three-way tie for first and a three-way tie for fourth, but apparently, no one could agree on the worst match this year. 35 different matches received at least a vote, which is pretty incredible when you keep in mind that it’s only 1 vote per person and a bunch of people abstained. WWE cleaned up with 4 out of the 6.

Again voters were encouraged to consider in-ring as well as other factors like interviews and angles if they so desired.
This was a new category.

Boy did people really hate that BULLET CLUB feud, and I can’t really blame them. Bayley-Sasha made a late charge for some reason as it was behind the other two WWE feuds but cleaned up in late ballots to push into a tie for 2nd. 27 different feuds got at least a vote, and a special round of applause for Baron Corbin for being the only person to get 3 different votes for 3 different feuds (“Baron Corbin vs. RAW Babyfaces”, “Baron Corbin vs. TV Ratings”, and my favorite, “What’s Baron Corbin Up to These Days?”).

Just like with Best Promotion sub-brands were not eligible and must instead be considered as part of the parent promotion.
2017 Top 3 (Number of Votes): WWE (11), AAA (5), Tie: NOAH/Impact (2 each)

Really didn’t have much doubt that WWE would clean up (again even with my specific warning that you had to consider all shows, not just the main roster) but the sheer size of their win is still something to behold. Only 4 other promotions got a vote at all (and 1 joke vote for “Anything Omega Is In”, which I guess you could count as a +1 for both ROH & NJPW if you want), and let’s just list ’em why not: ICW in Scotland, PROGRESS, Dragon Gate & Lucha Underground.

The big wins for the ‘ol fed just keep piling up, this time with the entire top 5 (and only shows to get more than 1 vote) for Worst Major Show. Backlash made a late run to grab 2nd, as it was behind Extreme Rules most of the way but got a bunch of last-minute votes to push it over the top. Congratulations, you piece of crap show! Nothing could top the Ode to Dismemberment for 1st though, presumably receiving some votes from people who didn’t even see it and just wanted to register their displeasure with the whole thing (although it was supposedly quite bad anyway).

Once again anything that aired weekly during 2018 was eligible, even if it was internet only or limited run.
This was a new category.

Another runaway WWE win. For a long time, the number of votes for WWE in worst promotion & RAW for worst TV show was exactly the same, but they finally diverged at the very end. Being the Elite is the only show of the 3 to also appear on the Best list, although it received 4 more votes for Worst. Neither RAW nor Smackdown received even a single vote for Best.

We hope you enjoyed this year’s Wrestling Omakase Year End Awards! Please be sure to listen to our 2018 Year End Awards episode, which featured some of our panelists discussing their own picks. Thank you and we hope you’ll continue tuning in to the show in 2019!

Music of the Mat #33: DDT Wrestling