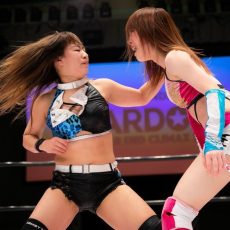 Stardom’s last show of the year sees Momo Watanabe main event again as she defends the Goddesses Of Stardom titles with Utami Hayashishita against STARS.

The typical rookie opener between these four. Not much to say other than I am excited to see how these four develop throughout 2019. **

Johnny Gargano himself would be proud of all the talking these two did. AZM and Natsu spent most of the match throwing insults at each other which kept the match entertaining whenever the action lulled. AZM gets a big singles win at Korakuen after a fun match. The build to this match never implied anything serious and they delivered a silly but fun match to wrap up the storyline **1/2

This was your usual fun trios match from these two factions. Having Ruaka and Starlight involved instead of more seasoned members did lead to one or two spots being more sloppy than usual but they did well to keep up with four very talented workers. Hoshiki looks like she’s shaken off any ring rust and is back to her best. Nakano didn’t do a whole lot but got the win to set up her joining Saki Kashima in the main event. ***

Much like their match from the October Korakuen, this was a good match. I feel Hazuki was given more shine in the last match but she got the decisive win here at least. It’s a big win for Hazuki as Apache picked up a lot of falls during the tag league and the subsequent shows. New High Speed Champion Hazuki gets her first piece of singles gold as she is set up to have a big 2019 after finding herself towards the end of 2018. Solid match with good booking as the right person went over. ***

Kagetsu finally got some shine deserving of the World Of Stardom champion. By taking on three people who bested her in 2018 she was putting a target on herself and putting the pressure on herself to get the win. During the matc,h she was heavily involved and at one point tried to pin all three of her opponents at once in an attempt to really drive home her point. This came back to bite her as Jungle Kyona got the win setting her up as the next challenger for the Red Belt at Stardom’s 8th Year Anniversary show. This was a well-wrestled match that did its job in giving Kagetsu some shine and allowing Kyona to become the next challenger for the title. ***1/2

I felt like Queen’s Quest looked dominant in this one. Which makes sense as Momo and Utami have rockets strapped to their backs. This fit into the story they were trying to tell of STARS being weak with Mayu Iwatani being injured, Kashima and Nakano fought hard against two of Stardom’s best to prove that their faction is just as good as QQ but they ultimately fell to the apparently unstoppable duo of Momo and Utami. Workreate wise it held up to usual standards but wasn’t an epic on the level of the QQ vs JAN where UtaMo won the titles. ****

Stardom’s final show of the year was another good Korakuen show from the consistent promotion but lacked that one epic match that could’ve taken the show to the next level. Nonetheless, they set up two very interesting matches for the Anniversary show and delivered another fun show. 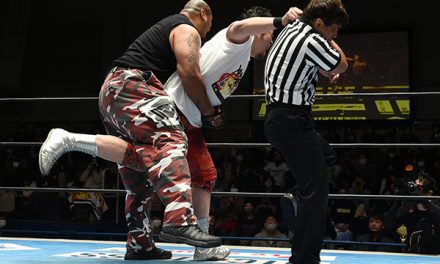