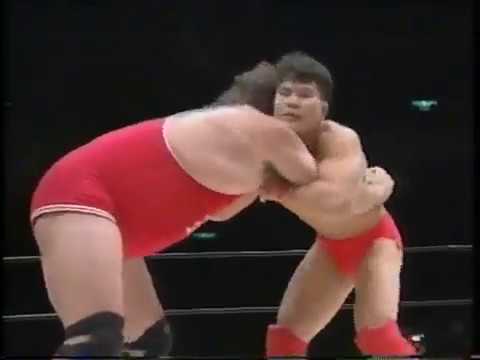 Gary Albright passed away 19 years ago this week.

In celebration of his career, I’d like to perform a close analysis of integral match with a young Kiyoshi Tamura for UWFi on Dec. 22, 1991.

As 6’3” 350+ lbs. Gary Albright stood in the face of 5’11” 185 lbs. Kiyoshi Tamura, the story told itself even before the bell. The two stared each other down before Albright bully-shoved Tamura and the bell rang.

The two squared up. Within seconds, Tamura underhooked an arm, but Albright squeezed his left overhook to his chest and heaved Tamura over his head with a belly-to-belly suplex.

While UWFi’s fights were, in fact, predetermined, Albright’s display of raw strength here was scarily real. A rush of “OHHHHs” spiked to the top of Ryogoku Sumo Hall as he then sat into full side head-and-arm control after the massive suplex.

Albright fought for a straight armlock but Tamura was able to escape. The two then exchanged a number of holds, with Tamura showcasing his agility throughout, even using a British-style cartwheel escape at one point.

This was the story of the match; Tamura, the fresh-faced young commando of the UWFi “true” pro wrestling style; Albright, the monster from Nebraska, a real powerhouse whose strategy was as obvious as it was dangerous, using American might and American might alone to crush his way to Nobuhiko Takada, eventually.

Albright tried to muscle Tamura into a single-leg crab, but Tamura countered by rolling into a loose kneebar. The two ended up in a primitive looking 50/50 guard, both rolling until one touched the ropes.

Their groundwork looked primitive throughout, very much a product of its time, very much of the proto-MMA age. There’s a charm to it, watching it now, but, importantly, this fact bears fruit in that we can study this (and all worked shoot promotions from Japan, really) with regard to both MMA and pro wrestling. UWFi kept specific but open-ended parameters for their bouts, which allowed “real” wrestlers, like Albright, to shine in a setting that highlighted their positive, real-life characteristics without having to cultivate much of the entertainment aspect during the matches.

Tamura continued to attack Albright’s legs. After a few failed attempts at locking on actual holds, he gave up and just started yanking on Albright’s right leg without grace. 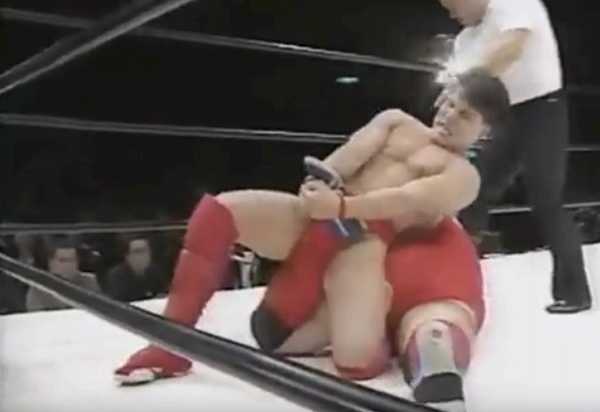 Tamura threw kicks and none of them really landed. Albright was later able to catch one and score a takedown with a trip where he then transitioned into an uncomfortable-looking neck crank until Tamura broke the hold via rope.

Tamura pounded the mat in frustration before standing up again, determined to take out Albright. And then this happened: 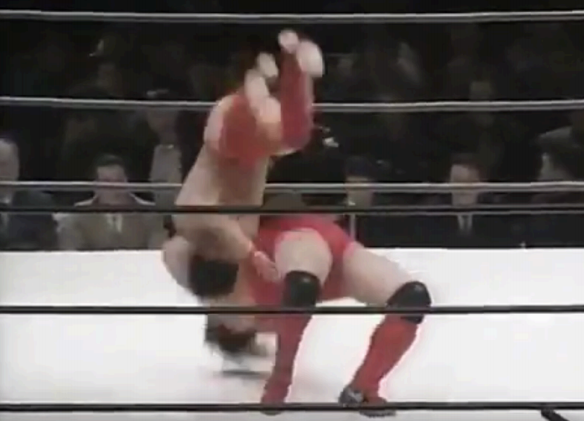 Tamura was knocked down for a count of eight but was able to stand up. He found himself locked in Gary Albright’s massive overhooks again before being belly-to-belly’d into oblivion, again.

As Tamura was getting back to his feet, Albright stepped in and tossed him onto his head with a release German suplex. It had an unnatural velocity that resulted in Tamura’s head violently bouncing off the mat.

Tamura stood up again, Albright used another release German suplex. The ref called for a TKO.

And that’s how you make a monster.

After this match, Albright received a major push in UWFi, beating Nobuhiko Takada later in 1992. He slowly fell out of favor once Vader arrived in the company, and when NJPW and UWFi officially began working together in 1996, Albright left for AJPW, where he stayed as an upper-middle card wrestler until his tragic passing on January 7, 2000. 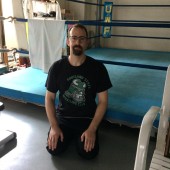 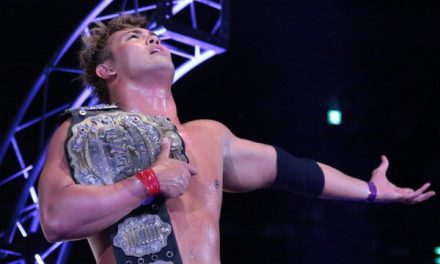 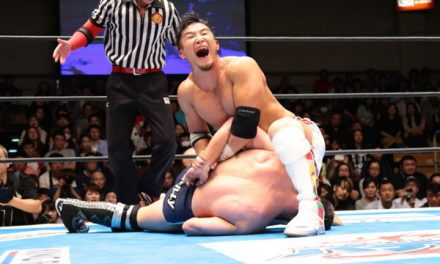