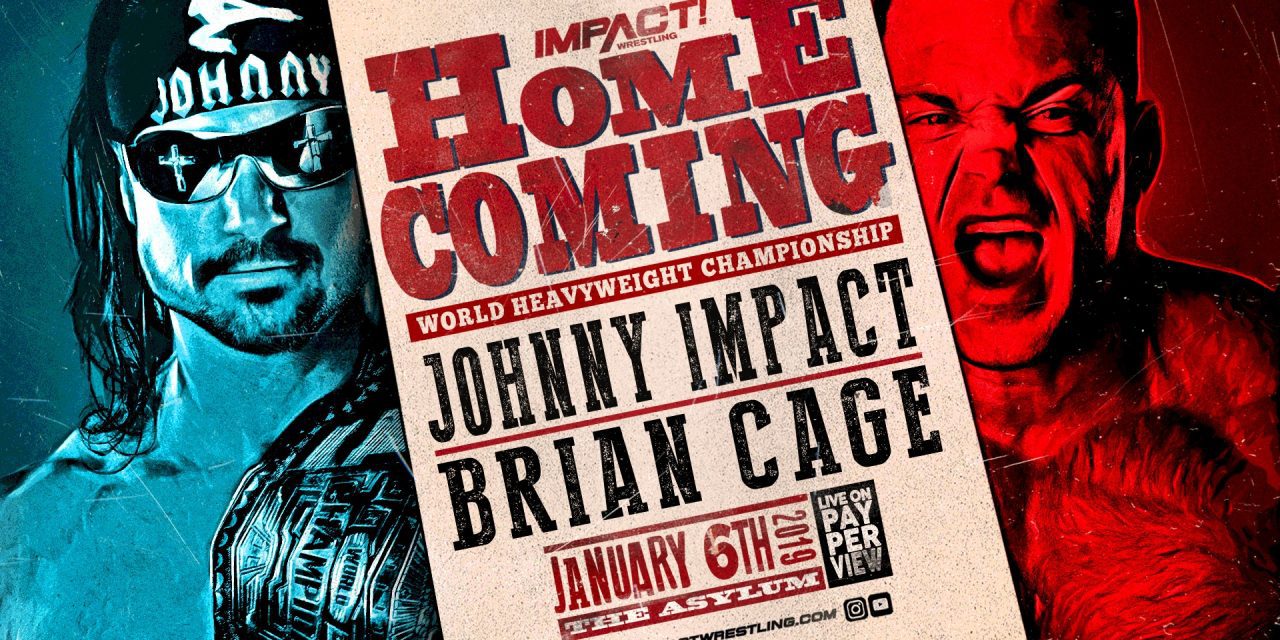 This Sunday, Impact Wrestling heads to Nashville, Tennessee for Homecoming, their first pay-per-view offering of the new year.

Homecoming is an important show for a variety of reasons. It is, first and foremost, another opportunity for Impact to deliver a stellar pay-per-view show and give the company some more buzz amongst wrestling circles again.

However, delivering may not simply be enough this time.

The aggressive recruitment of the WWE and more recently Ring of Honor has made the talent market all the more competitive. The announcement of All Elite Wrestling was to be expected but also adds another powerful player to the mix in an ever-increasingly crowded landscape. Factor into that Impact’s poor looking new TV deal and you’ve got a scenario where despite their hard work, they could well be squeezed out in 2019.

Homecoming also seems to have the least buzz of any Impact pay-per-view under the new leadership. Perhaps it’s a product of the new timeslot on Pop and declining TV viewership, or perhaps it’s a result of having two of the final three weeks of TV in the run-up to Homecoming being recap shows of 2018 and not strong go-home build.

This show needs to be good and allowed to breathe in a way that helps Impact cement their identity for 2019, as having a niche is going to be more important than ever. With eight bouts, including the return of Ultimate X, it has the potential to be an excellent show at the original Asylum.

I for one am pleased to see a second women’s match on the second Impact pay-per-view out of the last three, and one with a logical build to it. Since whatever that segment was at Bound for Glory, Allie has turned heel, aligning herself with Su Yung and wreaking havoc on her former friend Kiera Hogan. Allie picked up a singles victory over Hogan on the go-home show for Homecoming and both her and Su beat Hogan down post-match, which brought out recent signing Grace to clear house.

There are a few moving parts when it comes to picking a winning team. Part of it depends on how I see them booking the main event and part of it stems from the fact that Rosemary, the true Queen of the Knockouts division, is healthy again and will be wrestling on the NWA pop-up show the night before Homecoming. I’ll plump for Grace picking up the big victory as she moves towards the title picture, pinning Yung, and that Allie and Su Yung’s likely post-match beatdown is interrupted by Rosemary, setting up that feud moving forward. Prediction: Jordynne Grace & Kiera Hogan

The feud between OvE and Willie Mack and Rich Swann has been bubbling along nicely for a few weeks now and appears to have reached a good climax, or at least mini-climax, here at Homecoming. Mack was cost a spot in Ultimate X because of the interference of Callihan and Dave Crist and has locked horns with them ever since, despite the reticence of Rich Swann. On the go-home show, Mack was put through a table by all of OvE, which by some wrestling logic would mean Mack is the favourite to win at Homecoming, but I’m not so sure.

The undertone of this whole story has been that there’s history between Rich Swann and Sami Callihan, a history Swann won’t go into and one that means Callihan won’t attack him. With Swann in the Ultimate X match later on, it is likely that this story will play out across the show. I suspect that they could go one of a few ways with this, but most of them have me leaning towards Callihan. Prediction: Sami Callihan.

Fans at Bound for Glory got short-changed by this match, with it quickly ending in disqualification and restarting as a tag team bout between Moose and Killer Kross against Eddie Edwards and Tommy Dreamer. The two did eventually lock horns on the special Final Hour episode of Impact, with Moose coming out on top after landing a brutal powerbomb on the apron. Subsequently, Edwards spent time in a ‘mental asylum’, an angle that seemed a little odd but did produce some entertaining vignettes with Raven, before breaking out to attack Moose on the penultimate episode in the run-up to Homecoming (which was, in actuality, four weeks ago now).

Eddie has been on a long ascent to the World Championship since the baseball bat incident last March, and this feels like his big win. Moose has more than established his heel persona by this point and doesn’t need the win, but a win for Edwards would set him up for his final shot at Redemption, presumably at the next big show. Prediction: Eddie Edwards

We all know how these things go, don’t we?

Abyss calls someone out for a Monster’s Ball match, there’s a big hype, and then more often than not he loses. It’s hard to get excited for an Abyss match in 2019 given his physical condition and as an ardent Eli Drake supporter, I can’t help but feel he should be involved in bigger things, further up the card. I am a fan of his ‘Last of a Dying Breed’ moniker, and hopefully, a win here will lead to a better 2019.

This might be fun, but I don’t hold out much hope. Prediction: Eli Drake.

LAX (C) vs The Lucha Brothers

This is, without a shadow of a doubt, the most exciting match on the card and is as fresh as you can get. It is also pretty much a lock for Match of the Night. The two tandems have faced off twice before, once for Beyond in July 2017 and once for Bar Wrestling last March, but never really in a big-time promotion and since March 2018 LAX have grown tremendously as characters and performers.

This is passion. This is fire. This is what the IMPACT World Tag Team Titles mean to @Ortiz5150 and @SantanaLAX.

The story between these teams has been simple, and has proved that you don’t have to have something be deeply personal or tropey to be entertaining. It was as simple as the two teams were friends and knew each other through Konnan and LAX wanted to give them a shot. Simple, logical and entertaining. Konnan has again been a tremendous storyline device, giving LAX some historical reminders about friends fighting in the wrestling business and he’s said he won’t be at ringside, something that has cost LAX repeatedly in the past. It seems a bit soon to do another redemption arc for them, but they definitely need to drop the belts, let this story develop and see what one of the very best teams in the world can do with these belts. Prediction: The Lucha Brothers.

As a long-time Impact fan, I absolutely adore Ultimate X. I think it was a wonderfully innovative match when it was created and there have been some classics over the years. I also think this match should be brilliant, both because of the names involved but also because it’s been 19 months since the last one.

I think the mix of competitors is what makes this interesting. You have Jake Crist, predominantly a tag team wrestler who is prepared to take some heavy bumps from the ropes. Ethan Page is not exactly your typical X-Division competitor in terms of size, but he will provide a strong base and someone to put in the big power moves. Page also represents an interesting direction to go with the belt. Rich Swann is the established star coming into the match and the obvious favourite, whilst Miguel is the relative unknown, the athletic young stud looking to make a name for himself.

Picking a winner is difficult, but I think it’ll tie into the Callihan/Mack match earlier in the show. I sense that either Mack or Swann is turning heel, be that with Mack costing Swann the title, or Swann aligning himself with OvE to secure gold after repeatedly coming up short in his Impact career to date. Either way, I think Swann is the one with the most storyline options coming into it, so he’s my pick but I wouldn’t be shocked or disappointed if they went with Page or Miguel. Matt Sydal is injured and may miss the next tapings in Mexico, so that could affect their plans for Page, and a title run off the bat would be a great way to establish Miguel and the Rascalz as the future. Still, I’ll stick with Swann. Prediction: Rich Swann.

After being utterly unenthused by the build to their clash at Bound for Glory, I think this match has probably been the best built on the entire show and one I’m really looking forward to, despite the stipulation.

Blanchard has been a breath of fresh air to the division and her work consistently improved throughout 2018, and both her matches with Taya were entertaining and the best work either woman has done in Impact to date and I thoroughly expect this match to be their best yet, but the big caveat to that comes with the inclusion of Gail Kim as referee. It makes sense, given the story they’ve told with Tessa attacking the male referees, but it seems tropey and smacks of a future storyline.

Retirements in wrestling regularly mean very little, and Tessa Blanchard against Gail Kim is a money match for Impact this year. They could, of course, just bring back Kim for this match and then she goes back to her backstage role, but I doubt it. If I had the pencil, which sadly I don’t, I’d have Taya win the belt clean but Blanchard blame Kim for her defeat, setting up a future match between the two. That allows Taya a run with the belt which her hard work deserves, and Tessa a marquee match, as well as some time away from the belt whilst she continues to develop. Here’s hoping that’s what they do. Prediction: Taya Valkyrie.

Of all the matches on the card, this is the one I’ve had the hardest job picking a winner in.

I was shocked when Johnny Impact won the belt at Bound for Glory, but we all now know why, and I did initially see him as a purely transitional champion. However, he does have some buzz from Survivor (two castmates from his season will be at Homecoming) and he is great with media interviews and he makes for a great face of the company as Impact heads to a new TV channel in 2019.

That said, Impact released this mini-documentary on Cage the other day which is tremendous, and that amount of effort is the sort of effort you invest in a World Champion.

Part of my indecision also stemmed from the rather flat build to this match. I did say earlier that not every match needs to be intensely personal to work, but this literally consisted of Cage cashing in Option C, both men cutting a few promos and then a tag match on the go-home show that saw Impact get pinned. It’s not been hot and it’s been symptomatic of Impact’s booking under the current regime – tremendously built cards but the main event often feels a bit lacking.

If my prediction about the women’s title match is right, would they go Impact and Taya as the husband-and-wife champ-champ? It’s certainly a news item that might get them some outreach beyond the confines of the wrestling bubble, but it might not. Cage feels like the bigger future star within the company and has more upside to my mind, so I’d opt for a Cage win but this feels like it could go either way, which is exactly how your World title matches should be. Prediction: Cage, probably.