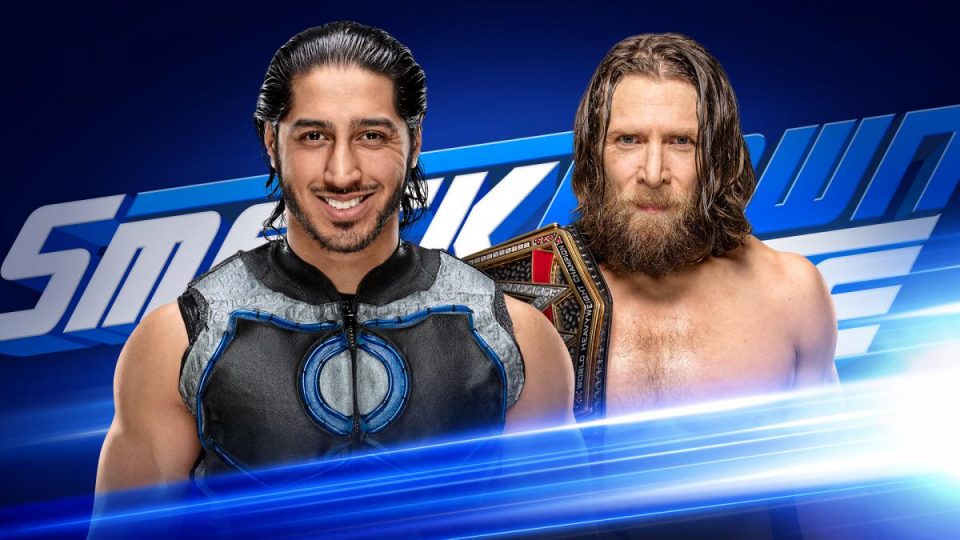 The current RAW roster is lacking in star quality and crowd connection. Elias has this in spades, crowds are always eating out of the palm of his hand and react to his promos. On a rather bland RAW roster, Elias stands out as a superstar.

Props to Daniel Bryan he cut another heel promo that had the crowd turned against him. This set the stage for Mustafa Ali to make his Smackdown debut. The crowd was really into Ali and he plays such a good babyface, something Smackdown is lacking, and his matches are good. Whether this was a once off or a call-up Ali was impressive here and didn’t look out fo place mixing it up with one of Smackdown’s best.

Making The Most Of It

I don’t like what they’re doing with The Miz but some of his lines get me to chuckle. And compared to most of RAW that’s an achievement

No one is ready for Asuka

Who could have known that violent, charismatic women could get over? What’s worked for Becky and Charlotte is going to work for Asuka, who already has a menacing aura. Asuka went from an afterthought in this feud to front and center by laying a beatdown to both Lynch and Charlotte. WWE has found a formula here, badass women kicking ass gets over and hopefully, they can keep this momentum going.

So the interesting thing here is the words Dijakovic spoke, a lot of plurals and talking about doing it “for them” is he part of a larger group debuting or is his gimmick that of someone representing a tribe like something out of Lucha Underground. If used it could be an interesting wrinkle to have with his character, either way, we will know more next week.

A competitor on the first TakeOver event and someone that was a key part of the early NXT years, Tyler Breeze will always have a connection with NXT. Using that for a surprise nostalgia pop and to get Ricochet over is a smart move. NXT TV can sometimes be a perfectly fine hour but having some more names from NXT’s past pop in to remind us of how good they are works well for them and for us as fans. Breeze also came across as a star here and I am disappointed that the main roster used him so poorly.

Remember that RAW that was panned for having Corbin stand tall in every segment? Well that all came full circle here as after weeks of the bad guy running things and making the good guy’s lives miserable the main hero came back to lead the charge. Simple storytelling that the crowd was very into as Corbin is very unlikeable and Strowman is well liked. For the likes of Crews, Roode and Gable and Slater this is the most important they have been in a while as they looked like rebels for standing up to the bad guy.

This is what we want

When Daniel Bryan announced his in ring return earlier this year we were all excited. And it was because we knew we would get matches like this. Styles and Bryan have worked together a few times on SmackDown so they know each other well enough to pull off a great match like this. The “new” Daniel Bryan is a treat as a character and has produced two great pay per view matches in a row. Talented wrestlers getting time to put on good matches with no BS produces good results? Vince is shook.

The Man, The Wooman and an Empress

This match deserved to main event, all three women are over with the crowd, have told a good story in the lead-up and are great wrestlers. All three women took punishment as this match was built around some big, dangerous spots. Poor Charlotte took some nasty bumps as she stole the show. This was just three wrestlers battling it out to prove they deserve to the champion and that’s all it takes to deliver a main event worth watching. Rousey getting involved made sense and is an interesting addition to her feud with Charlotte and Becky. Ronny cost The Man her title and The Man will collect this debt!