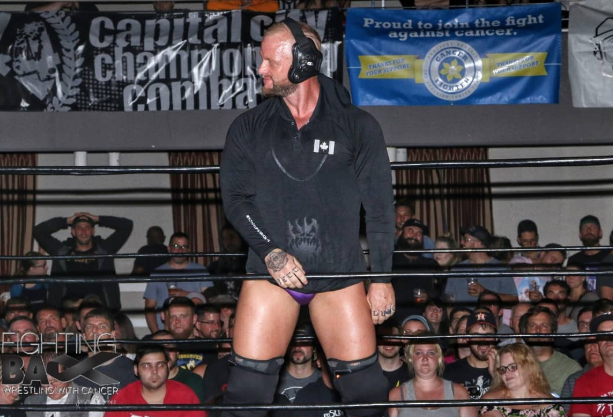 Earlier this year I attended my first-ever Capital City Championship Combat Wrestling event and I have been hooked ever since. Featuring hard hitting, high flying and larger than life action, C*4 is Eastern Ontario’s premiere wrestling organization.

Stars like David Starr, Jeff Cobb, Joey Janela, and LAX have performed for the company throughout the year — but the Canadian talent is always on the same wavelength when it comes to pure talent and the ability to put on a show. If it weren’t for all the hoops, pyro, and ballyhoo that Canadian talent faces when it comes to crossing a border, the independent scene down south would have already found its next big stars – but thankfully I was able to watch them live! Go Canada!

With the end of the year comes the big “Match of the Year” debate. While most of the discussion online points to certain New Japan Pro-Wrestling or WWE matches as the MOTY, I find that there has been a bunch of Match of the Year Contenders that happened here in Ottawa that never got the attention that they deserve. While I recommend watching every single C*4 from 2018, here’s a list, in no particular order, of the very best of the best that you should definitely see before you cast your final Match of the Year vote.

As I mentioned in my review of “The Departed” earlier this year, this is the best professional wrestling match I have ever seen live.

David Starr, one of the best wrestlers in the world, came to Ottawa to put Matt Angel on the map. Angel, a young competitor from Quebec, reminds me a lot of Mike Bailey and should be a breakout star around the world in the next year. He used this opportunity to put on a classic filled with flips, fists, and nearfalls.

Featuring a beautiful sequence where Starr nearly decapitated Angel in the ring with a superkick, this match is by far the C*4 Match of the Year for good reason. I would go so far as to say that if this match happened in Reseda, California, it would already be on everybody’s MOTYC list. It was fantastic to watch live and it was fantastic to rewatch after the fact. Absolutely great, eh!

It’s no surprise to me that three of these four wrestlers are currently being prominently featured on IMPACT Wrestling. Santana and Ortiz are one of the best tag teams going today while Ethan Page is always great and is even better when teaming with Josh Alexander.

Alexander is, in my opinion, one of the best-unsigned talents in the world – bar none. This match featured two of the scene’s best tag teams with hard-hitting and fast-paced action. LAX are so smooth teaming together and it shows with how they perform their double team moves with authority. Monster Mafia, however, are equally as crisp teaming in the ring resulting in a very great match that kept me entertained. If you like tag team wrestling, give this a watch!

Two of the most underrated wrestling veterans clashed in this high-intensity battle. Parks and Dux have a combined 40 years experience in wrestling and it showed. Dux and Pepper lit each other up like Christmas trees with chops and the action never stopped from there. Both men brought their all and fought for the win. Dux is always great in the ring and is one of the guys in which I’m surprised never got a shot (not counting his brief run in the Cruiserweight Classic) at headlining the big time. A great match that showcased two of the best and it’s no surprise that these two are training some of the brightest newcomers in the sport.

This was one of the most unbelievable matches I have seen in my life. Bailey and Everfly are two of the best flyers in the world today and this was off the chain! I saw dives and high-risk maneuvers that I have never seen before while the crowd atmosphere helped bring this to the next level. Everfly played a great cocky heel looking to put a damper on Speedball’s C*4 return and it helped the flow of the match. Mike Bailey’s mark on the indie scene is one of the biggest “what if’s” to me but his talent has taken him far. Eli Everfly is no slouch in the ring and he has a huge upside when it comes to his future. A great junior style match that will hopefully lead to a rematch down the line.

Another match from “The Departed” and this one being full of blunder. Prior to the match, it was announced that any of Durst’s friends in Twiggy’s Army were allowed to be at ringside nor could they interfere, so this was a one vs. one brawl – and they brawled. The action was red hot right off the bat and both competitors put themselves through more hell than I imagined. Piledrivers, thumbtacks, fireballs, and primal screams galore in this one. There were two prominent botches in this match but I felt it added to the overall story of war – even if Kobe Durst nearly broke his own face on one of them. A very good match and one of the most violent affairs I have seen in quite a while.

There was never a dull moment in this high octane match featuring a wide clash of styles. Alexander’s brand of ‘Canadian Strong Style’ meshed well against the high-flying abilities of both Angel and Everfly which in turn meshed well with the Durst’s strong heel work. All four competitors put in great efforts and some of the spots looked brutal as hell. Everfly won over the crowd by the end of the bout but Durst managed to retain after one of the loudest chop exchanges I’ve ever heard. Good stuff and a great representation of how fun the C*4 main events usually are.

A little aside, the annual Fighting Back charity show raised over $45,000 for the Canadian Cancer Society! The match of the night was definitely this encounter between Jeff Cobb and Josh Alexander. As mentioned earlier, Alexander is one of the best, if not the best, on the scene right now and this match with Cobb proved that very fact. Cobb and Alexander tore the house down and combined many different styles of wrestling to create a perfect wrestling match. A definitive MOTYC and something that every fan needs to see! 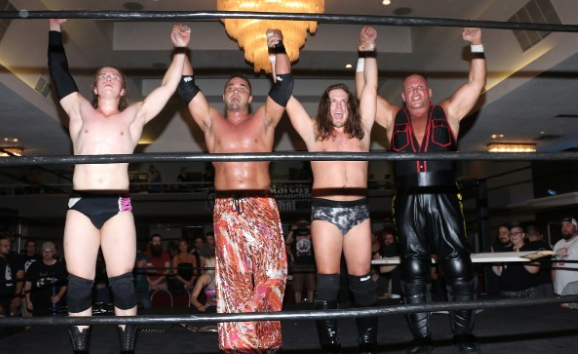 It didn’t take long for this one to descend into chaos – in fact, it took less than a minute. The action never stopped in this four-way and with it being one fall to a finish the stakes were high. PCO is not human and I don’t think Durst is either after surviving a powerbomb from in the ring directly to the floor outside (which literally shook the building during my live experience). While those two are not human, Janela and Hart are both fucking insane. Some of the dives in this contest are bonkers and I learned that doors are much, much, better than tables when it comes to producing sound while breaking. Great stuff all around and a very fun and fast match!

Daniel Garcia is 20 years old and in his rookie year. He is great! Garcia and Uno rocked each other with chops that echoed around the building. This sprint never slowed down and both men rocked the ever living shit out of one another for some good ole’ fashion fun. Evil Uno is a fantastic heel and plays the role well in establishing Garcia is a potential threat who could sneak away with the victory. Garcia never backed down and made everybody a fan in this star-making contest. Watch out for Garcia, the world is his.

In a near twenty minute battle, Matt Angel and Stu Grayson put it all on the line in a number one contender’s match. Angel has really benefited from the aforementioned match with David Starr and was able to showcase his improvements in this contest against one half of the SSB. Grayson is always a fun watch and he combines power moves with his cat-like agility to put together some great sequences that are phenomenal. One of the highlights of this match was definitely seeing Stu jump up a wall only to follow up with a moonsault. It’s crazy! Check it out!

2018 was a fantastic year for C*4 Wrestling and 2019 looks like it will top it. Give the company a look on powerbomb.tv and support the Canadian indies scene.

If you aren’t watching the stuff from the Great White North, you are missing out. 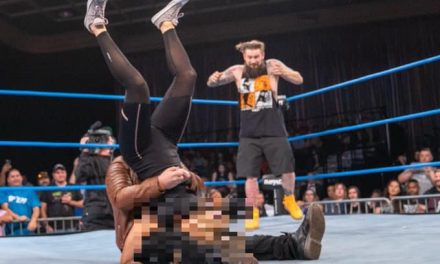 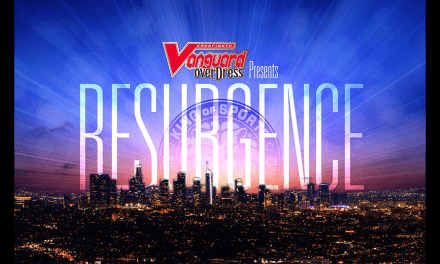 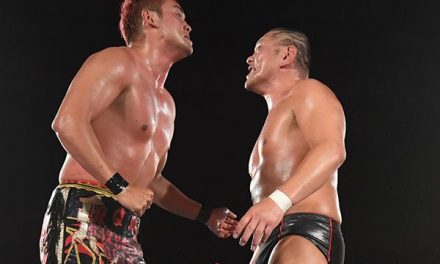