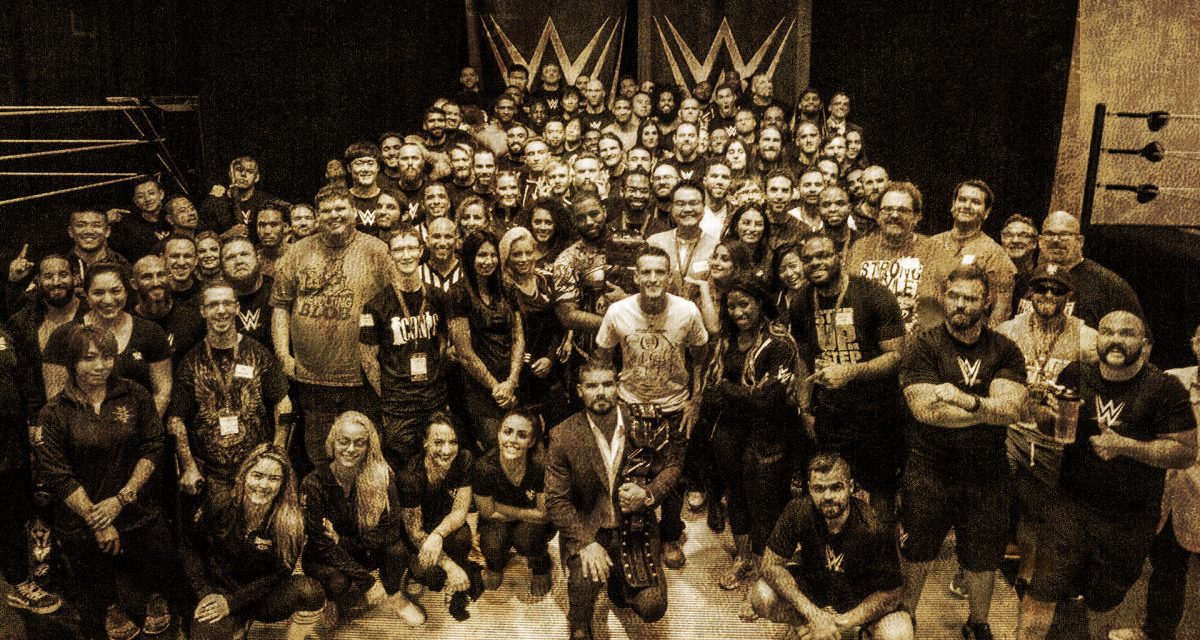 A MODEST PROPOSAL for preventing the WWE Roster from being a burden on their employers or country, and for making them beneficial to the publick.

It is a melancholy object to those, who watch this great product, or travel to the live shows, when they see the arenas, the locker-rooms and treatment tables crowded with independently-contracted sports entertainers, followed by three, four, or six 205 Live superstars, all in rags, and importuning every member of creative for a push. These superstars instead of being able to work for their honest livelihood, are forced to employ all their time in jobbing on Main Event to beg sustenance for their helpless infants who, as they grow up, either turn thieves for want of work, or leave their dear native country, to fight for the Pretender in Japan, or sell themselves to EVOLVE.

I think it is agreed by all parties, that this prodigious number of Superstars is in the present deplorable state of the business, a very great additional grievance; and therefore whoever could find out a fair, cheap and easy method of making these Superstars sound and useful members of the WWE Universe, would deserve so well of the publick, as to have his statue set up for a WrestleMania Battle Royale.

But my intention is very far from being confined to provide only for the Superstars of the professed main roster: it is of a much greater extent, and shall take in the whole number of Superstars in developmental, who are signed from indie promotions in effect as little able to support them, as those who demand them to drive for 11 hours and work for free.

As to my own part, having turned my thoughts for many years, upon this important subject, and maturely weighed the several schemes of our promoters, I have always found them grossly mistaken in their computation. It is true, a wrestler just signed to the Performance Center, may be supported by promo classes and working the Largo Loop, for a solar year, with little other nourishment; and it is exactly at one year in NXT that I propose to provide for them in such a manner, as, instead of being a charge upon the WWE Universe, or Vince McMahon, or wanting food and raiment for the rest of their lives, they shall, on the contrary, contribute to the feeding, and partly to the cloathing of many thousands of new signees. 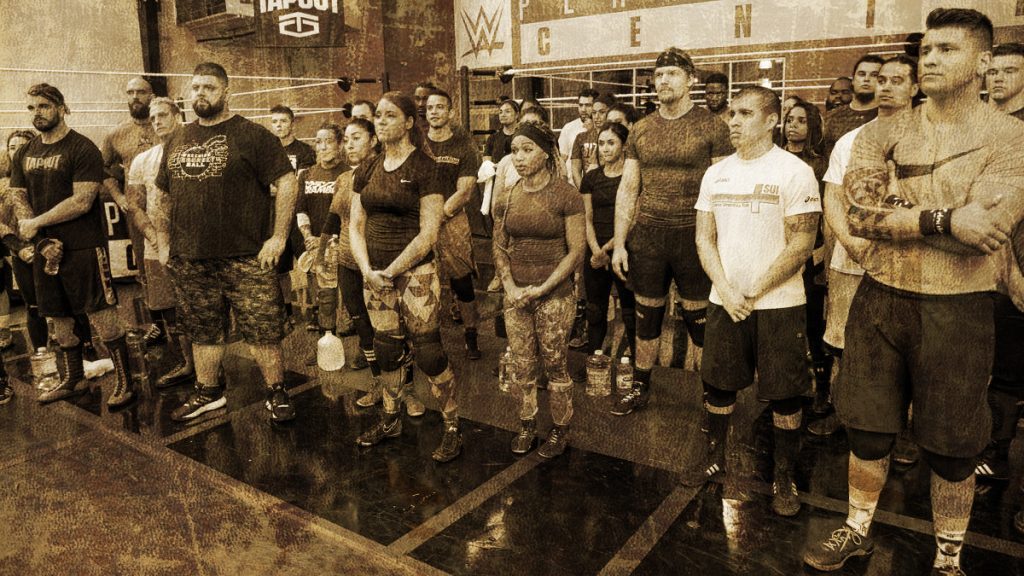 There is likewise another great advantage in my scheme, that it will prevent those voluntary cuts, and that horrid practice of creative having nothing for you, alas! too frequent among us, wishing the poor innocent babes well in their future endeavours, I doubt, more to avoid the expence than the shame, which would move tears and pity in the most savage and inhuman breast.

The number of souls in the WWE being usually reckoned one million and a half, of these I calculate there may be about two hundred thousand couple who are not injured; from which number I subtract thirty thousand couple, who are able to work the main roster, (although I apprehend there cannot be so many, under the present distresses of the safe company) but this being granted, there will remain an hundred and seventy thousand WWE Superstars. I again subtract fifty thousand, stuck in NXT UK despite coexisting with a perfectly healthy, thriving independent British wrestling scene of top quality. There only remain an hundred and twenty thousand unused members of the roster. The question therefore is, How this number shall be used, and provided for? which, as I have already said, under the present situation of affairs, is utterly impossible by all the methods hitherto proposed. For we can neither employ them on Raw or Smackdown; they can neither work the hard camera, nor understand rest holds: they can very seldom stare at their hands to tell stories till they arrive at the Performance Centre.

I am assured by our road agents, that a sports entertainer before twelve months in the PC, is no pushable commodity, and even when they come to this age, they will not yield above three US title reigns, or three Intercontinental title reigns and half a Cruiserweight title reign at most, on the exchange; which cannot turn to account either to Vince or the shareholders, the charge of nutriments and rags having been at least four times that value.

I shall now therefore humbly propose my own thoughts, which I hope will not be liable to the least objection.

I have been assured by a very knowing Saudi of my acquaintance in Stamford, that a young healthy WWE Superstar well nursed, is, at a year in the Performance Center, a most delicious nourishing and wholesome food, whether stewed, roasted, baked, or boiled; and I make no doubt that it will equally serve in a steak wrap. 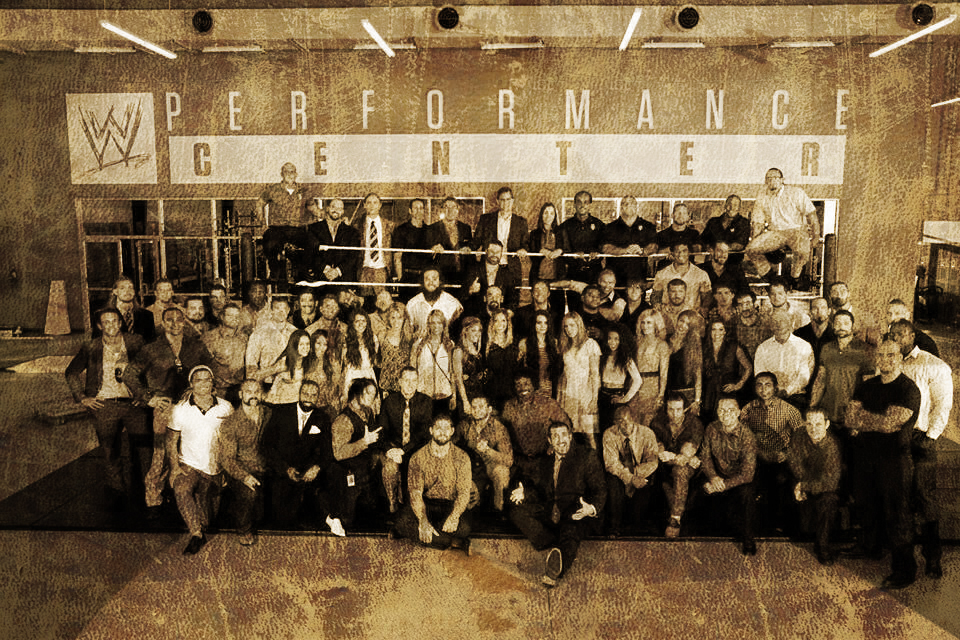 I do therefore humbly offer it to publick consideration, that of the hundred and twenty thousand Superstars, already computed, twenty thousand may be reserved for the main roster. That the remaining hundred thousand may, at a year in the PC, be offered in sale to the persons of quality and fortune, through the kingdom of Saudi Arabia, always advising the agents to let them juice plentifully in the last month, so as to render them plump, and fat for a good table. A WWE Superstar will make two dishes at a Crown Jewel viewing party for friends, and when the family dines alone, the fore or hind quarter will make a reasonable dish, and seasoned with a little pepper or salt, will be very good boiled on the fourth day, especially after a busy trip to Istanbul.

I grant this food will be somewhat dear, and therefore very proper for crown princes, who, as they have already devoured most of the politicians and CEOs, seem to have the best title to the wrestlers. 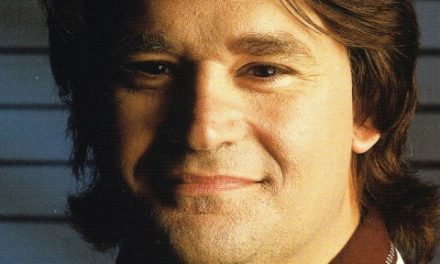