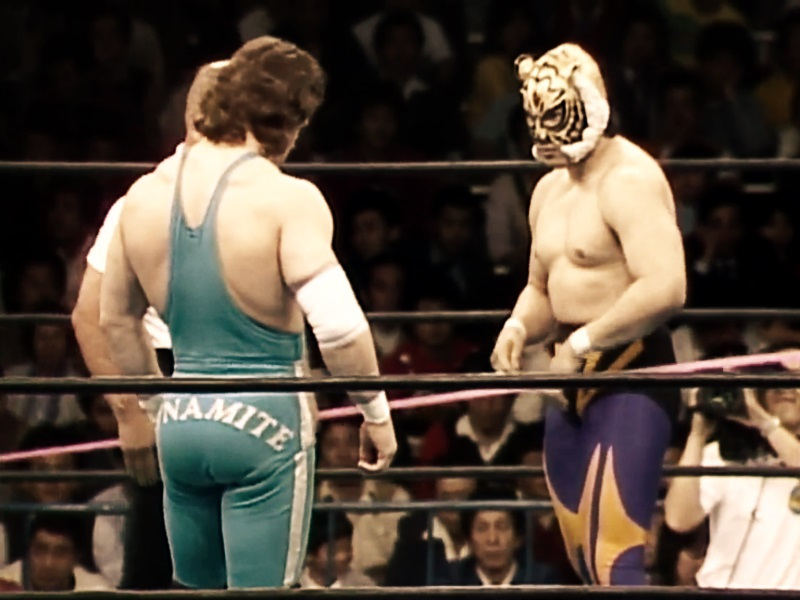 This article was first written and published 2015, before being edited and amended for re-publishing today in light of the news of Dynamite Kid’s passing.

When Jeff Bowdren produced his 100 top matches of the 80s for the Wrestling Observer, there were only two feuds that ended up on the list three times or more. The first was Ric Flair versus Ricky Steamboat’s classic series in 1989. The second feud was the one I was told to check out when I was first entering into the world of online wrestling: Dynamite Kid and Tiger Mask.

My Dad was the first person to actually introduce me to Tom Billington, as he had made his name wrestling for World of Sport in the UK before heading to the US to chance his arm in the big leagues of the WWF. Tiger Mask was the first iteration of a character I had come to know better during the time that Koji Kanemoto wore the mask, though arguably no-one had worn it better than Satoru Sayama, Kid’s ultimate nemesis.

What made this series of matches particularly of interest was that they were being played out in different territories across the world within days or weeks of each other; Japan getting a match or two, followed by the WWF. With a particularly strong link between New Japan and the WWF in 1982, a lot of cross-promotional activity took place, the shining light of this partnership being the Kid/Mask matches. Naturally, the different desires of the two fans meant matches that were the same on paper, but very different in execution. Madison Square Garden got just over six minutes on the August 30, Tokyo had received closer to seventeen twenty-five days earlier; WWF stuck the match fourth on the card, New Japan, in a semi-main event spot; MSG got high octane action, the likes of which they had probably never seen, NJPW got an Observer Match of the Year.

Between the matches, there is truly no comparison. It is the first match of the three on the list, and it is definitely the best of their outings in 1982. Left with only just over six minutes in the WWF, what they offer the Madison Square Garden crowd is only a pale imitation of what happened nearly a month earlier in Tokyo.

Sure, there are moments that pop up in both matches – an extended leglock by Dynamite Kid, a rolling nip-up out of head scissors by Tiger – but even in their similarities, differences are abundant. The leglock spot is extended in Japan, a frustrated Dynamite Kid trying his best to ground the more superior high-flyer as best he can, whilst the nip-up spot is for the crowd and one for the cameras in the US, but leads to several vicious kicks to a downed Kid in New Japan.

The spots that we see in the Japanese match-up are that little bit more exciting, that little bit sexier, that little bit more dangerous. Rather than simply a teased dive by Tiger, bodies are flying everywhere – back body drops launch men over the top ropes, dives across the ring are missed and Mask finally nails a dive over the top to the excitement of the audience in attendance. With no time to head to ringside in America, we don’t get the glorious sight of Kid giving up with matching fancy moves with Mask, chucking the masked wrestler to the outside and planting him with a big suplex.

Even though it falls short compared to the Japanese match, it is easy to see why the match from Madison Square Garden got the response it received and is still considered a pinnacle match. During a time period when tape trading was limited to a select group, the world wide web didn’t exist and access to wrestling from around the world relied on having contacts in the right places, people just didn’t get the chance to see this high-octane style of wrestling. This show was the MSG debut of both Dynamite Kid and Tiger Mask, and the card had started off with matches involving Tony Garea and Killer Khan and would follow this match with bouts such as Swede Hansen vs Salvatore Bellomo and a tag team midget match. Next to some of the other wrestlers the crowd in New York would see, Tiger Mask and Dynamite Kid felt as if they had come back from the future to show what wrestling could be like. The crowd are audibly and visibly impressed throughout; moves like the Kid’s gut wrench suplex, Mask’s spinning toe-hold and even the missed diving headbutt that leads to the finish just had an impact and crispness that would live long in the memory for any audience member who had the chance to see the two men in action.

The differences between the two matches are neatly summarised in the finishes themselves. A missed headbutt leads to a diving moonsault press finish for Tiger in America. However, in Japan, Tiger lifts Kid in a gutwrench suplex from the ring apron before dropping him in what is effectively a no-support side tombstone. The finisher is the same – a diving moonsault press – but like everything in the matches, it is all about the journey taken.

As people gain access to more and more wrestling from every conceivable territory and time period, I can see why the shine is off the apple with regards to this series of matches. It no longer seems special. There were other wrestlers around this time that offered simile, if not better, in terms of high flying and fast-paced action. It no longer has the ‘unique’ feel it once had. All are valid arguments, yet even if you were only subjected to the ‘Greatest Hits’ version that the two juniors offered an excited Garden crowd, it isn’t too difficult to see exactly why it endures today as a match worth watching amongst a torrent of awesome wrestling from the 1980s. 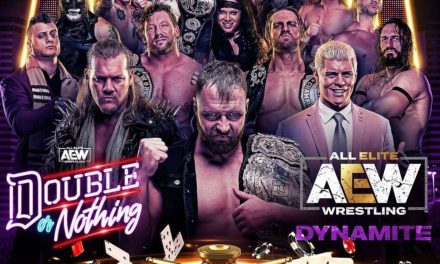 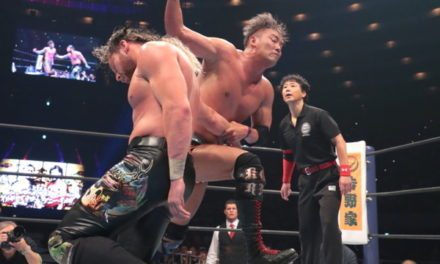