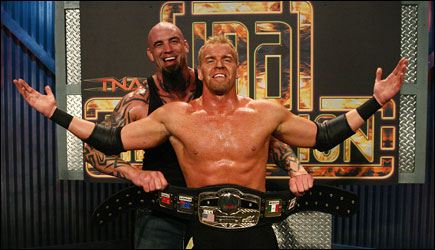 I started watching Impact Wrestling in January 2009. A casual scout through the fairly rudimentary on-demand service on my set-top box directed me to TNA Genesis 2009, a pro wrestling show run by TNA. At that point, I’d got to that phase where wrestling wasn’t cool anymore, and I consumed very little.

This show though was different, and it’s one I’ve spoken about on this site before. I remember after watching it I had a renewed vigor for watching wrestling, but specifically TNA, a brand where I knew the odd face but there seemed to be so much to discover. I remember pleading with my mother to stop at the local HMV to let me peruse the collection of wrestling DVDs, looking for something TNA-related to grab my attention.

We went about a week later and I picked up a copy of 2008’s first Final Resolution show, headlined by a TNA World Heavyweight Championship bout between Christian Cage and Kurt Angle. I frantically tore open the cellophane wrapper when we got home, inserting the DVD into the player and sitting back with the sort of wide-eyed abandon you’d expect of a fairly naïve 12-year-old.

In the last couple of weeks, Impact’s weekly TV has felt fine and enjoyable but it’s not captivated my attention as much as at other points earlier this year. As someone who is regularly described as ‘born old’, I do a lot of reflecting and this lack of fulfillment has prompted me to think more, to think back to a time when it all felt fresh and new and exciting.

As such, I decided to watch that Final Resolution show again before I watched this week’s episode to see if I could find that old sparkle again.

So, this weekend I found myself perched on the couch watching Homicide and Hernandez thrill in an exciting tag match against Jimmy Rave and Lance Hoyt, Jay Lethal united with the Motor City Machine Guns against Team 3D and Johnny Devine in Ultimate X and Gail Kim and Awesome Kong go to war in a no disqualification match. I looked on with tremendous interest as AJ Styles and Tomko (whatever happened to him??) defended the tag team titles against Samoa Joe and Kevin Nash and Kurt Angle defeated Christian Cage.

When it was all said and done, I had spent a thoroughly rewarding three hours watching wrestling. I enjoyed the show almost as much as I had back in 2009, despite the many changes that occurred – one such important change being that in my viewing accompaniments – gone was the orange squash and digestive biscuit, replaced with fresh apple juice and a Smoked Salmon and Cucumber sandwich.

More seriously, I am obviously a lot more into wrestling than I was then, and wiser with it. I have seen some of those wrestlers come and go, some go on to achieve great things and others fade into obscurity. I consume far more wrestling than ever before and I view it with a far more critical eye than I did in 2009.

However, with all of that in mind, I rediscovered what was good about it. It was the level of ignorance that came with it – I didn’t really know the stories or match outcomes when I rewatched Final Resolution, just as I hadn’t in 2009. Without a keen eye focusing on booking directions, who is eating pins and whether the card is well-paced, I was able to just kick back and enjoy the art form I’ve enjoyed more than anything else for over a decade. It’s not particularly profound, but I did reach some form of conclusion – sometimes, just sometimes, it’s important to not care so much and just enjoy what you’re watching. Love wrestling for being wrestling, and love it for what it is, not what you want it to be or think it should be.

Taking that conclusion with me, I then settled down to watch this week’s episode of Impact later that evening. It might not have been a particularly strong episode by any real metric, but it held my attention more than it has in recent weeks and I felt fulfilled when it finished, so I guess my little experiment was worthwhile.

Turns out a little trip down memory lane and a hint of perspective now and again isn’t a bad move at all. 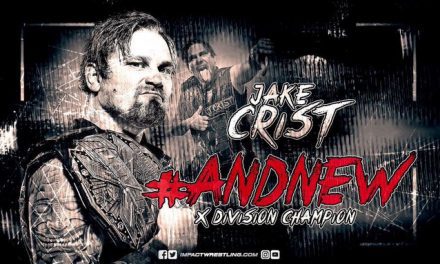 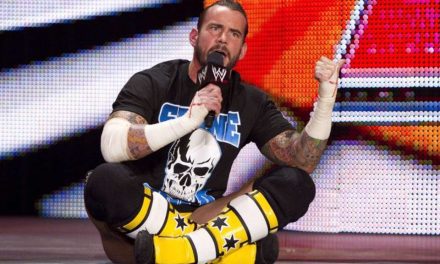 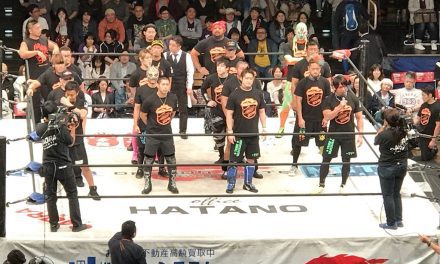