I am digging both these teams so far. Hangman has completely changed my opinion of him. This time last year I thought he was fine but nothing wrestler, now he’s probably my favorite member of The Elite. Yujiro is working hard in this tournament so far which is surprising but I’m not complaining. I’m not sure I can say much more about The Young Lions that haven’t said already, Yoshida is winning me over slowly I suppose. ***1/4

This was not that good, sloppy at times and boring at others. I really wish Ishii had a better partner but maybe that’s what we had to sacrifice to get the Ishii singles match at WrestleKingdom we all want. A sloppy, botched low blow- clothesline – roll up combo on Nakanishi sees the CHAOS team win. At least it was short. **1/2

Another botch towards the end of the match sort of distracts from the good work both teams put in prior. This is the problem with all these middle of the card tournament matches; they’re all good, but all very similar and I’m struggling to come up with something to say about them. Cobb has a beautiful standing moonsault, Tencozy is a charming team and Elgin is a bit of a plonk. ***

If there is one thing this World Tag League has done it’s made me want to see multiple teams contend for the tag titles more frequently and Finjuice is one of those teams. Finlay picked up his second pin fall of the tournament so far, which is surprising since you can assume Juice will be challenging for the U.S. title at the Tokyo Dome but I guess it doesn’t really matter if they keep winning. Henare for more singles matches, please. ***1/4

Life, Death and LIJ and CHAOS having pretty good multi-man matches on lesser shows. Nothing new here, Shingo, SHO and YOH got into it with El Desperado who was doing commentary to build to their Three-way match at WrestleKingdom, is it Just me or have we just seen that match? ***1/4

Oof. This was a rough watch. I know in yesterdays review I said G.O.D were at their best with crazy brawls and this was technically one but this was the worst match of the tournament. I don’t want to really talk about it anymore, it wasn’t funny-bad it was the worst type of bad; bad-bad. **

If there is one thing this World Tag League has done it’s made me want to see multiple teams contend for the tag titles more frequently and The Best Friends are one of those teams. This was really good stuff and could’ve easily have gone another 5 minutes. K.E.S play the bullies so well and The Best Friends are great at the underneath baby face roll so it just clicked. Maybe just falls outside of the top 5 rankings. ***3/4

We have a new best match of the tournament so far and the first proper great match. Everyone was great, which is frustrating about Taichi because it shows he can always be like this. Zack pins EVIL with a double team Zack Driver that was kind of like the Chasing the Dragon that apparently they’re calling the Soaring Zack Driver. ****

A decent yet unspectacular show, which completely turned around after the last two matches and those are the only ‘must watch’ matches of the show. World Tag League is good, folks and I am here for it. 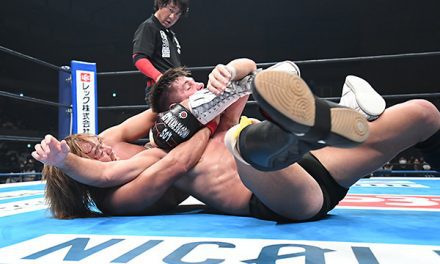 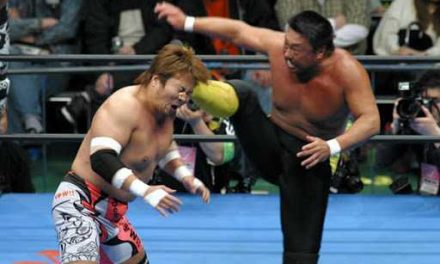