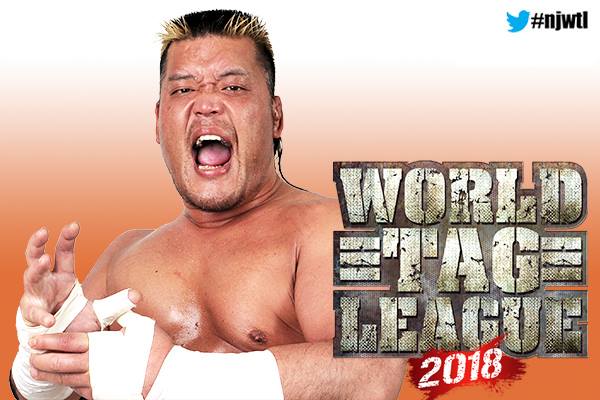 This match was very good. Top 5 of the tournament good, which in years past might not have meant much but this year is different. ZSJ and Taichi didn’t have my favorite match to kick off their tournament but boy have they made up for it since. Don’t forget about the team eloquently named “dick ‘n’ balls” either, they are producing some pretty high-quality matches as well, so just go watch it…after reading the rest of this review of course. ***3/4

This was almost a good match, I mean there was nothing really wrong with the in-ring work it just wasn’t all that engaging. G.O.D have the most formulaic matches that are kind of bland, they’re at their best when they have crazy, car crash brawls and they haven’t had one of those yet. Kojima picking up the win was a nice surprise. **3/4

Well, I’m sick of Yano and it only took 3 matches. I liked him in the G1 this year, I really did, but this is full-blown comedy Yano and man it wears on you quick. The Ishii – Archer/Smith hoss fight interactions are good but it was just few and far between Yano in the ring and Ishii selling for a Yano hot tag. Cheque please. **3/4

A very strong start but I’m afraid that was the peak and the quality quickly plummeted. Just watch the first match.