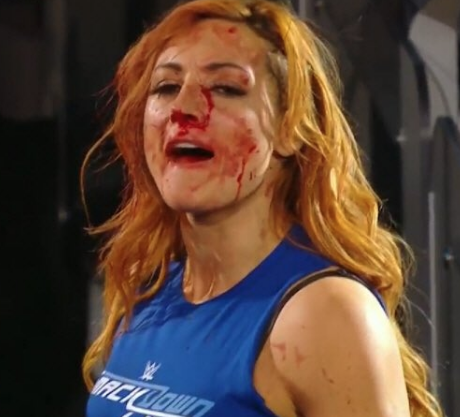 With the Thanksgiving holiday in America, we’re covering two weeks this time around in WWE’s Best of the Week.

The Man comes to RAW

Becky Lynch made her first appearance on RAW since last years invasion as she leads the charge for the Smackdown women. With many comparing Becky to Stone Cold Steve Austin it was quite a sight to see her revel in the chaos as the leader of the invading brand. The sight of bloodstained Becky in the crowd after leaving a division in ruins may end up being one of the most iconic images of her entire career.

Unfortunately, this promo was hurt by the hug with Charlotte but the content and the delivery leading up to it was great. Black eye and belt worn with pride Lynch was her usual self, full of swagger and confidence. Her last line letting Ronda know just how lucky she is reminds us that no matter what Becky will be back to kick Ronnie’s ass.

With the news that Becky would be pulled from Survivor Series this episode was tasked with shaking up the Survivor Series card. This gave us an exciting episode of Smackdown where almost everything had stakes and consequences instead of being a typical go home show.

Dave Mastiff is someone that they are clearly high on and his squash matches so far have been entertaining. With T-Bone here to present Mastiff his first “challenge”, we have a bit of a hoss fight on our hands. For Mastiff it gives him a respected name to beat and an entertaining mini-feud to continue his elevation.

This faction has been following a Triple H trope of having problems with half the roster at once. It helped provide Kevin Owens with feud after feud during his NXT run and is currently something the Undisputed Era are doing on NXT. The Scottish trio is following the blueprint and causing a ruckus whenever they can. They haven’t been rushed to the top but instead are being built up slowly and steadily, a potential confrontation with BSS in future could be a launching pad to main event level for the three but as of now, they’re doing their job well.

This story, like most in NXT has reached its peak just before Takeover, these two got the hype video treatment and it was the usual quality output. While there was maybe a tad too much Gargano that makes sense as Black was hurt for a lot of the build. This was all we needed this week to remind us of why these two hate one another so much and keeps the excitement levels high for Takeover.

Johnny Gargano vs Aleister Black was my favorite match of the night by far. Black was at his absolute best with a tonne of crisp strikes and knees. Garagano sold well for all of it and performed to his usual high standards. While some of the dialogue at the end wasn’t necessary we got a great back and forth match that would not have been out of place on a PWG show.

Velveteen Dream is a megastar

Reactions like Velveteen Dream are getting are rare in wrestling, some of his nearfalls had every single fan in attendance counting along hoping that he would claim the title. Such reactions remind me of the Attitude Era when crowds went crazy for guys like Mankind, Stone Cold, and The Rock when they won championships. What Dream has could be special if managed right and the reactions to him here prove that fans are on board.

The tag team Survivor Series match from the pre-show had bodies flying everywhere and some good high spots like that German Suplex into a sea of people. Once it got down to the last few teams it got a lot cleaner but the action was still non stop. Nothing I’ll remember in 5 years but an entertaining match regardless

To steal a word from WWE’s vocabulary Charlotte Flair SNAPPED. And it was brilliant. The match leading up to this was good but they really grabbed my attention once Charlotte got hold of the kendo stick. She went to town on Ronda and beat her down much to the crowds approval. While I don’t think Charlotte could play a character like Becky’s this was a nice moment of her showing some edge.

Brock Lesnar seems to pick one or two times a year where he is intent on actually trying and being great. Survivor Series seems to be his favorite time of the year as he followed up his classic with AJ Styles last year with another great match here with Bryan. For a while, it looked like we were getting our usual visit to Suplex City but Bryan showed life and took Lesnar further than most. Bryan intelligently tried to pick Lesnar apart but the beast had too much raw power in the end after Bryan looked to have the match won with the Yes Lock. Great match and a main event worthy of a big 5 PPV.

New Charlotte is more than likely a poor attempt at new Becky but at least Charlotte has an edge to her. Playing to her heel strengths while keeping her as a hell-raising babyface could make for an interesting shade of grey character. For her part, Charlotte performed well with her material and toed the line between face and heel well.

Daniel Bryan cut a really good promo to top off his heel turn. His blaming the fans for his turn is heel 101 but his delivery of what could have easily bordered a face promo made it work. Gone was any semblance of life in his tone and all he had was anger and a little hint of crazy. He’s clearly a bit deranged and twisted but it works really well with his “New Danial Bryan” stuff. Can’t wait to see where this goes from here

Devlin continues to impress on NXT UK since it began airing. The Irishman has put on good matches every time he’s in the ring and moved into title contention. Devlin has been built well to be the next challenger for Pete Dunne as he is over as a heel, is good in ring and has been booked strong so far. Ligero is a talented in-ring competitor so he held up his end of this entertaining match and helped put Devlin over. 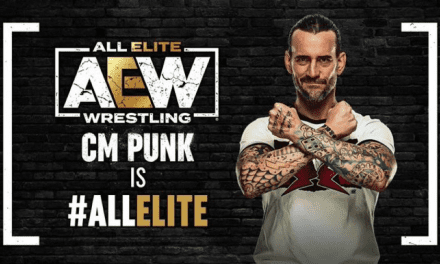 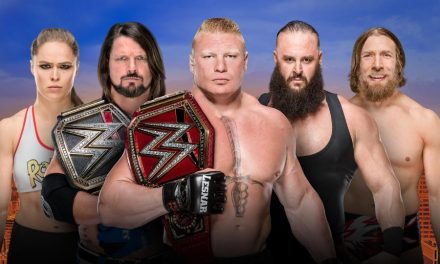