Apparently Cheeseburger recently formed a stable with Eli Isom and Ryan Nova (graduates from the ROH Dojo) called 3-S. I’m not entirely sure what that stands for (if you read this review, Cheeseburger, let me know!), but anyway, Isom took on Flip Gordon here in what ended up being a pretty solid opening contest. It went about eight minutes or so, and there was good action throughout. I haven’t seen a ton of Eli Isom (haven’t watched a ton of ROH TV as of late, but I’m planning to catch up), but he was fine here, for the most part. There was one ugly moment where he went for a spinebuster (at least that’s what I think he was going for) and just sort of collapsed with Gordon. It was one of the weakest spinebusters I’ve ever seen. Aside from that one flub, this was a perfect choice for an opener. Gordon ultimately got the win after hitting his new finisher, which he calls the Flip Five (he basically spins him in the air like you would for an F5, but hits a TKO instead), on Isom. ***

Christopher Daniels came out with Kazarian and Scorpio Sky, and the trio cut a babyface promo before the match began. It’s pretty cool that, while they still have Scorpio doing the “This is the worst town I’ve ever been in” line, they do a clever little transition in the promo by saying that the town (despite being “bad”) is filled with badass wrestling fans. SCU ended up getting the win here over The Bouncers in what was an average tag team bout. Similar to the opener, there was one spot that didn’t look particularly good, as Kaz appeared to slightly botch a hurricanrana to the floor on Brian Milonas. He still got the move off, but it looked like he landed on the floor back first before connecting with it. This went about twelve minutes, which is about four minutes longer than it needed to go. Still, for the second match on the card, it was fine. SCU pinned Brian Milonas (who apparently has the nickname of “The Human Strip Mall”….I’m not joking) after a double-team powerbomb to secure the non-title win. The Bouncers then shared beers with SCU afterwards. I’m not sure if this is part of a face turn, but sharing beers with the guys who just beat you is a babyface move, I suppose. **1/4

Well this was certainly a giant mismatch on paper. It went about six minutes, and played out exactly the way you would’ve expected it to. Cheeseburger tried and tried, but Jeff Cobb just shrugged him off every single time. Cobb seemed reluctant to even try that hard, knowing that Cheeseburger still no chance against him. Despite being physically dominated, Cheeseburger did get a few shots in. However, he was only delaying the inevitable, as Cobb put him away with Tour Of The Islands. This was by no means bad (and it told a decent story), but there wasn’t much to it. **

Before the next match began, Rhett Titus came out and posed in his underwear prior to joining Ian Riccaboni and Colt Cabana on commentary.

Originally, this was supposed to be a regular six-man tag, but after The Kingdom won the titles from Cody & The Young Bucks at Survival Of The Fittest, this became a title bout. I thought it was funny that commentary mentioned how this was sort of a home game for The Kingdom (as they’re from New England), yet they came out to dead silence. Anyway, before the match even began, Vinny Marseglia attacked one of The Boys, and Dalton responded by attacking Marseglia with one The Boy’s silver fanny packs (which Castle called a “Boy Bag”). This was another average bout on this card. The action was a tad better than the SCU/Bouncers match that took place earlier, but not by much. After the aforementioned pre-match scuffle, Vinny Marseglia was actually absent from most of this match. However, he eventually made his presence felt, as one of The Boys got pulled underneath the ring. That boy returned shortly thereafter wearing a Freddy Krueger sweater, and pretended to “slash” The Kingdom until Castle pulled off the sweater. Castle and Taven would then brawl to the back, which allowed Marseglia and O’Ryan to get the win after hitting House Of A Thousand Horses on one of The Boys for the win. Again, this was firmly average, but the more important stuff happened in the aftermath. **1/4

Following the bout, Matt Taven took the mic, and verbally ran down Dalton Castle, noting that he and his boys didn’t stand a chance in New England. He said that he wants to put a beating on Castle at Final Battle. Taven proclaimed that he’s the true ROH World Champion, and declared that he’ll make sure Castle never gets back to the top. This did a solid job of building up the match between these two at Final Battle which, at this point, hadn’t been confirmed yet.

The Briscoes def. The Elite (“The Hangman” Adam Page & Cody with Brandi Rhodes)

As I mentioned in my preview, these two teams had a very good main event on an ROH show in Edinburgh, Scotland back in May. On that night, The Briscoes successfully defended their ROH World Tag Team Titles, and while there were no titles on the line in this bout, they got another victory here over Adam Page and Cody. This didn’t quite match their previous encounter, in terms of a quality, it was still a really solid tag team bout. It was by no means a blow away contest, but it was entertaining for the thirteen minutes that it lasted. Unfortunately, this was the first of two bouts on this card to suffer from a power outage in the building. Initially, it seemed like the iPPV feed went out (typical ROH), but when the feed returned, the entire stage was black, and some of the lighting that was used for the crowd didn’t come back for a few more minutes. It didn’t impact the actual match itself that much. However, it was still a bit of an annoyance, and it wouldn’t be the last brown out we saw on this show. The Briscoes won after a Jay Driller/Froggy Bow combination on Page. Up to this point, this was the best match of the night, though that wasn’t saying much. ***1/2

It’s crazy to think that this was the first time we’ve seen Juice Robinson on an ROH event since January 2017. At that point, Juice was just starting to get his first real push in New Japan. Since then, he’s become a mainstay in New Japan’s midcard title hunt (most recently having a run with the IWGP United States Title), and has improved tremendously as a wrestler. I was very much looking forward to his match with Christopher Daniels, and when the dust settled, they ended up having a strong singles bout. There was really solid back-and-forth action from start to finish, and the amount of time they were given (around twelve minutes or so) was perfect. Juice isn’t a guy that’s going to give you outstanding match of the year contenders, but when he’s in a singles environment, you can always count on Juice to deliver. As for Christopher Daniels, I would say he’s in a similar category. He is forty-eight years old, but he can still go when he needs to. Juice would ultimately get the win after hitting Daniels with Pulp Friction. Honestly, there isn’t much else to say beyond that. Both men worked hard, and they delivered a really good match. Exactly what you would’ve expected from these two. ***3/4

No, that result isn’t a typo. Bully Ray and Silas Young did, in fact, get a win over The Young Bucks here. Fortunately, it was Young who got the pin instead of Bully, as he apparently hit either Matt or Nick with Misery for the win. I say apparently because there was another brownout/power outage in the building, which cut the finish out of the iPPV feed. Despite missing the finish, my opinions on the match itself didn’t change much. It was by no means a bad match, but it was just barely good. After some initial stalling from Bully Ray, The Young Bucks got the early advantage. The momentum shifted as the heels isolated Matt Jackson until he was able to make the tag to Nick, who subsequently ran wild. We all know how great The Young Bucks are, and to me, the intrigue of this particular bout was to see how good of a match they could get out of Bully Ray. Even with the power going out, they managed to have a tag team encounter that was better than average, so in that regard, I suppose they succeeded. It’s intriguing that The Young Bucks did lose here, especially with all of the speculation regarding where they’ll be in 2019. Whether they leave or not remains to be seen, but on this night, Bully Ray and Silas Young, unfortunately, got the better of them. ***

During the entrances and introductions for this main event, we got the first of what would be many lengthy and strange nicknames for Chris Sabin. On this show, he was “The Warrior Poet ‘Constellation’ Chris Sabin”, and while the “Constellation” part would be constant throughout the tour, the first part changed from show to show. Of course, LIJ were insanely over with the crowd in Lewiston. Interestingly enough, while Naito came out wearing his white suit (which he usually reserves for big shows and big matches), he still wrestled in a T-Shirt. Nevertheless, this was still a very entertaining eight-man tag that featured strong action throughout. At just under seventeen minutes, the bout featured plenty of fun exchanges, and all eight competitors had opportunities to shine. This didn’t set the world on fire by any means, but as the main event, it was pretty good. Naito ultimately got the win for his side after hitting Jonathan Gresham with the Destino, and LIJ celebrated as the show went off the air. ***3/4

This first stop on the 2018 Global Wars Tour had the weakest lineup on paper, and when the dust settled, it pretty much met those expectations. Christopher Daniels vs. Juice Robinson and the main event were both really good matches, but aside from that, the rest of the card is easily skippable. That’s not to say the rest of those bouts on the undercard were bad (there were a few painfully average matches, though nothing was terrible by any means), but they didn’t stand out that much. If you had to pick out something like the third best bout, it would probably be The Briscoes vs. Adam Page & Cody, but a few minutes were cut out due to the brownout in the building. Again, this show had two bouts that are worth checking out, but you don’t need to waste your time with the rest of the card unless you’re a devoted fan of ROH. 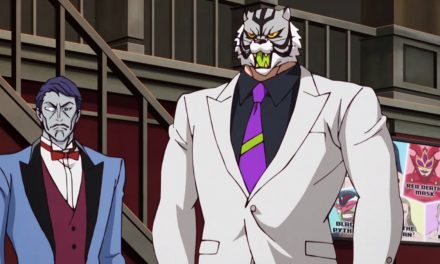 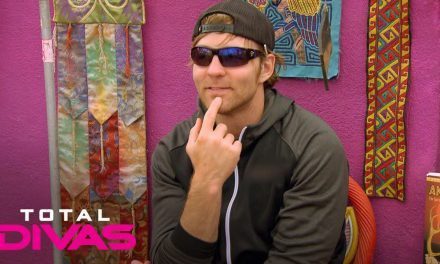