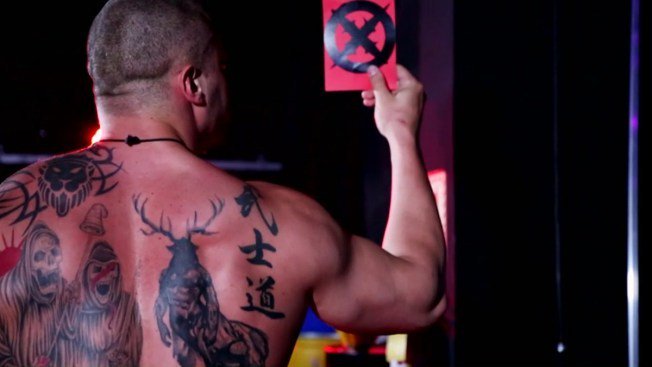 Life is full of disappointments. Ranging from large to small, most of the disappointments we encounter in our lives stem from a disconnect between expectation and reality, or thought and action.

Take, for example, online dating. You meet someone online, you think they seem like the best thing since sliced bread. You build up all sorts of imaginations about how your first in-person meeting will go and then you encounter one of three realities: 1) they’re nothing like they seem, 2) Nigerian Princes or 3) they are everything you expected.

The first of those options is somewhat easier to rationalise than the second. You have not had your confidence tricked in the same way, it’s just a slightly bigger disappointment than the local store having sold out of your favourite food or missing out on concert tickets because of your own personal indecision.

The third scenario mentioned is the one we all want, but often get left longing for. I liken that example, having not engaged in online dating myself, to my own experiences with writing articles.

I often have an idea in my mind about what I want to say and then either, I write something that’s ok but slightly below what I hoped for, something utterly rubbish that makes me feel bad about myself or I reach the holy grail of producing something I’m proud of and that others commend me for.

Wrestling, being the hype business that it is, also mirrors that model. By running on a model that requires the building of matches to garner people’s money, time and attention, wrestling always runs the risk of disappointing us. It’s either not booked how we want, the match can’t possibly live up to the stratospheric expectations we’ve created during the build, or we get given a bait and switch than ruins our engagement.

Impact Wrestling’s Final Hour, and more importantly Killer Kross’ challenge for the Impact World title, left me with that first example of disappointment this week.


Kross’ promos in recent weeks have been chilling and convincing in building him as a new top heel with Austin Aries gone. Likewise, his presentation since his debut has made him feel like a star and has protected him such that this week’s match with Johnny Impact felt like a big test, a trip into the unknown. How would he fair in the main event environment? Would his in-ring match up to the stellar character work that has made him feel like a future face of the company?

The answer was a crushing no, from start to finish.

Having been built as a no-nonsense, psychotic monster it seemed strange that Moose not only came out with him but was then thrown to the back almost immediately. It’s a heel trope, I get that, but it didn’t fit with the presentation of Kross, which up until this point had been immaculate.

That, granted, wasn’t necessarily his fault. That’s the sort of booking decision that comes from upstairs. What followed, however, was a lifeless match with no sense of drama and terrible pacing.

With every big move Kross landed, there was a long pause and lots of jaw-jacking with the fans. There was no Psycho Killer mentality. Callis and Mathews tried to sell on commentary that Kross was deranged and wanted to lengthen Johnny Impact’s punishment, but there was none of that. There was no intensity, limited physicality and throughout my overriding desire was for it just to be over.

Besides the lethargy of the match, at no point did it realistically feel like Kross could win. The match felt like a routine defence for the babyface champion on a house show, or in fact exactly what it was, the end of a three-day block of work where most of the guys were tired and had little left to give.

I walked away from Final Hour disappointed. For a week I’d built up this big singles match for Kross, and hey, maybe I should have seen it coming. His match with Tommy Dreamer was ok, his matches with Fallah Bahh and Petey Williams were fine. His work in Lucha Underground and AAA hadn’t done much for me either. But, and here’s the point I’ve been trying to make, I wanted Kross to be a success. I’d got all these hopes and expectations for what he could achieve, and in the end, it was nothing like I’d envisioned.

That match capped off a show that felt like nothing special. The TV specials this year have been a regular highlight, featuring great matches and storyline advancement. This was, well, there. Just there. Moose against Eddie Edwards was excellent, one of my favourite TV matches this year in Impact, but everything else just felt a bit like an afterthought. Filler, stodge, but no substance.

Final Hour felt no different to a regular episode of Impact. Life has regular disappointments, I know that as much as anyone, but Killer Kross’ performance this week was a particularly big one. 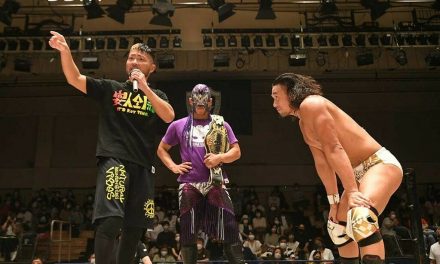 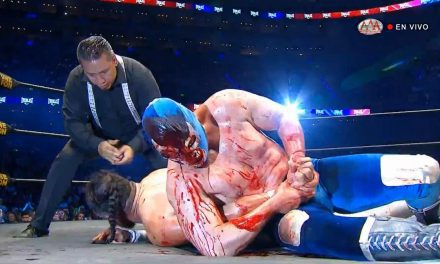