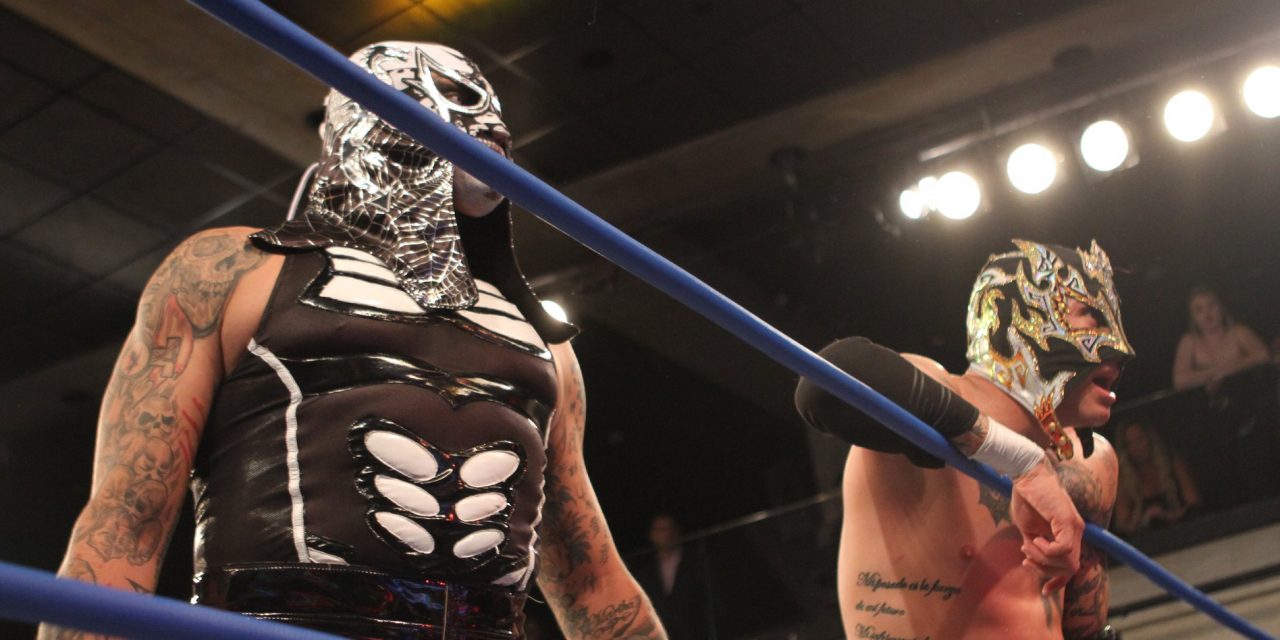 Last week I spoke about new directions. About how with the Bound for Glory dust now settled, Impact’s moving parts were shuffling themselves round to push us on the road to Homecoming.

One title picture without much new direction last week was that involving the tag straps. We got a little bit more advancement on that this week, with Santana and Ortiz beating the Heavenly Bodies in an entertaining match before later in the show they were confronted by Matt Sydal and Ethan Page, setting up a tag team championship bout for next week’s broadcast.

That announced title match annoyed me for a number of reasons. Firstly, Sydal and Page have wrestled just one bout in the company as a team and that ended in defeat. Losing your way up the card is one of my biggest gripes with New Japan and I didn’t want to see that in Impact. I don’t have a problem with Sydal and Page as the next challengers, in fact, I think they’re a good pick as they’re an interesting tandem, but it needed some build.

My other issue was that there is no hierarchy in the tag team division right now. LAX’s feud with the OGz, while compelling, left a vacuum within Impact amongst the relevant tag teams, where no one seemed remotely interested in the titles. In the past, a lack of hierarchy would not have been so prescient, as whilst Impact has boasted some excellent tag teams over the years, in recent memory the division has lacked depth, with no more than a couple of viable contenders at any one time.

That’s not the case at the moment though.

In fact, there’s probably about eight tandems you could put together right now competing in Impact. Enough for a tournament, some might say.

I must admit that I love tournaments in wrestling. When booked right, they add a layer of credibility to the promotion and the craft that others can’t. Over the years Impact has had a plethora of tournaments, from the Chris Candido Memorial Tournament to the various incarnations of the X-Cup and less successful ones like the TNA World Title Series and obviously, Gut Check. We are yet to see a tournament under the Callis/D’Amore administration and now feels like a better time than ever.

Here are the eight teams I’d have proposed for a number one contender’s tournament: The OGz, The Lucha Brothers, The Desi Hit Squad (I know, I’m sorry), Matt Sydal & Ethan Page, Rich Swann & Willie Mack, KM & Fallah Bahh, OvE and one more – either Trevor Lee & Caleb Konley (who are 2-2 with LAX this year) or Grado & Joe Hendry. I’ve left out Killer Kross and Moose because they already have singles pursuits, but they’re another team you could throw into the mixer. There’s a nice balance of faces and heels in there and you’d be able to build up a hierarchy in the division with the tournament and also use it as a pivot to set up future feuds.

For example, you could have the OGz lose in the first round to amplify the frustration shown by King this week, logically leading them to attack the Lucha Brothers to get their name out there. You could have the Lucha Brothers then be affected by that attack and be preoccupied with getting revenge on the OGz so much that they lose in the final to say Sydal & Page. That established Sydal and Page and plausible contenders with three wins, for example. You could even work it so that Sydal and Page get their win back against Swann and Mack, further establishing their credibility.

As for LAX in the meantime, well you could have them do what they did this week. Defend against local teams to keep them in action and maybe have them or Konnan sit in on commentary for some of the closing matches, just to amplify the match between the tournament winner and LAX at the PPV at the start of 2019. Likewise, you could play off the fact that LAX is now the longest holders of the Impact tag team belts in their current guise over their three reigns and present to the fans the notion that shots against a team like this must be earned and not just given out.

Book it how you want, see it how you will, but having a tag team tournament seems like it would have been the best course of action here. It stays with the tradition of logical booking and clear programming that the current administration has followed and allows you to showcase some excellent tag team matches as we close out 2018.

I’m no booker by any stretch of the imagination and hell, I wouldn’t want to be, but that’s my five cents.