Day two of block action has a familiar opener and some bad influences taking on two rookies.

The exact same pairing as day one except this match was shorter. More of a sprint from the two as Rina went to town with dropkicks on Hina. Rina is the fiery one of the two that much is for sure after this match. Rina wins this time as they go 1-1 a pattern that may emerge between these two **1/2

Non-tournament action from the session pair who picked up another win as they continue to look good. Natsu once again got the pin so she is clearly the point winner on the team. I was impressed with Martina here they left her in there for the early portion of the match and she did well. I enjoyed this match though, fun inconsequential action and someone threw a can at Hanan to stop a pin so that’s five stars in my book. ***

J.A.N vs J.A.N in this one. This was one of those constant action kind of tag matches where all four bodies were involved a lot. Good action throughout but I particularly enjoyed the home stretch with Leo and Natsuko. ***

First of all I am here for AZM and Konami calling everyone old. As a 20 year old myself it is one of my favorite past times. A great match which had AZM and Tam kicking the living daylights out of each other early on. Down the stretch, we had great action as Konami scored the win. I came away from this really impressed with Tam and AZM but I am interested in Konami. ***1/2

Hazuki came through on her pre-match promise to beat the foreigners as she scored the win. I thought this was ok and another showcase for Priestley and Chardonnay after they took the Goddesses of Stardom champions to a draw the night before. Nothing blow away but nothing bad **1/2

What better way to whet your appetite for Mayu vs Momo for the white belt than with the two trying to kill each other. Their brief exchanges were definitely the high point of this main event which had great action regardless but really served to make me more excited to see Mayu face Momo in a weeks time ****

Post Match: Bean Sprout humor and a possible new botchamania interlude because Mayu talks too much. We do get a short interaction between Momo and Mayu ahead of their white belt clash. 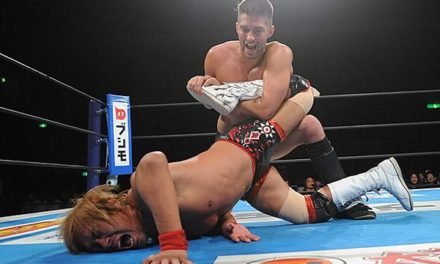