It was a massive week of news for the Dramatic Dream Team and we’ve got you covered this week on Wrestling Omakase. John is joined by returning guest Jesse (@K0jiii) to break it all down, starting with the major news that DDT is running their first ever show in the US next year during WrestleMania weekend!

We do some major speculation on how that might all work out, speculate even more about Mania weekend in general (also talking the rest of WWN, wXw, Wrestlecon, GCW and more), and discuss whether or not we think DDT can draw. Once that’s out of the way we talk another major news story, the news that longtime DDT stalwart Shigehiro Irie will be going freelance after the upcoming Peter Pan show next month. Then we talk a really good DDT Road to Ryogoku 9/23 Korakuen, featuring yet another major development with the debut of CIMA & the rest of the Strong Hearts faction!

Finally, we wrap up the DDT segment with a look ahead at major upcoming matches, including the full card for next month’s Peter Pan show at Ryogoku Sumo Hall! We then shift gears and talk a little Big Japan, breaking down their recent Death Vegas event and talking their upcoming major matches at their own Sumo Hall show in November. We end the show with your questions on all sorts of topics, including Wrestler of the Year picks and more. It’s a fun show focused on DDT & BJW, this week! 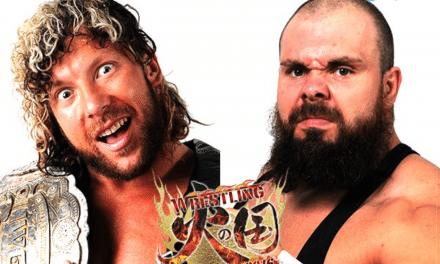