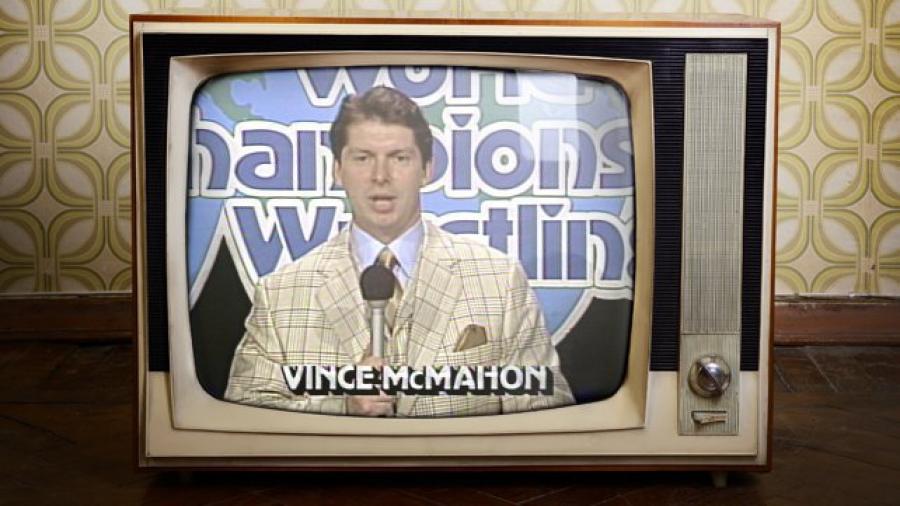 The story of Tim Hornbaker’s new book Death of the Territories is one that’s been told hundreds of times across various mediums: Vince McMahon and the World Wrestling Federation’s meteoric rise to the top of pro wrestling and the transformation of the industry from small, regional powerhouses to a behemoth bigger than the sport has ever seen.

What helps Death of the Territories stand out from the crowd, though, is telling the story differently than any book before it.

Death of the Territories is a unique trip down memory lane aided by the expert weaving of newspaper quotes, detailed discussions of television contracts and anecdotes that combine to provide a well-traveled story from a new, interesting perspective.

Devoted pro wrestling fans know the basic premise of the story but may not know how important of a role regional television networks played in the rise. They may not know the turmoil within the NWA that caused it to slowly fracture. Most of all, they probably haven’t seen or heard the many quotes throughout this book from industry leaders and territorial leaders of the time seemingly unaware of the fate they would soon meet.

Death of the Territories begins by introducing each of the major players in the industry at the time, the major territories and the style behind each of the territories. While I appreciate the detailed look at each region I can understand how non-wrestling fans may be confused at first glance. Very little attention was given to explaining the territorial system. Most of us reading this won’t need a primer for the territorial system, why it existed and how important it was in forming the American pro wrestling industry at the time. We’re good. Your casual fan merely walking by this book at the store or using via Amazon on a whim… they may require that explanation fully understand how different and unique pro wrestling was at the time. You can’t appreciate the rest of the book without a complete understanding of the systems that allowed it to be constructed.

Still, Hornbaker introduces the narrative by laying out the formation of the NWA, why it was so important to pro wrestling at the time and how even from day one, it felt untenable.

Hornbaker’s ability to help you peer into the psyche of each and every major territory helps better foreshadow how and why they would fall in the years that followed. Death of the Territories attempts—and succeeds—in making each territory feel unique to help formulate a narrative structure.

Death of the Territories shines once the introductions are out of the way and Hornbaker can start showing off the breadth of his research. Once Hornbaker is allowed to take the kid gloves off and go “Inside Baseball”, the book goes into overdrive. The integration of newspaper quotes and clippings combined with a near-overwhelming amount of television station call letters help this book stand out among its predecessors.

At times, Death of the Territories becomes a book centered more on the inner workings of 70s and 80s regionalized television than that of pro wrestling. As a nerd of television history, this was right up my alley. Fans anxious for an exclusively pro wrestling book may be disappointed but in Hornbaker’s defense—and he does a fantastic job of defending this throughout—the story of pro wrestling cannot be told without also telling the history of television at the time.

You’ll see pro wrestling through the scope of regionalized television and see it through to the rise of cable and eventually pay-per-view. You’ll learn why McMahon’s shrewd (and expensive) plan to take over the pro wrestling world worked and you’ll see just how close it came to sending him and the company into bankruptcy.

As I remarked to one of my casual wrestling fan friends: this book is as much a history of television as it is telling of pro wrestling history. While earlier I criticized the lack of approachability with regards to the territory system, Hornbaker’s reliance on television history could help this book reach a scope well beyond wrestling fans. I could have absolutely seen myself reading this during my Television History course in college.

Some readers may be disappointed by the anti-climatic finish to the story as Hornbaker discusses McMahon’s destruction of the territorial system but does very little to foreshadow the impending war between WWF and WCW. To me, that wasn’t a big deal.

Speaking of the cover, one may surmise that Death of the Territories is a Vince McMahon hit piece, designed to look at how he destroyed all that old school fans loved about pro wrestling. It’s quite the contrary. There is negativity directed at McMahon, of course, but most of it comes in the form of newspaper quotes from territorial promoters seeing their impending doom drawing closer by the day. Death of the Territories delves into just how close McMahon came to bankruptcy and how a few small transactions including one from New Japan Pro Wrestling’s Antonio Inoki likely saved them and transformed pro wrestling history.

Likewise, the regional promoters of the era are all given fair representation. Some, like Bill Watts, saw the writing on the wall and adjusted with the changing times. Others were insistent that the pro wrestling they had created, that they grew up with would be the pro wrestling forever. They held tight onto the deck chairs as the industry they knew was quickly sinking into the ocean.

Where WWE’s self-produced telling of the story typically paints the old school “‘rasslin” promoter as a chain-smoking, old-school, out-of-touch imbecile, Death of the Territories paints them as smart businessmen unsure and unable to adjust to the rapidly changing world around them. The promoters are presented not as out-of-touch but rather living by an “if it aint broke, don’t fix it” mantra. Some saw the system breaking before them, others waited too long. This representation does a service to McMahon and the story as WWF didn’t just trounce a collection of old boobs easily but rather scratch and clawed their way to the top of the pro wrestling world. Like pro wrestling, you want to paint your opponents as powerful because it helps the conquering wrestler appear stronger. Death of the Territories at no time makes it appear easy for McMahon or WWF to assume power. It took time, effort and most importantly money and many times it almost didn’t happen. This differs greatly from the story WWE likes to tell in their own recall of the story.

Death of the Territories is simply a must-read for all pro wrestling fans. As detailed a look at this time period as any I’ve ever seen. Hornbaker should be complimented for taking a unique, refreshing approach to the topic and knocking it out of the ballpark. Some may find the book overly detailed and boring at times but those who are actively looking to become better educated on the topic will find a near-textbook level of insight and research.

Casual fans may be lost in the book’s early moments but should stick with it as they will be bound to find something to sink their teeth into.

There are some flaws along the way but Death of the Territories is the new standard-bearer in books for this era of American pro wrestling.

I cannot recommend it enough.

Purchase your copy of Death of the Territories via Amazon at https://amzn.to/2Icl1Df 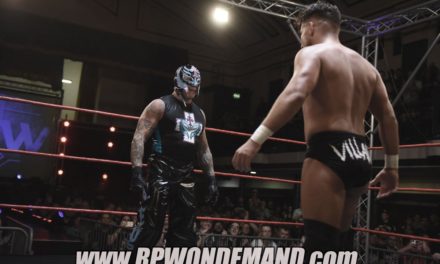 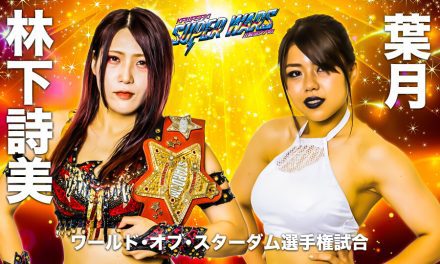 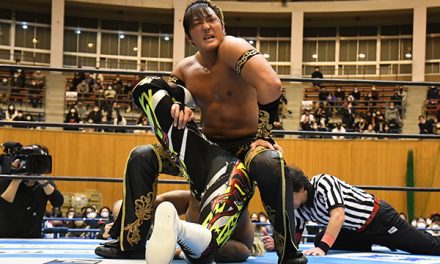