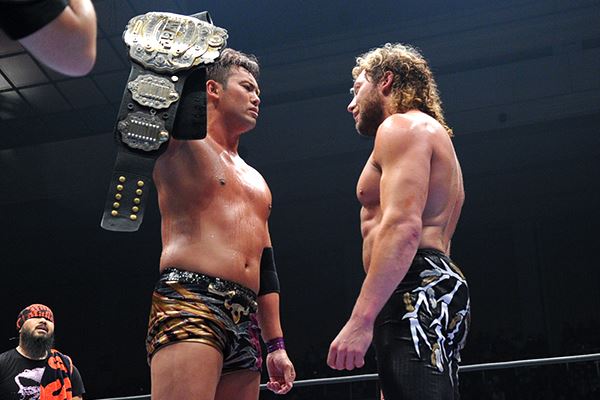 I discovered Dave Meltzer’s ratings on the Internet Wrestling Database website in early 2011. I was surfing the internet for “The Greatest Wrestling Matches of All Time,” because WWE Network/pro wrestling streaming services didn’t exist yet and weekly summer television was awful.

Before that night I only ever watched wrestling from what would now be considered the WWE umbrella (WWE(F), WCW, ECW). That website opened my eyes to promotions all over the world and in the United States that I had either never or only vaguely knew about.

The star ratings helped broadened my scope as a fan and I haven’t looked back ever since.

I can imagine there are many like me in this regard. In the same way I would read movie reviews about an amazing film, or music reviews about an incredible new album, a very positive wrestling review would almost assuredly mean I would try to seek out a match and/or show and watch it. For fans who were ravenous for high quality in a world that had been exclusively run for the last 15-20 years by the WWE, these ratings provide leads on alternates to the WWE malaise.

I remember the first time I took the deep dive into some of the matches that were given the lauded five star rating. It was shortly after the John Cena and CM Punk match from Money in the Bank 2011 was given the rating. I remember watching the match live and knowing that it was something special. When that rating came out, I immediately wanted to seek others like it. I went through the list and found matches like Bret Hart vs. Steve Austin at WrestleMania 13 (to this day my all time favorite match), Shawn Michaels vs. The Undertaker in the first Hell in a Cell at Bad Blodd 97, and Michaels vs. Razor Ramon at WrestleMania 10 that I had seen before.

The first one I watched was the infamous Blood Generation/Do Fixxer from Ring of Honor, since it was the most recent at that point. I remember my mind being blown by the speed, athleticism, energy, moves, and emotion of the crowd. That led me to Samoa Joe/Kenta Kobashi. I had heard of Joe and seen his classic five-star three way with AJ Styles and Christopher Daniels through my sporadic TNA watching, but never this Kobashi fellow, who popped up a number of times on his five star list. After the match was over, and I took a moment to catch my breath, I had to find more about this monster of a man. This led me to his early 90s work against Mitsuharu Misawa and Stan Hansen. It also lead me to his early 00s matches in Pro Wrestling NOAH. Most importantly, it opened my eyes to Japanese wrestling.

Putting ratings on something so subjective has been the cause of some controversy in the last couple of years. There are those like the Young Bucks who have referred to Meltzer as “Uncle Dave” and named a finishing move after him, or Kenny Omega who refers to himself as the “Best Bout Machine” referring to his critically acclaimed matches that have broken the five star scale multiple times over. There are also personalities like Bruce Prichard and Jim Cornette who have railed against Meltzer and the like for their ratings and opinions on the form. The WWE has gone so far as to ban the term “Five Star Match” and Chris Jericho recently talked about the dangers some wrestlers are putting themselves in with some of their acrobatics. In the end, the object of professional wrestling is to entertain and make money, both of which can be accomplished regardless of the perceived “quality” of particular matches.

With that said, it must be noted that nearly all other forms of entertainment, from stage theatre to popular and classical music, to literary works are all rated by critics based on their quality. In many cases, high ratings can attract new eyes and growing attention to a particular medium. This equals more money, notoriety, and opportunities for all involved. Small, independent films who receive gushing reviews at film festivals will often get huge bumps in ticket sales upon release due to the buzz created by reviews. I bought White Blood Cells by The White Stripes when I was in high school after seeing them perform on Saturday Night Live in the early 00s and reading up on their reviews. Before long the word on them grew and they became a hugely successful duo.

Meltzer’s ratings have grown the scope of my fandom immensely over the last 4-5 years. Down this rabbit hole I’ve discovered sites like this very one with articles and educational pieces about wrestling from all corners of the globe, as well as some smaller promotions domestically to devour. They have allowed me to ride the upward wave of New Japan Pro Wrestling over that same time period. I’ve watched stars like Kevin Steen, Tyler Black, and others go from being stars in independents like PWG to ROH to being stars in the WWE. They have introduced me to the British Wrestling scene with promotions like PROGRESS Wrestling and technical wizards like Zack Sabre Jr. and Marty Scurll. I would have never been introduced to WALTER or Ilja Dragunov.

It all started with those ratings.

Beauty does still lay in the eyes of the beholder. One man’s classic is another man’s crap, or vice/versa. I’ve learned that the deathmatch style, for the most part, isn’t particularly my thing by being introduced to CZW and BJW. Comedy matches can be lauded by some, but at times I consider them unwatchable. See DDT or most Toru Yano matches. The old UWF matches were applauded for their realism, but to me are missing a lot of key elements that suck me in to wrestling matches. The fact that there are columns out there about all of these allowed me to seek them out and make my own opinion. I would encourage everyone to do the same.

Wrestling media has exploded in the last handful of years. Wrestlers are appearing on ESPN (which still blows my mind), highlights are shown alongside home runs and touchdowns, and angles are being reported on by major media outlets. For me it just started with a few *****. I’ve been hunting them down ever since. 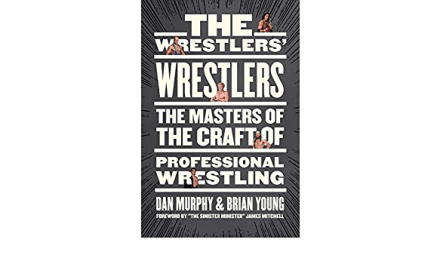 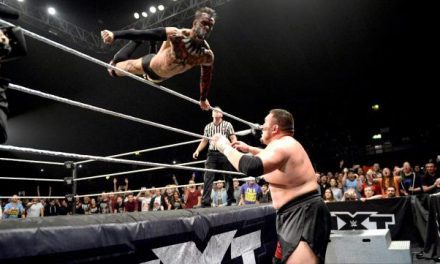